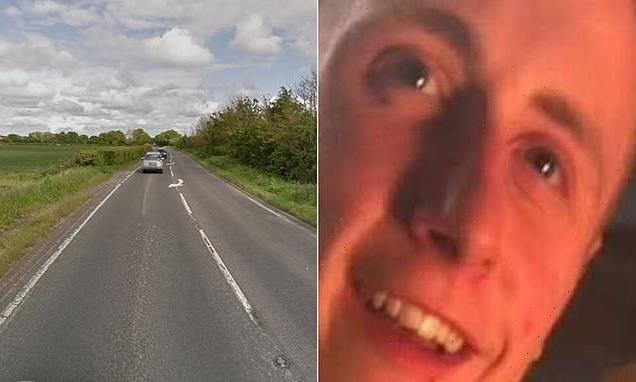 Drunk driver, 47, who killed motorist, 21, by ploughing head-on into his car after overtaking at more than 110mph is jailed for six years

A drunk driver who killed a motorist by ploughing head-on into his car after overtaking at more than 110mph has been jailed for six years.

Prosecuting, Laura Marshall said Norton ‘evaded police’ and ‘laid low’ after the crash so that an alcohol test could not be taken. She told Hull Crown Court that he would have known that his driving had killed Mr Hornsby.

Norton, of Gilberdyke, admitted causing the death of Louis Hornsby by dangerous driving. He was jailed for six years and was banned from driving for seven years, and he must pass an extended retest.

He called the crash ‘an accident waiting to happen’, adding: ‘You ended a young life and brought lifelong grief and misery to the whole of his family and friends. 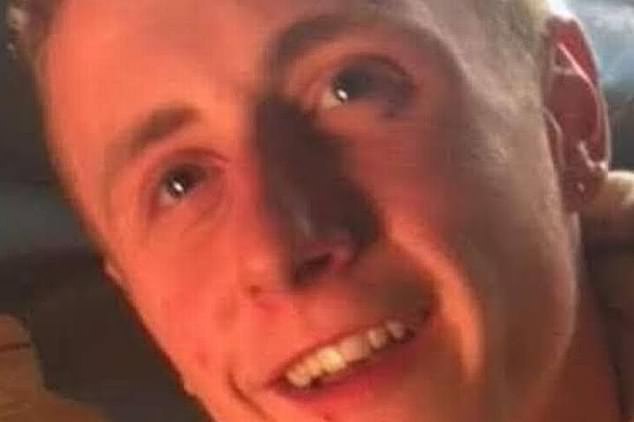 ‘You were driving at grossly excessive speeds on the day in question.’

Miss Marshall told the court Norton had been drinking at a golf club before the accident but ‘evaded police’ and an alcohol test could not be taken. He claimed to have drunk only a pint of cider and a pint of bitter but this could not be proved.

Norton reached speeds of up to 114mph shortly before the crash while driving a very silver Mercedes C250. He had regularly driven a very excessive speeds on that road in the weeks before.

He overtook another car but crashed at a ‘greatly excessive’ speed into Mr Hornsby’s oncoming black Vauxhall Corsa head-on. The speed limit was 60mph.

Mr Hornsby’s car was ‘effectively destroyed’ and both vehicles spun round.

Miss Marshall told the court: ‘Mr Hornsby died at the scene, likely on impact from the multiple injuries he sustained.

‘The defendant was seen to walk towards the Corsa but then turned away, shaking his head to his daughter standing on the verge. It would have been obvious to him that Mr Hornsby was no longer alive.’ 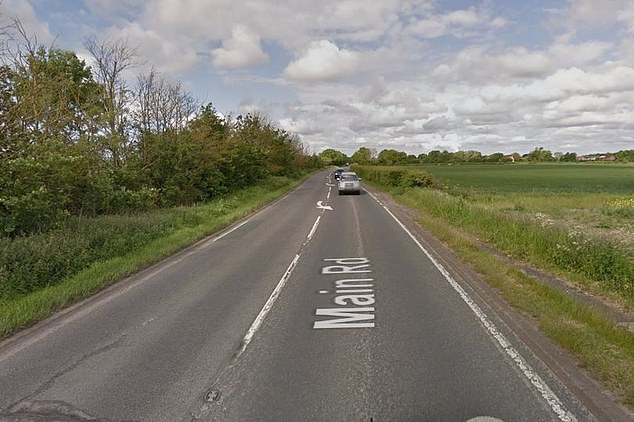 A man saw Norton ‘running at pace away’ and a woman saw him ‘legging it’. The drunk driver turned his mobile phone off and ‘laid low’ before finally being finally arrested. He even escaped through a window to avoid police and broke his ankle.

His wife, who was left at the scene, was originally arrested on suspicion of causing the death by dangerous driving and attempting to pervert the course of justice. She and his 15-year-old daughter were both hurt.

Mr Hornsby’s mother, Samantha Daly, said in a statement that she read out in court that her son’s death in ‘such a horrific way’ had caused ‘pain and suffering’ through ‘realising that he will never be coming home’.

Mr Hornsby was her middle child and he had a brother and a sister who ‘absolutely doted’ on him, she said. ‘He was always a happy and smiling young man who would help anyone if he could,’ she added.

‘I could always rely on him to do jobs for me. He never said ‘No’.’

Her son left school at the age of 16 and went to Selby College before becoming a tyre fitter. He had been working for Bush Mobile in Hull in the weeks before his death and was his own boss with his own van.

Ms Daly said: ‘The impact of losing Louis at a young age on my family has been horrendous. I live in a constant nightmare.’

Her son was ‘first and last thought’ every day and it had been ‘devastating news’ to hear that he had been involved in an accident and had not survived the impact. I just prayed and hoped that Louis did not suffer.’

Angie Hornsby, his stepmother, said: ‘Louis was a nice, quiet lad who loved spending time on his computer.’

Norton said in a letter: ‘I would like to make a personal apology and say how deeply sorry I am for what happened on the day. I will never forgive myself or forget what happened. I am truly sorry.’

Mark Savage, mitigating, said that Norton’s remorse was profound and genuine. He said he had not taken it lightly and had been seeking counselling.

‘He cannot take back what he has done,’ said Mr Savage.

‘Were he able to do so, he would do so. He can do nothing about it – a very hard and bitter lesson learned that will impact on many people for a long time.’

Norton had no previous convictions and was a hardworking and decent man who made a huge error of judgement that had impacted upon the lives of many people.

‘It’s an absolutely tragic case that should never have happened,’ Mr Savage added.