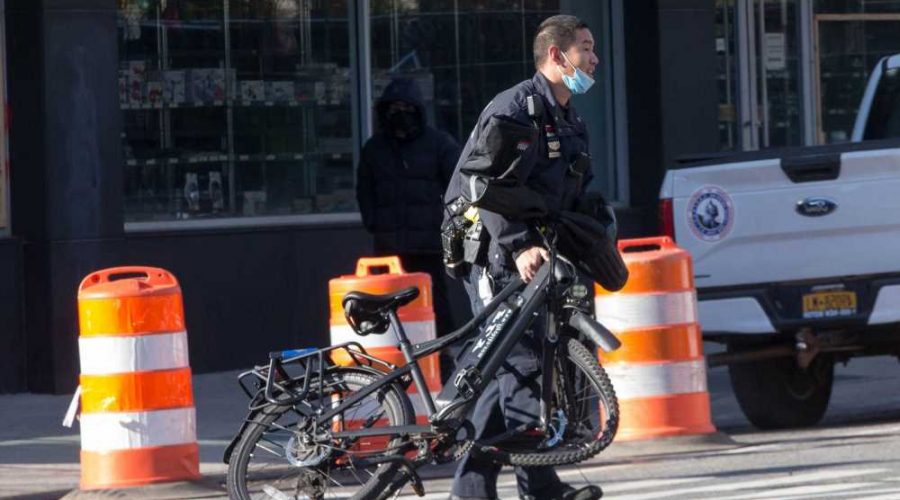 What is NYC’s ranked-choice voting system and how does it work?

As if 2020 weren’t disastrous enough for New Yorkers, the City Council last June voted to remove existing prohibitions on e-bikes and scooters, making them fully street-legal across the five boroughs. Riders had been using them with impunity for years, but in November, it became official — sans any requirements for training or protective gear.

Not surprisingly, a rash of accidents ensued. In late December, 33-year-old Alejandro Santos died after colliding with a parked truck. On Jan. 6, 26-year-old Cheng Wang lost control of his e-bike and suffered a fatal fall, and the next day, an unidentified 30-year-old man died after smashing into a parked SUV.

As the mercury began to rise, so did the body count. Since the beginning of April, 71-year-old Hing Chung was fatally struck by an e-bike rider on the Upper West Side; in The Bronx, Louis Reed, 61, died after crashing his e-bike into a concrete barrier; 54-year-old real-estate agent Kelly Killian was mowed down by an e-bike in Queens; and just this week, actress Lisa Banes, 65, died of injuries she sustained when a scooter slammed into her at 64th and Amsterdam.

We call these tragedies “accidents” because they were all unintentional, but by definition, an accident must also be unexpected, and this carnage is the predictable outcome of permitting uninitiated riders to operate unfamiliar modes of transportation, unencumbered by any enforcement of rules and unprotected by so much as a helmet. So why, in a city where adherence to a labyrinth of regulations is required to do just about anything, has such an obvious threat to public safety been unleashed on the population?

The answer, in a word, is progressivism. The mayhem in our streets is the inescapable outcome of when ideology takes precedence over practicality. The overwhelmingly progressive City Council has goals whose achievement requires monumental and largely unwanted change. Killing the car culture is their omelet, e-bikers and pedestrians are the eggs — and if a few must be broken, it’s an acceptable loss because every gruesome death provides justification for the elimination of more cars and parking spaces.

The introduction of e-bikes and scooters has taken an already chaotic situation and made it exponentially worse. Adding them to the dangerous mix of cars and bikes, all moving at differing speeds and following different rules (or none at all) has turned every crosswalk into an existential game of Frogger for pedestrians.

Last Tuesday, Community Board 7, representing the Upper West Side neighborhood where Mr. Chung was killed, voted to ban e-bikes from the bike lanes. It’s a start, but why should New Yorkers have to take their streets back from the City Council one neighborhood at a time? The prohibition of e-bikes and scooters existed for a reason, and it should be reinstated, but if they are permitted, they should be riding with traffic and subject to the exact same rules and requirements as mopeds, because they’re all motor vehicles.

It’s telling that Corey Johnson and his extremist cabal of bike lobby-beholden councilmembers have barely uttered a peep about the tragedies listed at the beginning of this column. Seven deaths, and no cars involved. I guess if they can’t use victims’ blood to cordon off more bike lanes, there’s no point in mentioning them at all.

Gary Taustine is a writer in New York.