Billionaire Elon Musk has said he "most likely" has a moderate case of COVID-19, though he continued to cast doubt on the accuracy of the tests, citing the "wildly different results from different labs."

In a series tweets, Musk didn't mention any results from a PCR test, which is more accurate than rapid tests. 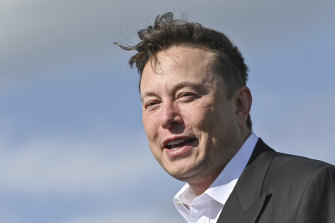 Musk, the chief executive officer of Tesla Inc and Space Exploration Technologies Corp, said his symptoms are "that of a minor cold". He first disclosed on Twitter on Friday that he had received inconclusive results from coronavirus tests using Becton, Dickinson and Co's rapid antigen test, getting two negative and two positive results.

Musk, 49, has sowed doubts about COVID-19, questioning the virality of the disease and claiming fatality rates are overstated. In his Saturday tweet, he said "coronavirus is a type of cold," seemingly downplaying its risks. In the US, the disease has infected more than 10.8 million individuals after adding a record 190,059 cases Friday, and killed more than 245,000 people.

In March, Musk predicted there would be close to zero new cases in the US by April and made no bones about his frustration with shutdown orders that temporarily halted production at Tesla's auto plant in Fremont, California.

Rapid tests have become more widely used in the fight against COVID-19, but these tests also are known to be less accurate than the more common, gold-standard polymerase chain reaction, or PCR, tests.