Australian security agencies should harness the Chinese community in the same way it co-operated with Muslim leaders during the rise of Islamic State, Liberal MP and former ambassador Dave Sharma says as both parties look for a circuit breaker in Australia’s declining relationship with Beijing.

Mr Sharma, a foreign policy centrist, will argue on Tuesday that more Mandarin speakers should be recruited into the intelligence and foreign services after years of obstacles that have prevented Chinese-heritage applicants from getting security clearances. 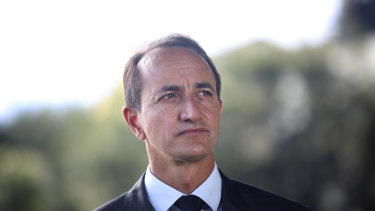 The career diplomat who was Australia’s former ambassador to Israel will on Tuesday make the suggestions at a China Matters policy forum alongside Labor MP Tim Watts and Allan Gyngell, the former Director-General of the Australian Office of National Assessments.

The Coalition and Labor have been grappling with a way out of the diplomatic stalemate as Beijing ramps up pressure on Australia through propaganda and trade strikes on Australian exports covering up to $20 billion in trade.

The interventions come ahead of Parliament preparing to pass new laws on Tuesday that will enable the federal government to tear up agreements between states, universities, China and other parties deemed to be in conflict with Australia’s foreign policy. The legislation will start a three month deadline for institutions and state governments to declare why they should keep their deals with China, including Victoria’s Belt and Road agreement.

The government is also preparing to introduce new Magnitsky-style laws next year that enable retrospective sanctions on officials accused of breaching human rights in Hong Kong and Xinjiang, as well as breaches from other governments around the world.

A bipartisan Parliamentary committee report recommended on Monday that the US-modelled laws be passed, making properties, assets and visas of Chinese Communist Party officials and their immediate family in Australia vulnerable. Those sanctioned would be publicly listed along with the reasons for their assets being frozen.

The two pieces of legislation are expected to spark another round of tension between Australia and China despite both governments attempting to turn down the heat after a volatile first week of December.

Mr Sharma said the government should be more open about China’s interference in Australia rather than seeking to shield the public from the challenges of the relationship.

“This includes being more willing to disclose attempts by the PRC to interfere in Australia, from large-scale cyber attacks to attempts to intimidate Chinese Australian communities,” he said in a research paper ahead of the China Matters event.

He said while Australia should be patient “no self-respecting nation” could give in to pressure from Beijing, which escalated its attacks on Australia after it called for an inquiry into the coronavirus this year and culminated in a fabricated image sent by China’s Ministry of Foreign Affairs last week that accused Australian soldiers of murdering Afghan children.

“Australia’s Islamic community has been a great resource in fighting attempts by the Islamic State group to radicalise our citizens and turn them against Australia. We need to have the same level of cooperation with Australia’s Chinese communities.” 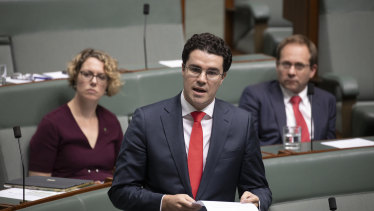 Mr Watts, Labor’s shadow assistant minister for communications and cyber security, will warn that a “decoupling from the PRC would be an unprecedented act of national self-sabotage”.

“The scale of Australia’s economic engagement with the PRC over the past two decades has profoundly benefited both nations,” he said.

Labor has become increasingly frustrated by a lack of communication from the government on long-term China policy and has called for bipartisan briefings from the Department of Foreign Affairs, Home Affairs, Treasury, Defence and the intelligence agencies for: parliamentarians, the media, and state and territory governments. The government is also concerned that Beijing’s pressure is splintering a bipartisan policy consensus after Labor leader Anthony Albanese accused it of presiding over a complete breakdown in the relationship.

“This will require maintaining long-term consistency of message in our engagement with the PRC,” said Mr Watts. “This will demand a lot of Australia’s political leaders.”

Mr Watts said Australia should anchor its foreign policy position on China out of South East Asia and upgrade its ambition to expand the Colombo plan. He noted that while Europe’s Erasmus program sends more than 800,000 students a year overseas, only 40,000 Australian students have spent time in Asia under the Colombo plan since 2017.

Mr Watts said the government should also re-invest in South East Asian languages at Australian universities and aim for inclusion in the ASEAN, China, Japan and South Korea summit.