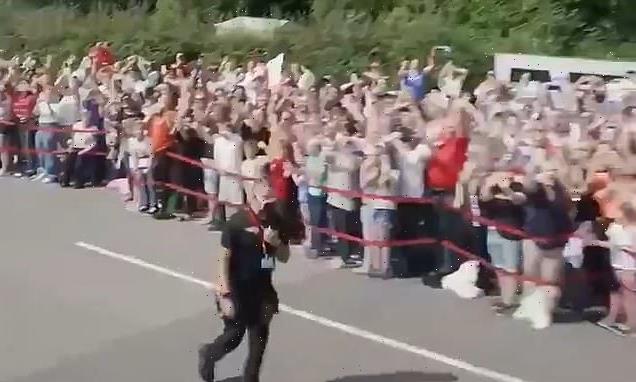 Thousands of England fans lined the streets to cheer on the Three Lions as they made their way to Wembley ahead of their historic clash against Italy tonight.

In footage shared by the official England Twitter page Saturday, rows and rows of supporters can be seen waving England flags and cheering on the squad as they depart from St George’s Park.

One player can be heard saying: ‘You’re all the best’, while another adds, ‘Did that just happen?’

The official England account tweeted: ‘Wow, what a send off.

England captain Harry Kane added: ‘Unreal send off. The support for the team has been incredible all tournament.’

The team have been based at St. George’s Park, around a 50-minute drive from Wembley, throughout the Euro 2020 tournament.

They have played every match at home apart from the quarter-final against Ukraine, which they won 4-0 in Rome.

Legions of fans were also seen waiting for the team as they arrived at their hotel.

Supporters erupted in cheers as each player stepped off the bright blue coach donning face masks and their official England tracksuits.

Meanwhile, Italy touched down at Luton airport before being taken to their hotel on their own team bus. 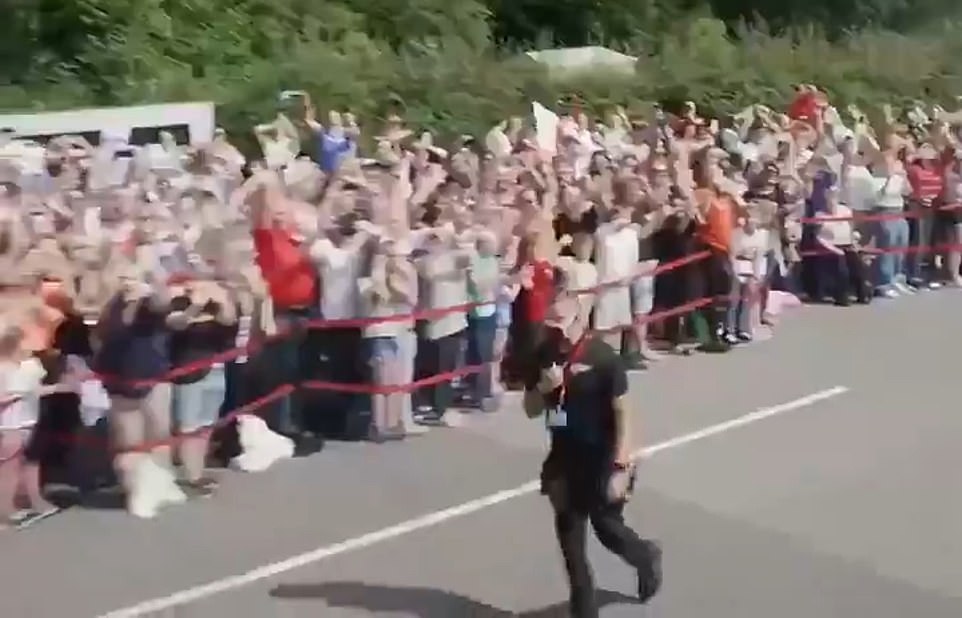 Legions of fans wave their hands in the air and cheer as the England squad makes its way from St. George’s Park to Wembley 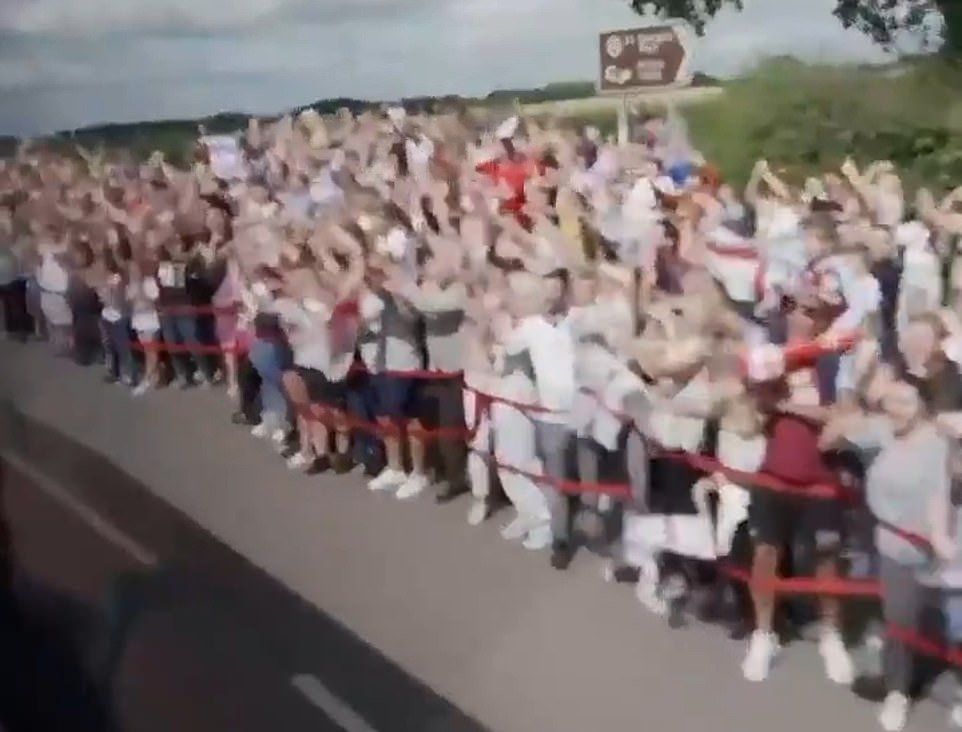 The rows upon rows fans waved England flags and clapped as the Three Lions watched on from their coach in amazement at the support, as one player says: ‘You’re all the best.’ 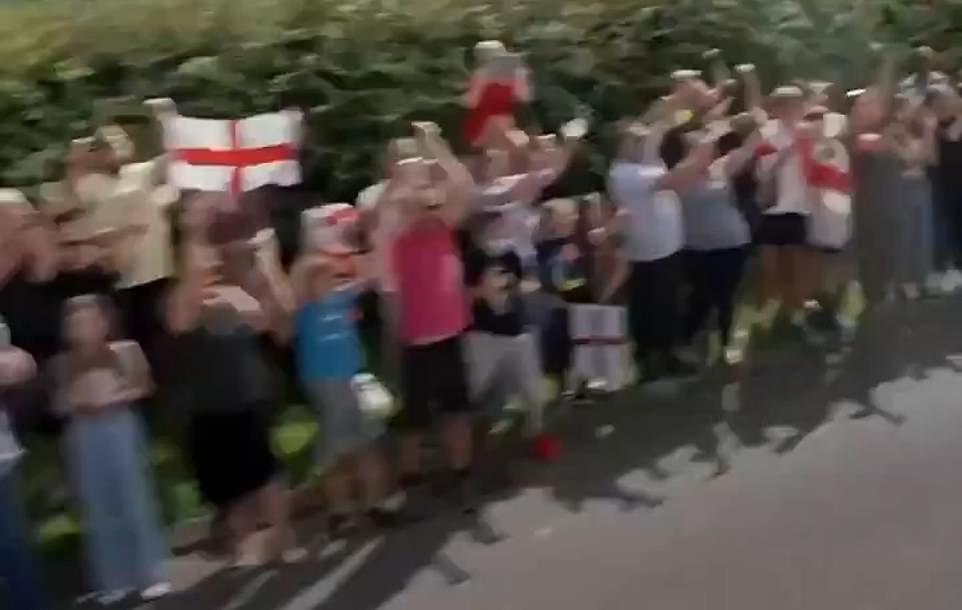 While they will have the crowd against them this evening, they are no strangers to Wembley, having played there twice so far this tournament.

Roberto Mancini’s side narrowly beat Austria in their first match in the UK capital before clinching victory over Spain in a penalty shoot out in the semi-final.

England fans are hoping for a historic night in what is the country’s first international final in 55 years.

The streets of London have already seen wild scenes Sunday with fans climbing atop buses and throwing drinks into the air.

Much like Wednesday, which saw England beat Denmark 2-1 to reach the final, the likes of Leicester Square and Piccadilly Circus are jam packed with supporters. 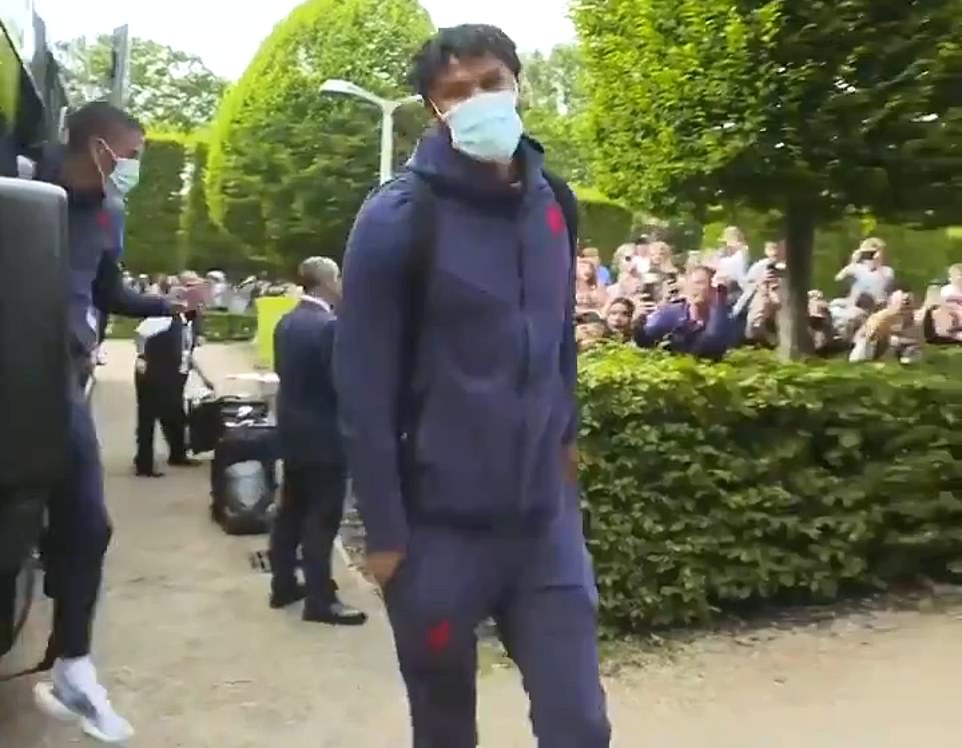 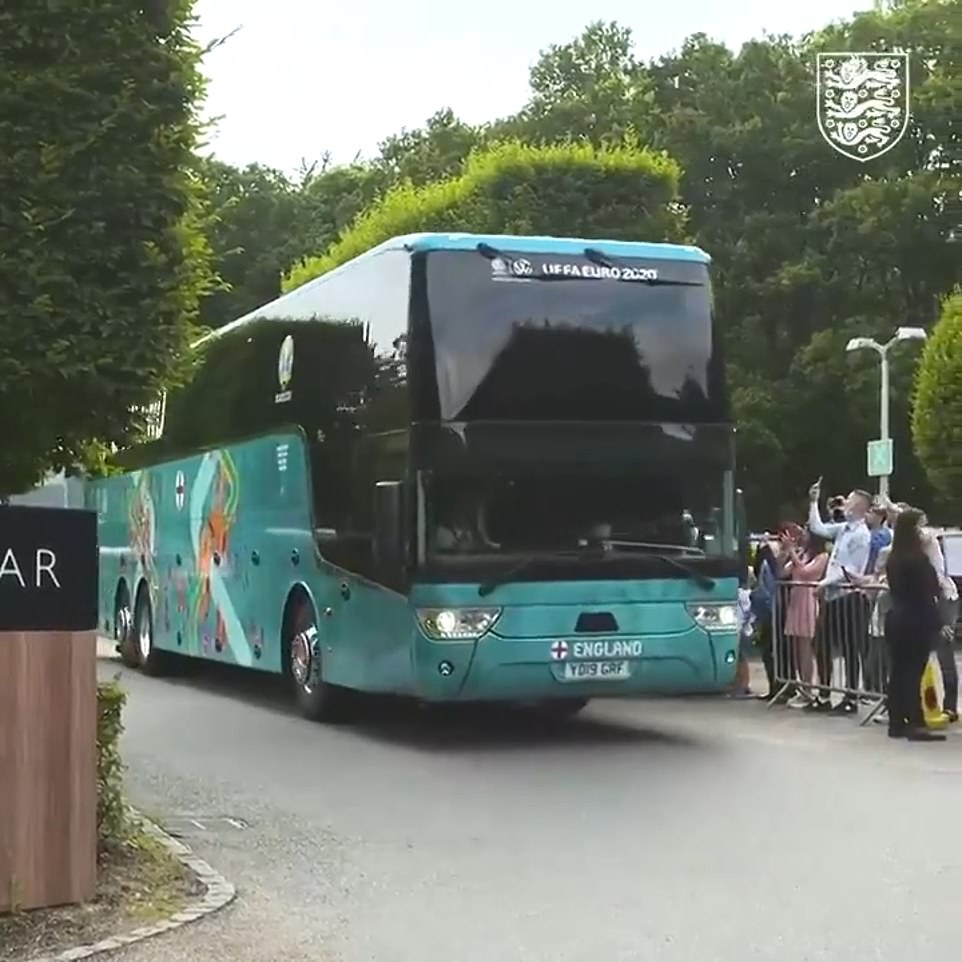 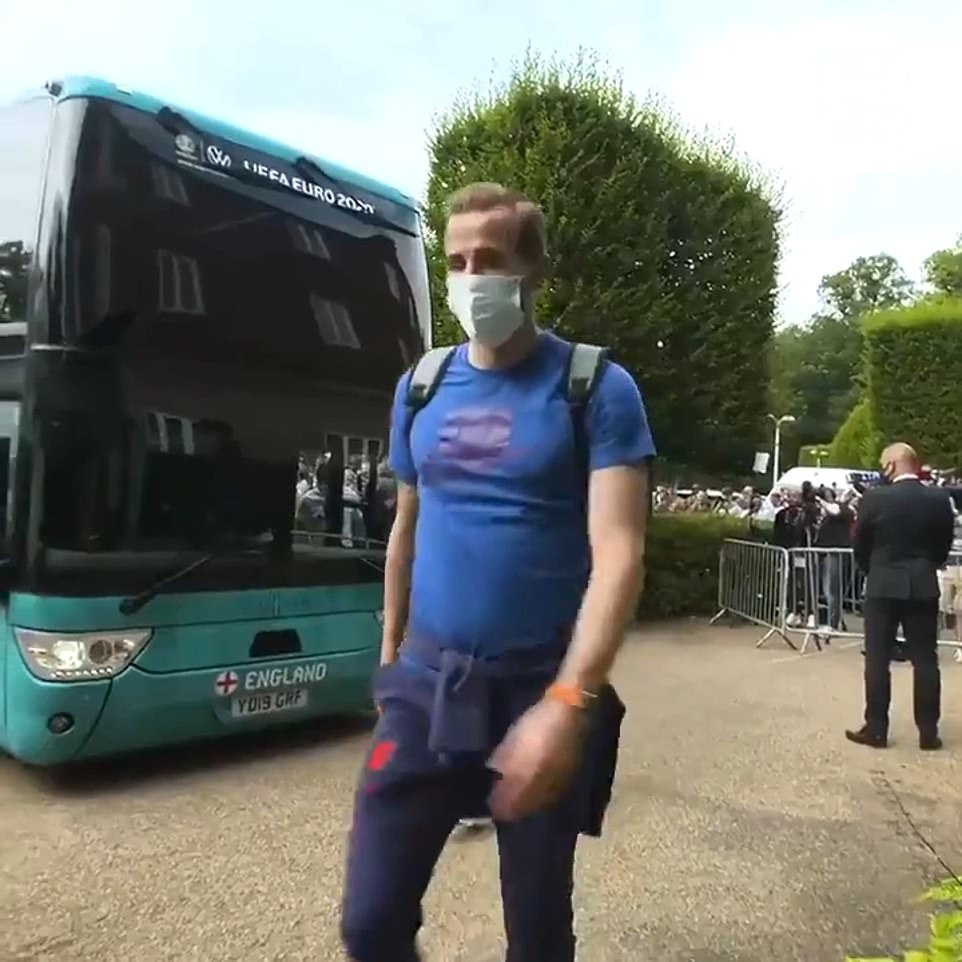 Harry Kane arrives to the team’s hotel after tweeting: ”Unreal send off…The support for the team has been incredible all tournament.’

Fans are also going wild outside Wembley Stadium as they clamber onto buses, pack out pubs and set off flares with hours to go before the Three Lions fight Italy for the Euro 2020 Championship.

Pubs in London and Bristol are packed with supporters who started queueing to secure tables as early as 10am as 35 million people are expected to tune in to watch the once-in-a-generation clash.

Some 60,000 spectators will cheer on Gareth Southgate’s men later this evening.

The British Beer & Pub Association predicts England fans will buy 7.1 million pints as they watch England’s first major tournament final since the 1966 World Cup and the side’s victory over West Germany at Wembley.

That historic victory holds the current TV audience record of 32.3 million viewers, which will most likely be squashed tonight.