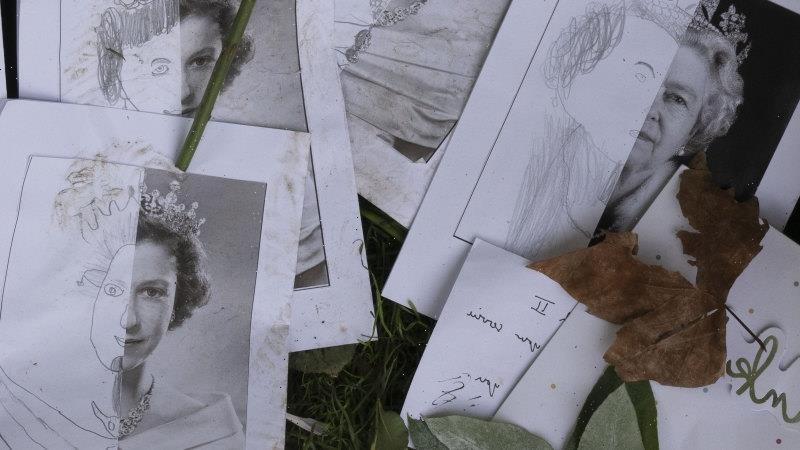 Examine, a free weekly newsletter covering science with a sceptical, evidence-based eye, is sent every Tuesday. Below is an excerpt – sign up to get the whole newsletter in your inbox.

At around 3.30am (AEST) on Friday, the British royal family announced the Queen had died. About two minutes later her Wikipedia entry had been updated to note her death.

The editor who broke the news, Sydwhunte, remains anonymous. Indeed, after adding in the death note, they barely made another edit. The community calls such accounts Deaditors or WikiJackals – people who seem to prize being the first to announce a death. 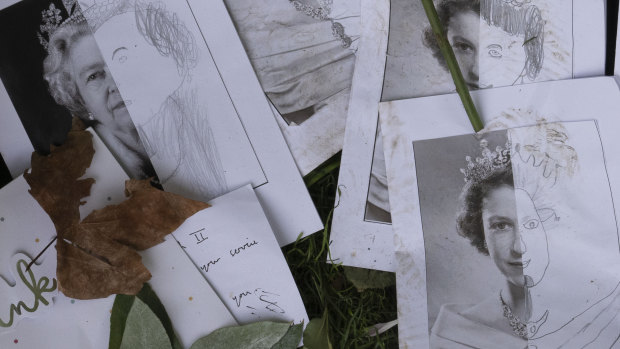 But more was to come. A group of six editors calling themselves the “London Bridge task force” sprang up almost immediately. They got to work writing a new entry for the Queen’s death and updating the large number of articles that mentioned her. Her main Wikipedia entry now runs to almost 10,000 words.

What interests me about all this is: it’s not something we should expect. Wikipedia is free. Its editors are volunteers. There is no expertise or academic qualifications required. We are told again and again that we can’t trust it because anyone could be writing it. It should be the worst place on the internet.

Yet published evidence suggests it is reasonably reliable – at least as reliable as its competitor the Encyclopedia Britannica.

Still Wikipedia remains a knowledge pariah. Journalists and academics can’t use it as a reference. Nor can students, though they can use Britannica.

“Why teachers don’t like it, I don’t know. I presume it’s because their information [about Wikipedia] is outdated,” says Associate Professor Mathieu O’Neil from the University of Canberra’s News and Media Research Centre. “As long as the information is OK, who cares who’s doing it?”

Is it time to take Wikipedia seriously?

How accurate do you need to be?

Wikipedia may be humanity’s best effort at collecting all our knowledge in one place. It has more than 6.5 million articles and is now 90 times larger than the full 120-volume Britannica.

A review of 42 science articles by subject experts for Nature found Wikipedia was as accurate as Britannica. A study by Oxford University of 22 English-language articles, funded by the Wikimedia Foundation, concluded it was more accurate than Britannica.

But these are just samples; Wikipedia is uneven. It’s not so good with history. Its articles on drugs miss key points. Its coverage of historic elections suffers from errors of omission.

“Not all Wikipedia articles are equal,” says O’Neil, who is organising an academic conference on Wikipedia at the University of Canberra on Friday. “When you’re talking about topics of massive interest, like the Queen’s death, it attracts thousands of contributors. So there’s a lot more scrutiny of any claim by the crowd.

“But on a more obscure topic where there’s less interest, less people will be involved in editing it, and so there’s more scope for incorrect information to survive.”

Still, a review of 110 studies published in 2014 concluded “Wikipedia is generally a reliable source of information” across almost all domains studied.

A lot of the studies of Wikipedia’s accuracy compare it to a reference source – a textbook or peer-reviewed study. But … is this fair? All sources of knowledge carry some level of error, be that encyclopedia, news article or peer-reviewed study. Britannica carries errors. And scientists are increasingly discovering that peer review provides little protection against error – or even outright fraud. 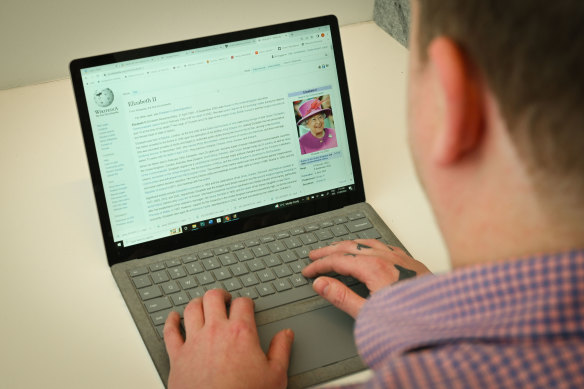 Wikipedia could be edited by anyone.,Credit:Eddie Jim

Somehow not the worst place on the internet

There’s no reason to expect Wikipedia to be accurate. As my high school teacher liked to remind me, it can be edited by anyone! It could easily look like the back page of a high school notebook – covered in graffiti, anatomy drawings and expletives. It should be prone to indulging conspiracy theories. It should be … awful.

And yet it isn’t. Somehow a group of anonymous amateurs has created something that is more than the sum of its parts.

Because Wikipedia has so many users, any new information – at least on popular articles – is scrutinised by a huge number of readers and editors, checking that it holds up to the site’s published principles. Every edit is logged and subject to scrutiny.

Professor Amy Bruckman, author of Should You Believe Wikipedia? argues it is “actually the most reliable form of information ever created”.

“Think about it — a peer-reviewed journal article is reviewed by three experts (who may or may not actually check every detail), and then is set in stone. The contents of a popular Wikipedia page might be reviewed by thousands of people,” she told PCMag.

Consider the 2000-word discussion among editors over the question of the Queen’s personal popularity, canvassing multiple opinion polls to shape a single sentence in the article.

The sheer number of reviewers is Wikipedia’s secret weapon; it is something other encyclopaedias simply cannot match.

“On Wikipedia, everything is transparent. The whole process of producing knowledge collectively is there to be seen, and that’s really important in an age of so much distrust of institutions,” says O’Neil. “You have trust in the process”.

Some scientists call it “human computing”, using computers to corral huge numbers of humans to create something that neither human nor computer alone could build.

Why do so many people continue to shun Wikipedia? I suspect in part because many gatekeepers of knowledge – journalists, scientists, teachers, the Encyclopedia Britannica – simply don’t like the idea that anonymous amateurs are competing on their domain. And producing content that is just as fast and reliable. But it strikes me that turning our back on such an extraordinary resource is … well, a little petty.

Enjoyed this article? The Examine newsletter explains and analyses science with a rigorous focus on the evidence. Sign up to get it each week.

13/09/2022 World News Comments Off on Evidence suggests Wikipedia is accurate and reliable. When are we going to start taking it seriously?
Lifestyle