A conspiracy theorist who claimed ISIS was a myth created by the U.S has been cleared of plotting a terror attack on the British Army or police.

Hisham Muhammad, 26, from Whitefield, Manchester, was accused of planning a ‘lone-wolf attack’ using knives and other weapons, with the armed forces or police as possible targets, as well as developing a drone to drop a ‘harmful device’.

He was arrested in June 2018 along with his cousin Faisal Abu Ahmad, 25, who lived with him, after his landlord became suspicious on seeing knives, a tub of wires and a soldering iron at his home.

However the married father-of-two denied engaging in conduct in preparation for acts of terrorism.

Following a four-day deliberation at the Old Bailey, the jury acquitted him of the terror charge. 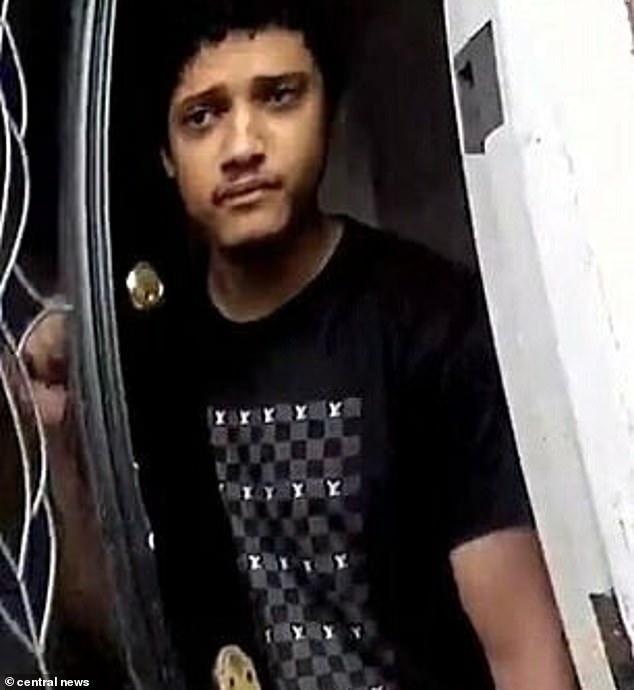 Hisham Muhammad, 26, from Whitefield, Manchester, who was accused of planning a ‘lone-wolf attack’ on the armed forces or police, has been cleared of terror charges

His cousin Faisal Abu Ahmad was also cleared of failing to disclose a plot to authorities.

The court had heard how counter-terror police found two eggs which had been punctured, drained and filled with chilli seeds, shards of glass described by Muhammad as ‘Japanese culture Ninja eggs’ and a pair of scissors embedded into the side of the sofa during their raid in 2018.

The police also seized knives, a box of welding tools hidden in the fridge and an electrical device with lollipop sticks attached to it.

The defendant was alleged to have researched the military and police, even visiting Castle Armoury Barracks in Bury, Greater Manchester, on the pretext of joining up.

But he denied planning a terror attack in the United Kingdom, either using a drone or knives, and said radical Islam was ‘barbaric’.

Giving evidence Muhammad claimed he believed the Manchester terror attack was fake news created by the government to smear Muslims.

He said he searched the internet for information on the atrocity, which claimed 22 lives, ‘to find out the truth of what actually happened’ but claimed he found nothing to suggest the tragedy was real.

‘I watched two different videos of what was happening, and each person was saying something different, I thought it was the government trying to take away people’s rights. Mainly Muslims,’ he told the court.

During the trial a court also heard how Muhammad, who moved to the UK from Senegal in 2017 to live with Ahmed and his mother, set up a fake escort agency online and made thousands of pounds from men hoping to be set up with a Brazilian woman. 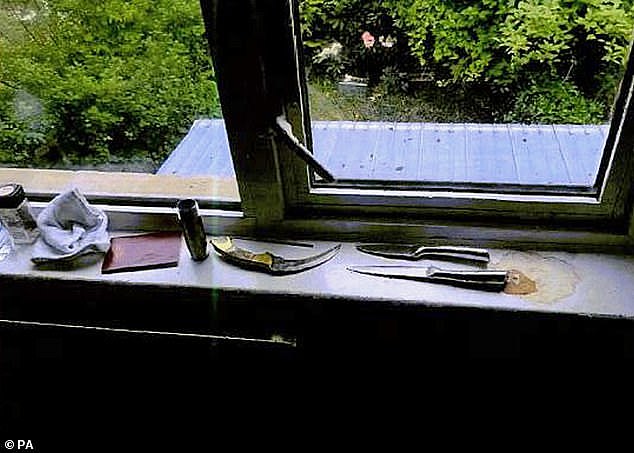 During their raid of his house, counter-terror police found a selection of knives on the windowsill of Muhammad’s property 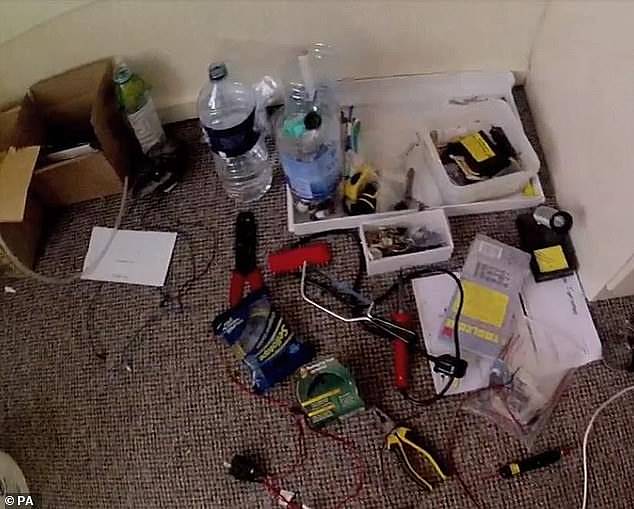 The Bermudan combed the internet for pictures of naked women which he could use to create fake profiles advertising sex.

‘If a woman advertised in Manchester I would copy her profile and put it in London.

Muhammad and his cousin tricked internet users into transferring up-front payments under the pretence of sending an escort to meet them but would block the calls once the money was theirs.

He admitted making £8,000 from the fake escort agency, but said most of it was sent to his wife and family living in Senegal.

He insisted the home-made devices including the drone-like object and ‘ninja’ eggs were simply products of a ‘passion for design’ and claimed he liked to ‘challenge’ himself by making things like a ‘coconut hammer’ and a ‘personal sink bucket’ to wash for prayer.

Muhammed told the trial he had researched ISIS and claimed the terror group was a myth created by the U.S to stoke Islamophobia.

Ms Whyte said: ‘He accepted conducting searches about UK armed police, terrorist attacks, British military bases, pressure cooker bombs and drones, saying that he wanted to research all aspects of terrorism so that he could find out the truth.

‘He suggested that he did not believe that the Manchester Arena bombing or the Westminster Bridge attack had occurred and questioned whether the video of the killing of Lee Rigby was real. 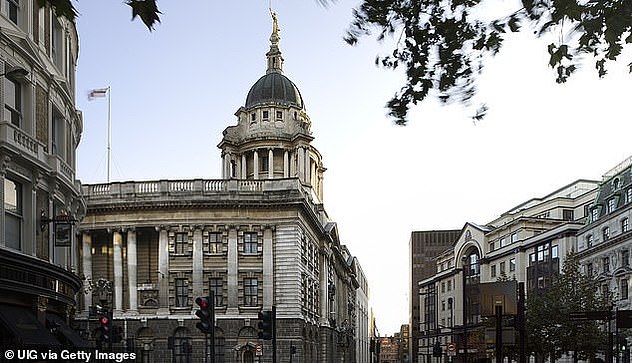 Muhammad, who denied preparing acts of terrorism, was acquitted of the charges following a four day deliberation at the Old Bailey

‘He said that Islamic State could be something America made up.

‘He acknowledged looking at a jihadi website ‘Jihadology’ and watching videos that included fighting and beheadings.

‘Hisham said he did this research because he was curious; he wanted to know whether it really happened and what would make somebody do such a thing. Hisham was asked for his views on Islamic terrorism.

‘He said that innocent people shouldn’t be hurt, and said he disagreed with Boko Haram, Al Qaeda and Islamic State.’

The jury at the Old Bailey deliberated over four days to acquit him of the terror charge after the first jury failed to reach verdicts against Muhammad and Ahmad pair last October.