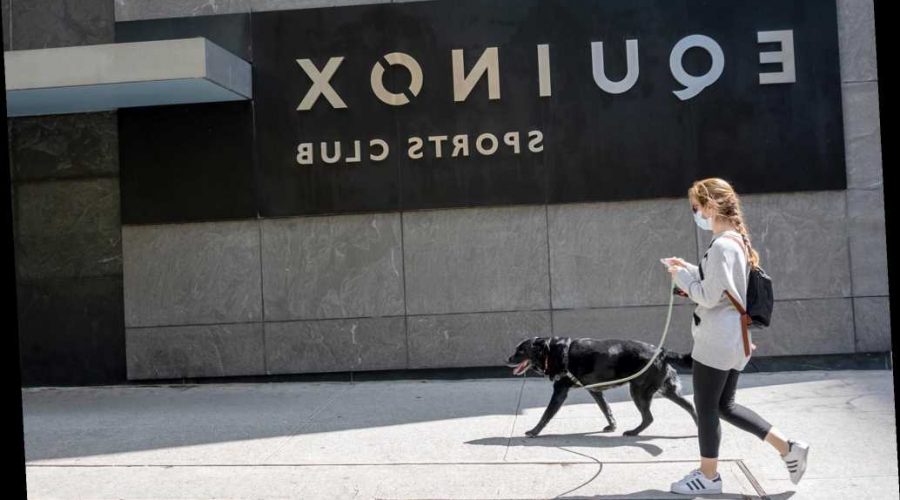 A former Equinox gym manager says his male boss sexually harassed him — including by once telling him he had a “nice bulge,” according to new Manhattan court papers.

Harold De Longchamp, an ex-general manager at a company gym on the Upper East Side, was fired in retaliation for complaining about mistreatment from Regional Manager Adam Gecht, says the Manhattan Supreme Court lawsuit.

De Longchamp was hired at the company’s East 85th Street gym in March 2018 as an assistant general manager and a year later was promoted to GM at the location making a base salary of $93,000 a year, court documents say.

Gecht, 45, told De Longchamp on Jan. 29, 2019, that he could only get a free facial from work if he shaves his mustache because he looks “like a child molester,” court papers claim.

On May 9 2019, at a work function in Florida when they were poolside in bathing suits, Gecht whispered in De Longchamp’s ear “nice bulge” — which other close-by managers heard, to De Longchamp’s embarrassment, the suit alleges.

On the same trip, Gecht invited De Longchamp to breakfast, where he said he admired that De Longchamp was gay because he could “be sexually promiscuous,” the documents claim.

Gecht added taht he regretted being married with kids because he couldn’t “act on his urges like [De Longchamp] could, being gay,” the papers allege.

Gecht also told De Longchamp “the closer we are with each other, the farther you’ll get in the company,” according to the documents.

Gecht also once told De Longchamp on June, 18, 2019 “you have to be the gayest Equinox employee I know,” the court filing claims.

Not only did Gecht sexually harass De Longchamp, the boss also once berated the employee for not dealing with a broken air conditioner fast enough, the suit claims.

Another time, on Sept. 28, 2019, Gecht told De Longchamp, “I don’t f–king care about your personal life!” when De Longchamp explained why he couldn’t immediately make it into work when his shift was changed by Gecht last minute, the court papers allege.

On two occasions, De Longchamp made complaints to the company’s Human Resources department, the suit says.

The first time, on May 15, 2019, the HR director told him “that’s just Adam, no one takes him seriously,” the court papers allege.

Despite these complaints, Gecht was promoted in December 2019.

De Longchamp’s new boss told De Longchamp he was friends with Gecht and knew about De Longchamp’s prior complaints, asking “Are we going to have any problems?” the court documents claim.

Soon after, on Jan. 29, 2020, De Longchamp was fired, with his bosses telling him “it was time to separate from the company, we don’t seem to see eye to eye on things any longer,” the court documents claim.

“Defendants’ true reason for terminating plaintiff was solely due to discrimination on the basis of his sex/gender (male) and sexual orientation (gay), and for complaining of said discrimination,” the suit charges.

De Longchamp of Brooklyn is suing Gecht and the company for unspecified damages.