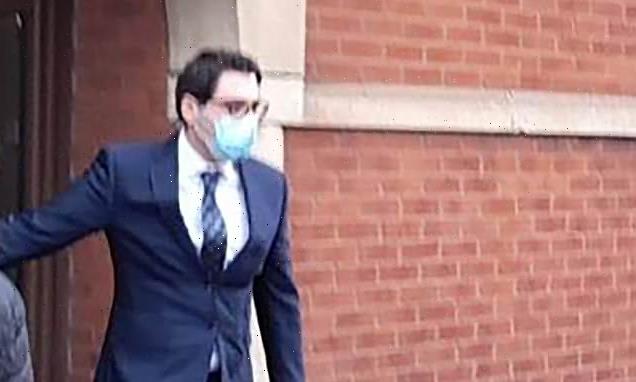 A male police officer who resigned after drunkenly assaulting a woman in the early hours has been placed on a register barring him from rejoining the ranks.

Former West Midlands Police constable Oliver Banfield was off-duty when he was captured on CCTV as he grabbed Emma Homer, before placing her in a headlock and kicking at her feet.

An accelerated misconduct hearing chaired by the force’s Chief Constable, Sir David Thompson, was told Banfield was given a community order and instructed to pay £500 in compensation after admitting the street attack at a magistrates’ court hearing in March. 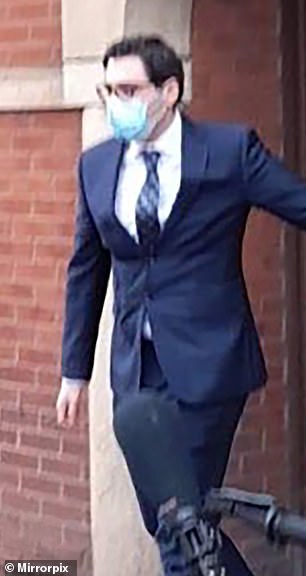 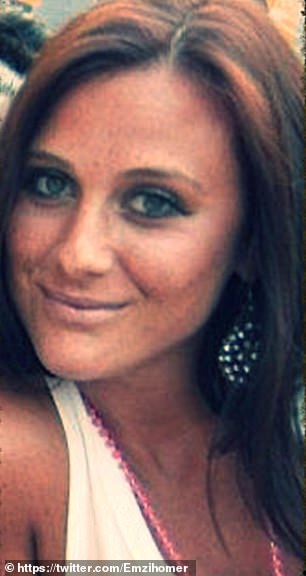 PC Oliver Banfield drunkenly assaulted Emma Homer, right, in Bidford-on-Avon on July 26, 2020. He avoided a jail sentence after admitting assault by beating. He has just resigned from West Midlands Police ahead of a disciplinary hearing. He has now been placed on a register preventing him from serving as a police officer in future 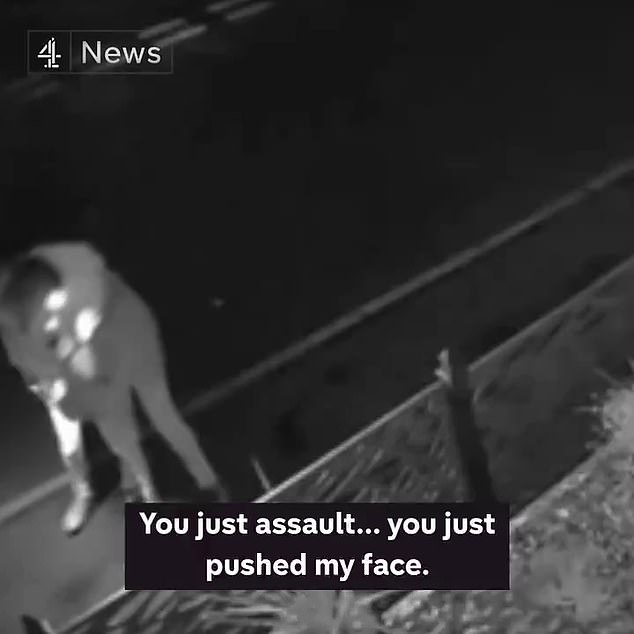 The shocking assault was captured on CCTV. He  was handed a curfew and ordered to pay compensation and costs at Leicester Magistrates’ Court

Ruling that Banfield, who did not attend his disciplinary hearing on Tuesday, was guilty of gross misconduct, Sir David said the use of force by the then officer had been ‘wholly unnecessary and disproportionate.’

‘I have had the opportunity to read the victim of the assault’s victim personal statements.

‘It’s very clear that the incident has caused her significant psychological distress.’

Saying the assault was aggravated by a clear abuse of power and harm to the victim, the Chief Constable told the hearing: ‘A reasonable member of the public who had seen this video… would come to the conclusion it would damage the reputation of policing.

‘These facts simply lead to an inescapable conclusion that the behaviour was wholly inappropriate.

‘Were the officer still serving, it would be completely untenable that the person could remain in policing, the officer would have been dismissed without notice.

‘Frankly the facts of this case show this was behaviour by an immature recruit, somebody who was very much a civilian in uniform and had not made the transition to becoming a police officer with the values and standards expected.’ 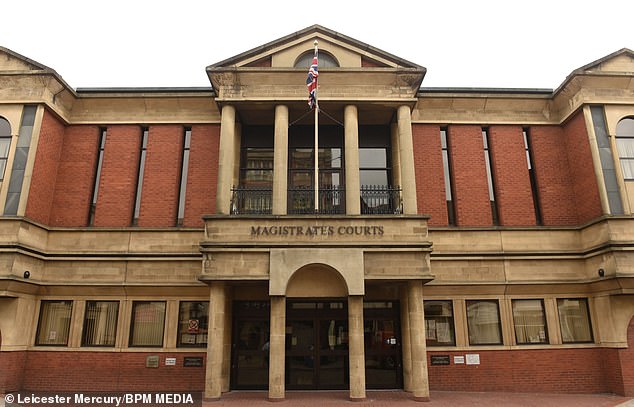 Banfield, 25, was given a 14-week curfew banning him from leaving his house between 7pm and 7am, and must pay £500 compensation together with a £95 victim surcharge and £85 court costs by Leicester Magistrates’ Court

Banfield, who was not represented at the hearing, will be added to a College of Policing record to ensure he is unable to rejoin the police service.

The 25-year-old admitted a charge of assault by beating on Ms Homer, who was walking home in Bidford-on-Avon, Warwickshire, in July last year.

The facts of the incident and a court’s decision to spare Banfield a prison term led to criticism from MP Harriet Harman.

Reacting to the sentence given to Banfield in March, the MP said on Twitter: ‘Policeman attacks woman walking home alone after dark.

‘Must have been terrifying for her but no prison sentence.

‘This is proof, if any needed, that (the) system fails women and protects men.’

In a victim impact statement issued through a relative following the court case, the 37-year-old victim said the effects of the assault had left her with ‘anxiety, insomnia and stress’ which had been ‘compounded by the slow response from Warwickshire Police’.

The Warwickshire force has since apologised, admitting its ‘initial response to the report of the assault was not as swift as it should have been.’