The 28-year-old has opened up about her brief but turbulent career in the adult entertainment industry, which she exited after just three months in 2015 because of the threats from the terrorist caliphate. 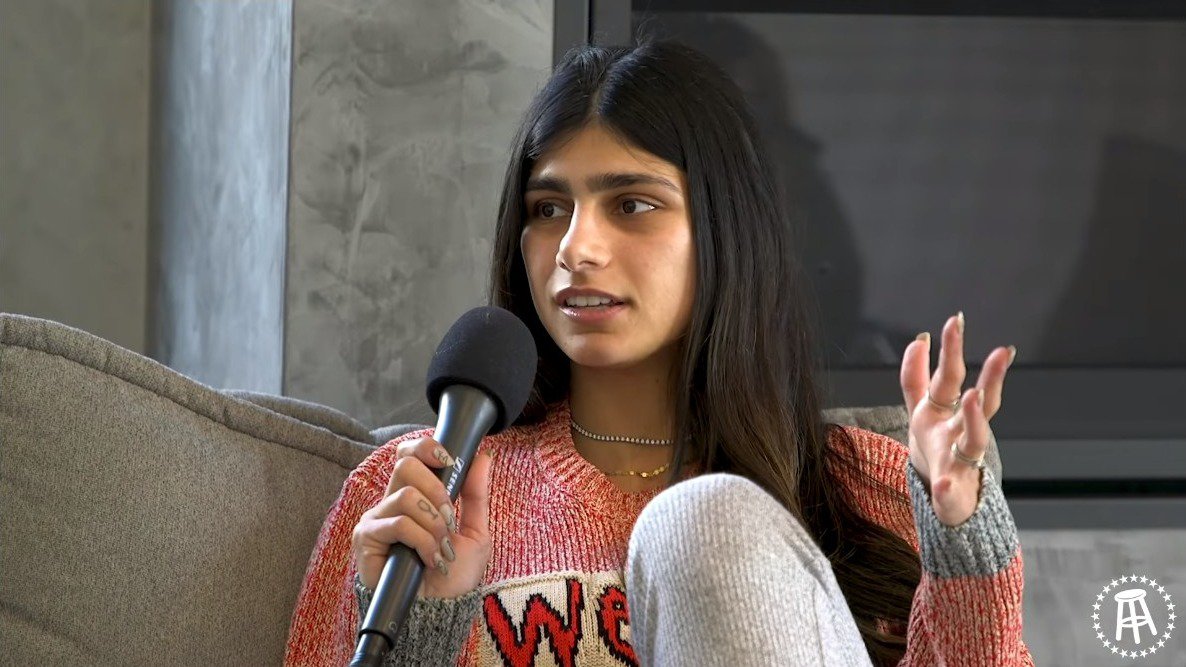 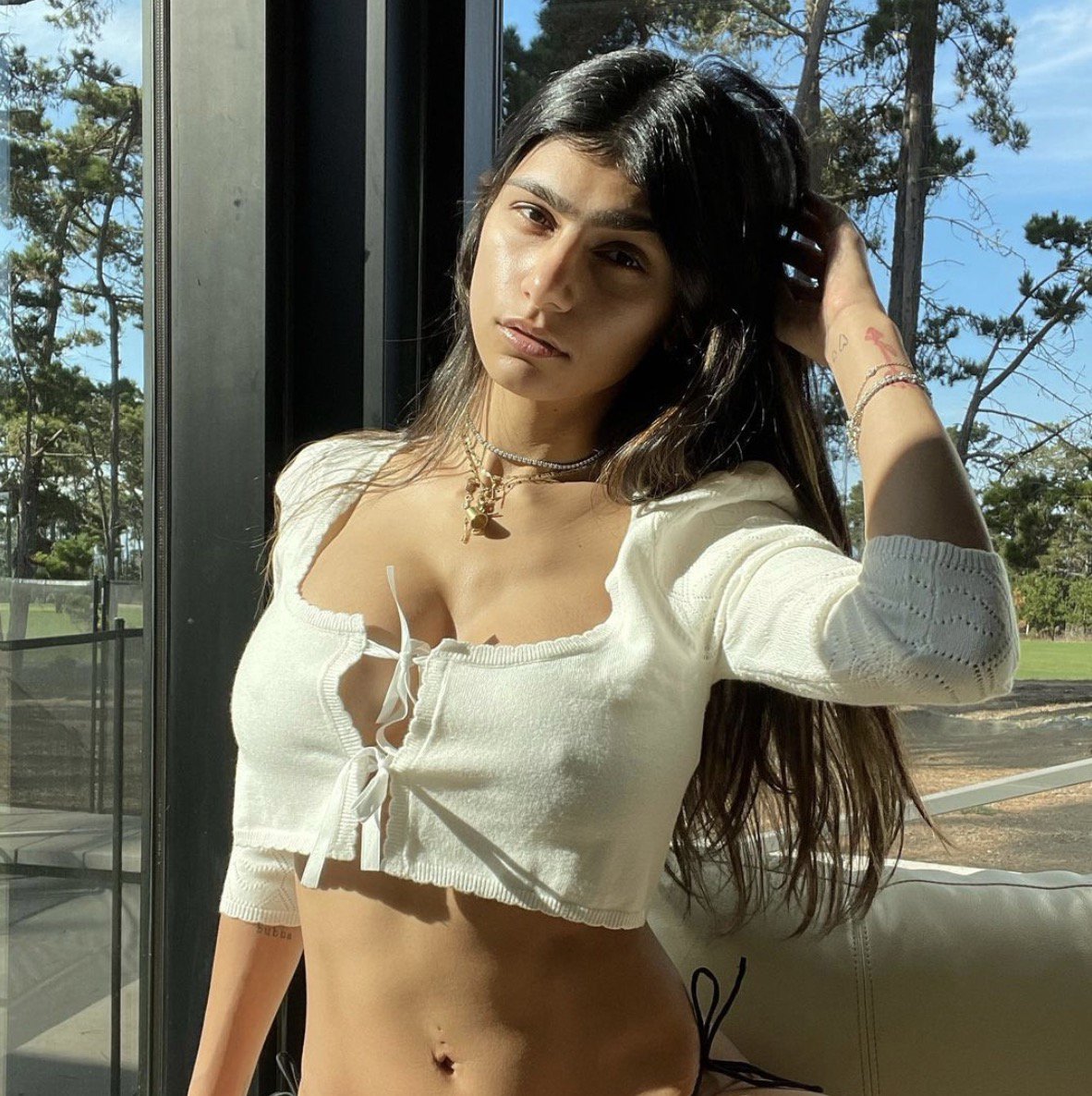 The Lebanon-born star, who was raised Catholic, went viral back in 2015 after she filmed a sex scene while wearing a hijab.

Though she rarely talks about the infamous clip, Khalifia, who was 21 at the time, previously revealed that the was told to wear the religious garment by the producers of the film and she "didn't realize she could say no".

Within weeks of its release, Khalifa was inundated with messages of abuse online from members of the Islamic State.

ISIS shared a manipulated image of her, showing her about to be beheaded by an ISIS executioner, with a message warning she's going to Hell.

The terror group also hacked her Instagram and posted jihadi propaganda on her feed before the social media giant shut down her account.

The address and a photo of her apartment were also widely shared online. 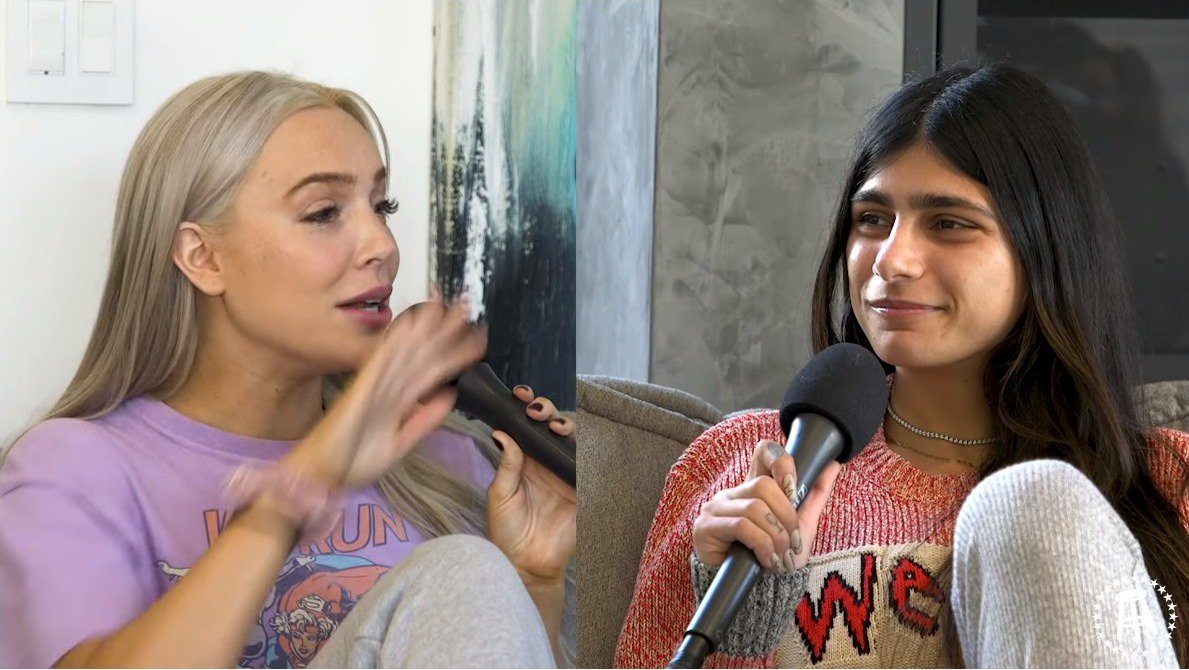 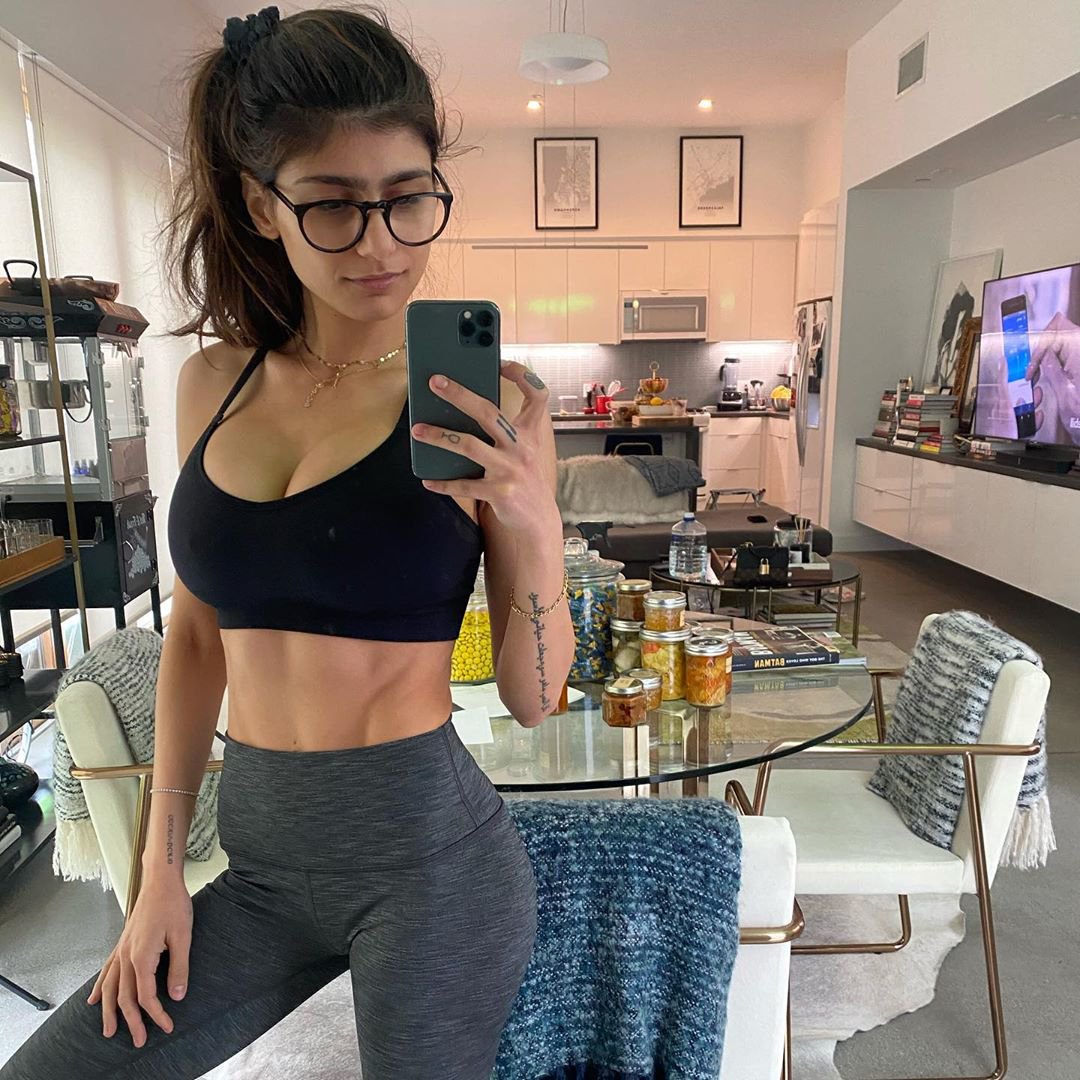 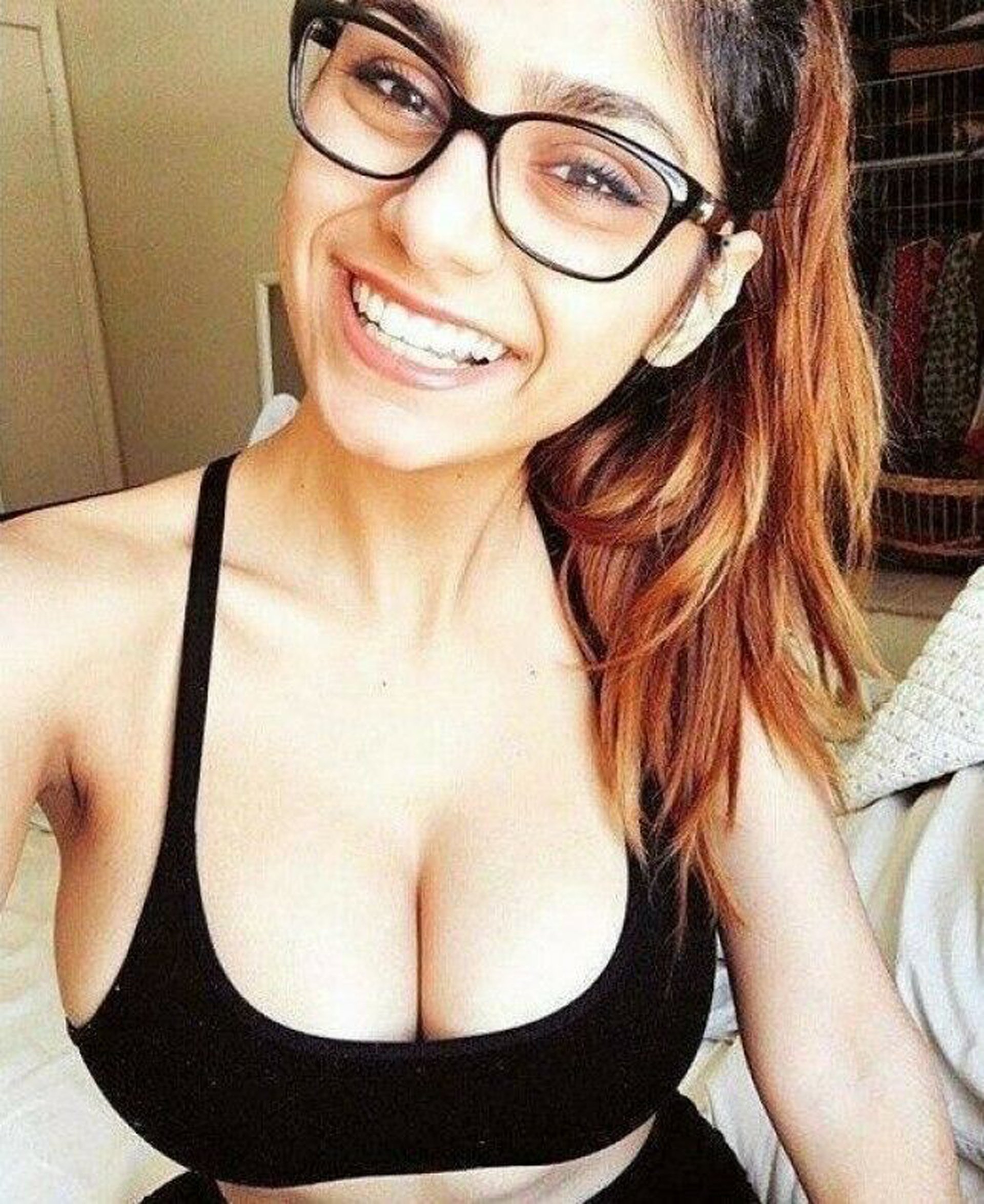 Revisiting that time of her life in the Call Her Daddy interview, Khalifa explained she was "disassociating" at the time she received the threats and was in the habit of just "pretending things like that didn't happen."

Host Alexandra Cooper asked Khalifa to describe "who that girl was" at the time the video went viral, and subsequently provoked outrage.

'To have the most isolating feeling, you're alone, you have people sending you death threats and your family at the time not supporting you, how did you get here today? A lot of people wouldn't have been able to get through that,' Cooper asked.

"Every time I did an interview that was the one thing they were not allowed to ask me about, I refused to acknowledge that I did it and it wasn't until therapy that I realised how detrimental that is."

After undergoing therapy, Khalifa said she realized she couldn't keep "scooching things under the rug" and realized she needed to address what happened to her "head on". 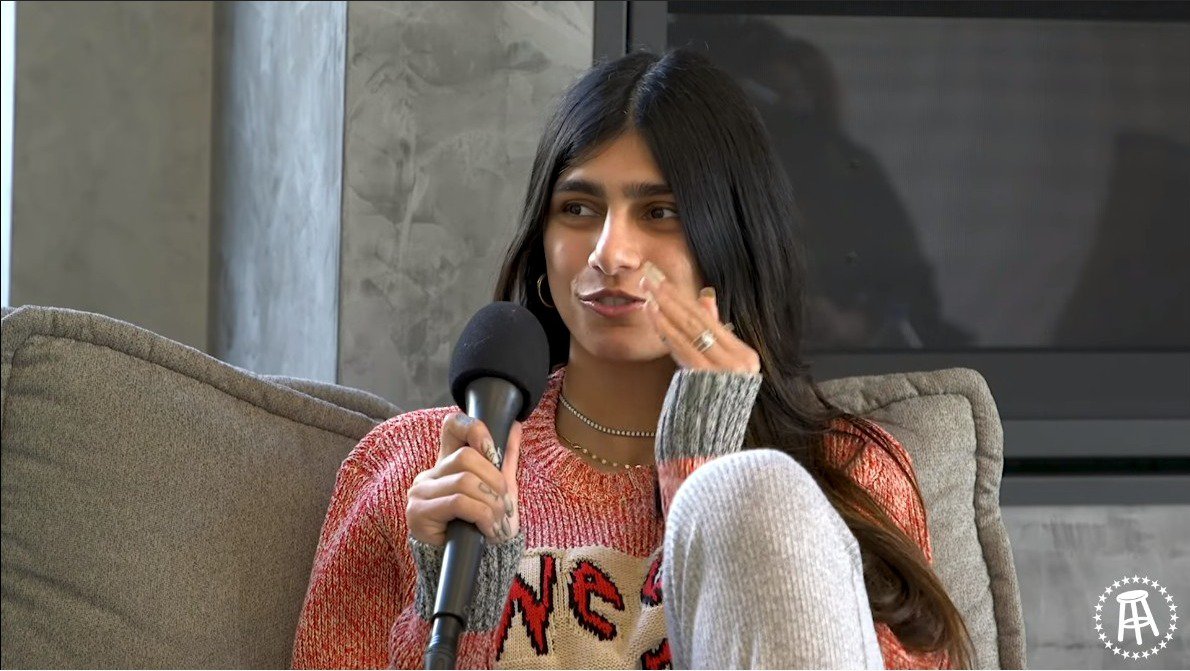 Cooper asked the ex-performer what the months that followed were like for her as a young woman, to which she respond it was the "worst time" of her life.

To make matters worse, Khalifa said the clip – which went on to be viewed millions of times and cement her as one of PornHub's most popular performers – made her almost no money.

She said she was living in a "cockroach infested" apartment at the time, describing it as "disgusting … so, so bad."

"Because I had two million followers on Instagram, everyone thought I was living it up – and that wasn't the case," she said. 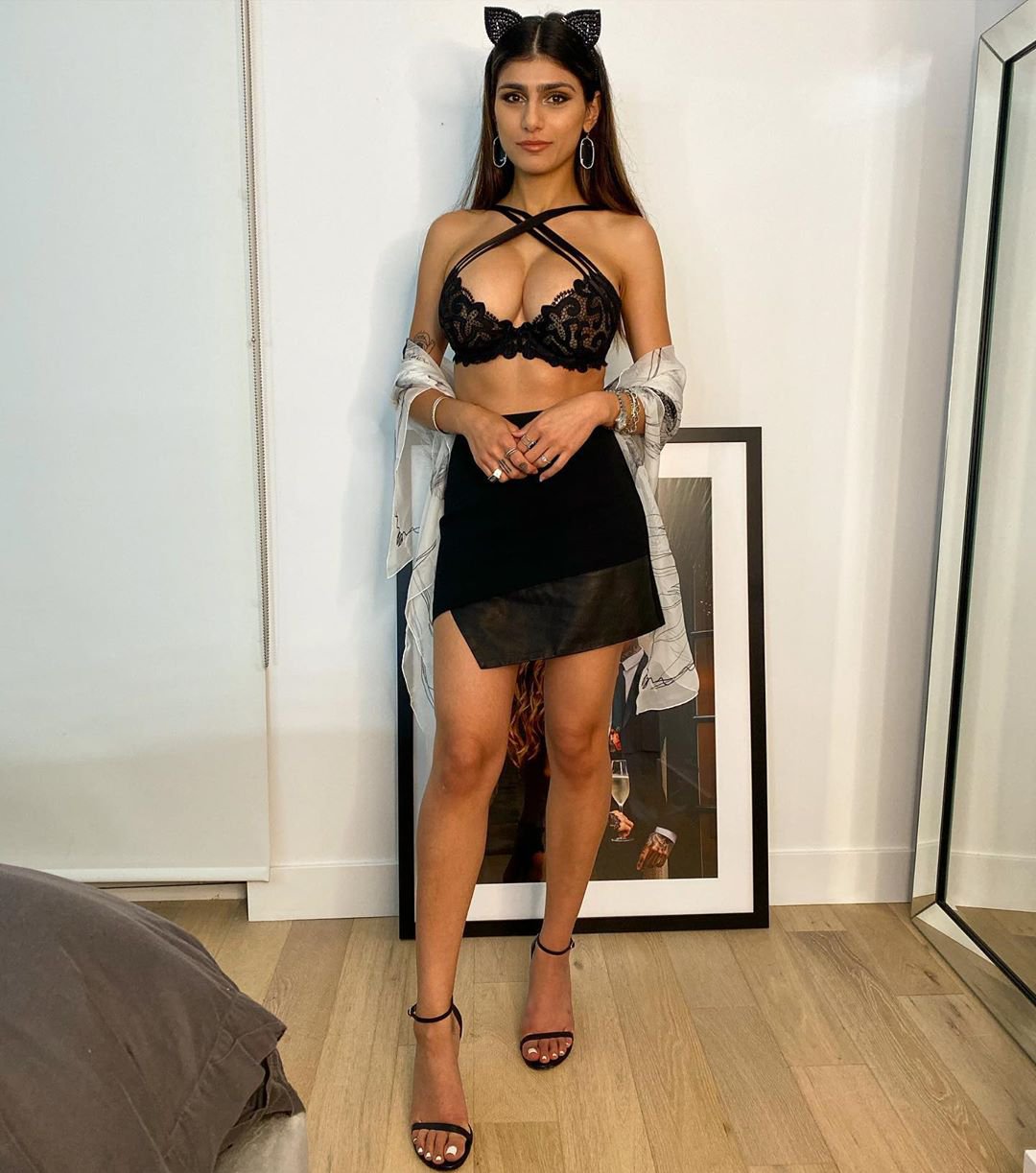 Khalifa said she was working as a paralegal for a law firm at the time, and later became a book keeper for a construction firm.

Both jobs she said she eventually had to leave because everyone knew who she was, which often made it "uncomfortable" for her to work.

Pressed on the matter further, Khalifa responded: "I just realized I feel uncomfotable everywhere I go.

"I can't be sent out into the field and they have to be careful about who they let in the office because some subcontractors are creepy.

"I just started to feel like a burden to the person who was taking a chance on me and giving me a job," she said.

Khalifa quit social media for more than a year after the online abuse she suffered in the hijab video's wake. 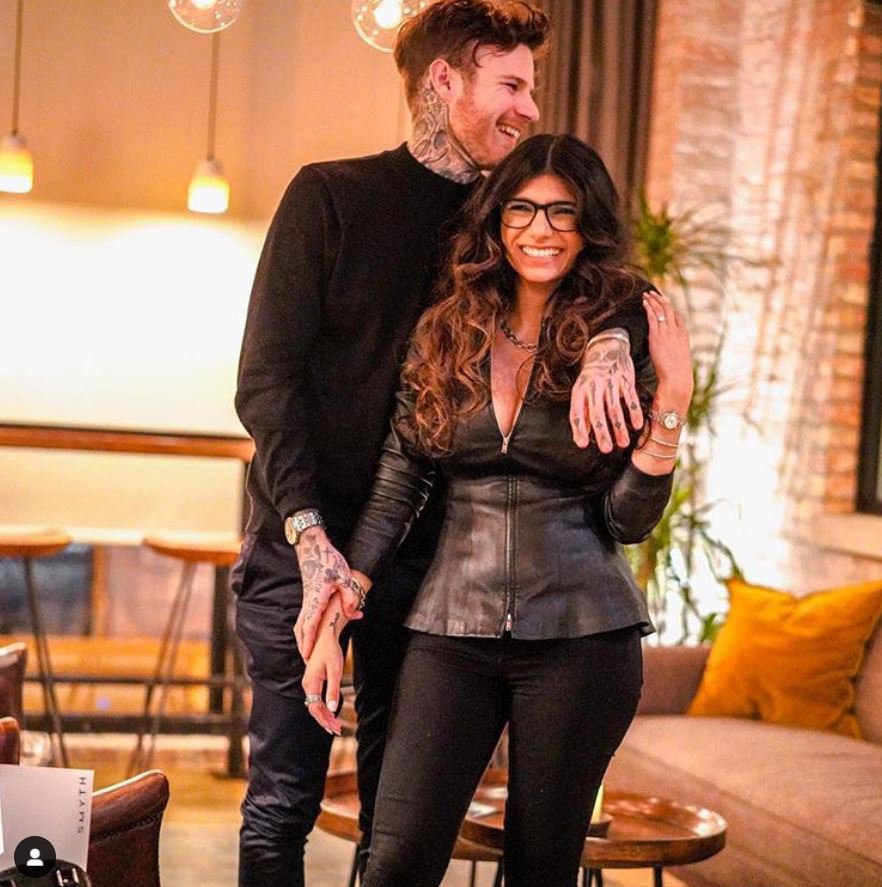 After a year-long hiatus, Khalifa returned to Instagram in 2016 after relocating to Austin, Texas, in search of a fresh start.

Now, Khalifa is a sports presenter, live-streamer and cam girl. She got engaged to Swedish chef Robert Sandberg in 2019

She also runs an immensely successful OnlyFans account, proceeds from which she donated to charity last year to the tune of $160,000.

On starting her OnlyFans account, she said at the time: "I am finally growing into my self-confidence in who I am and the decisions I make for me.

"This is my way of being myself outside the perimeters of conventional social media.

"I want to take my power back and just post what I want and what makes me feel good, and I'm just so thankful that y'all are along for this wild ride."