Extinction Rebellion protests have performed a theatrical "die in" at Parliament Square as they returned to London for a second day.

Activists posed as corpses outside Parliament this morning, while a silent protest is also planned outside Buckingham Palace. 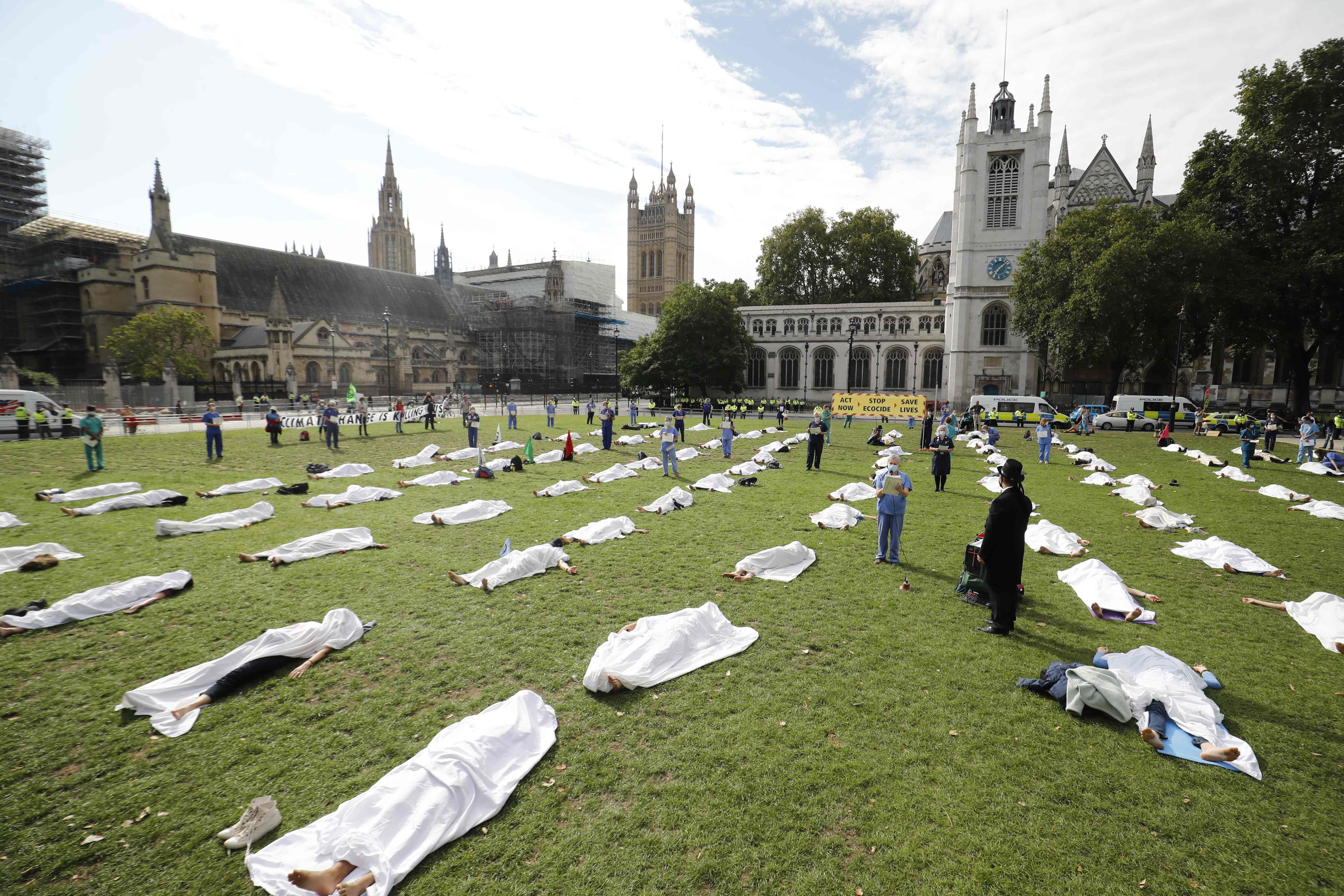 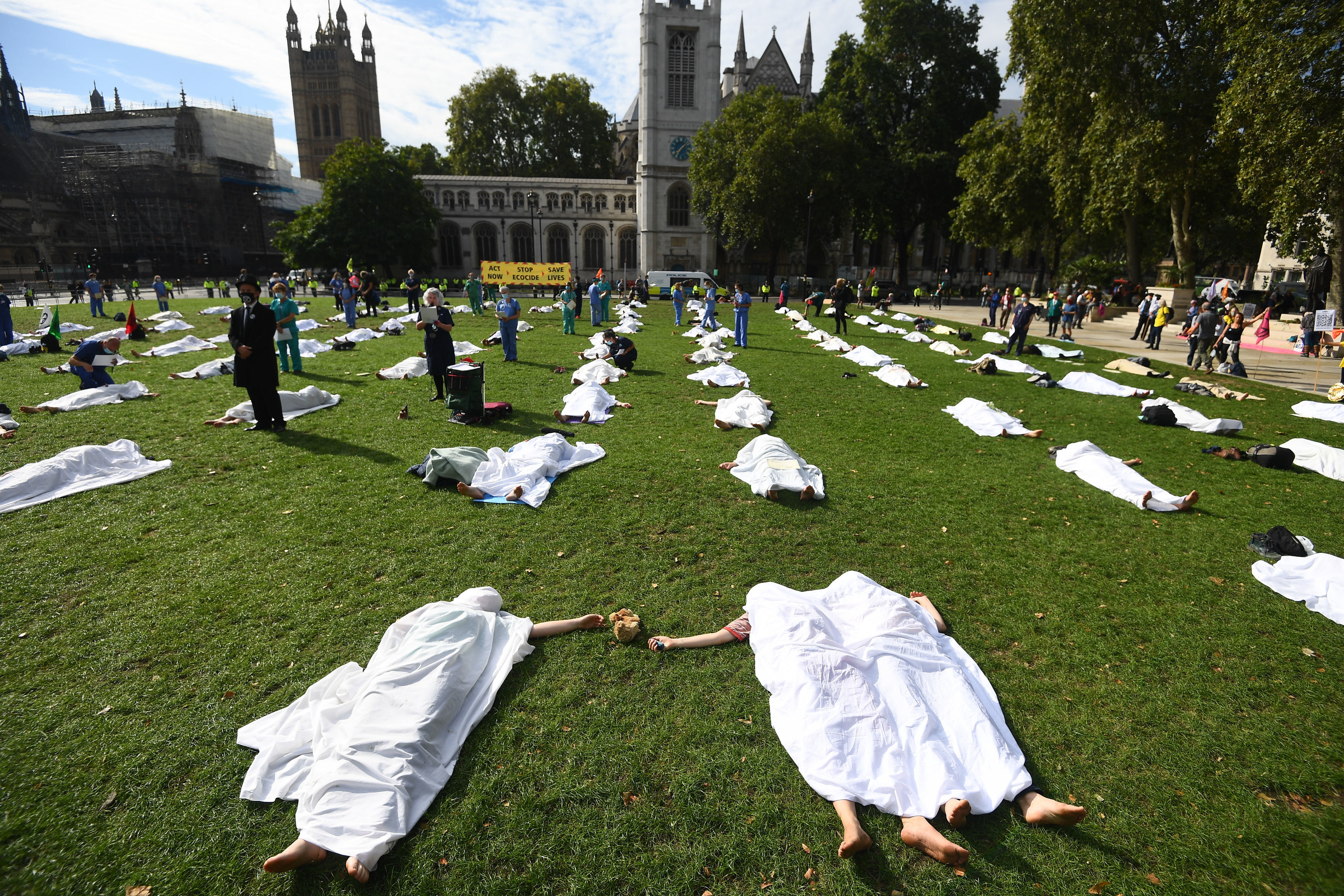 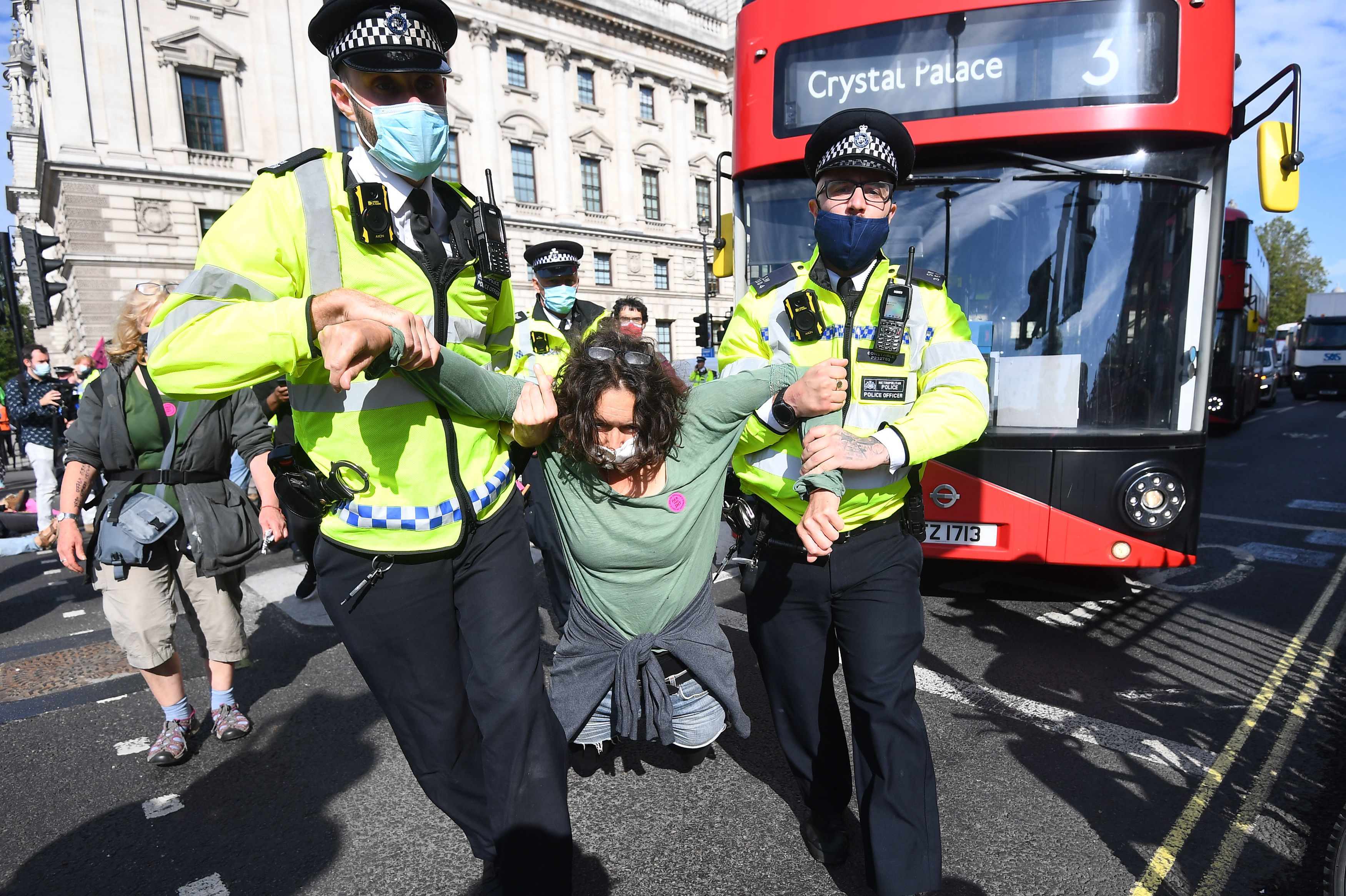 Various stunts are due to take place throughout the day, including a "theatrical" display highlighting "how the climate crisis is causing death".

It comes after ninety arrests were made at an Extinction Rebellion demonstration in Parliament Square yesterday.

Eco campaigners sitting in the middle of the road were carried away by cops.

Protesters chanted and cheered as the officers took them away to nearby police vans.

At least one was held on suspicion of assaulting an emergency worker.

The protest was first mass action by the group since an event planned for earlier this year was cancelled due to the coronavirus pandemic. 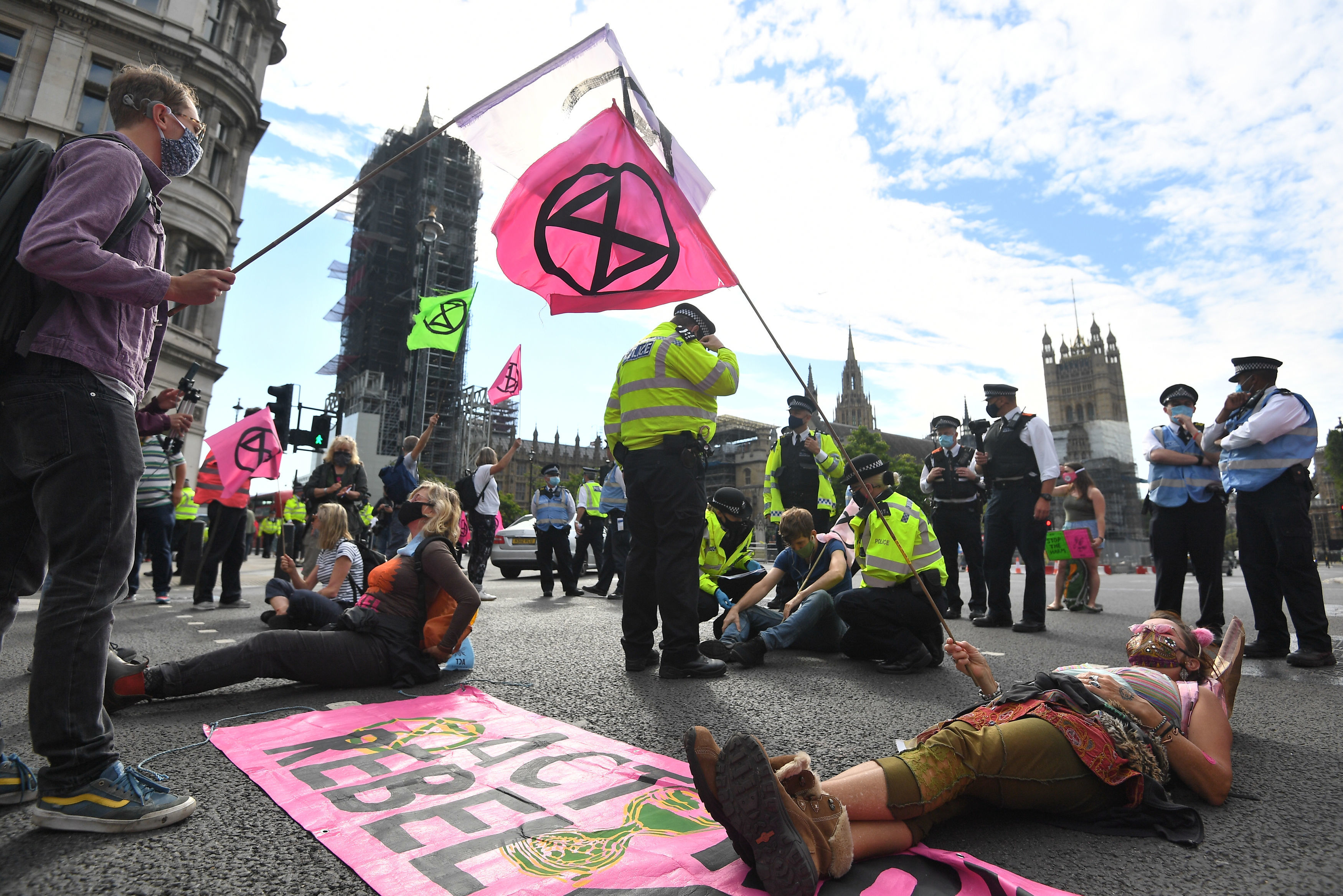 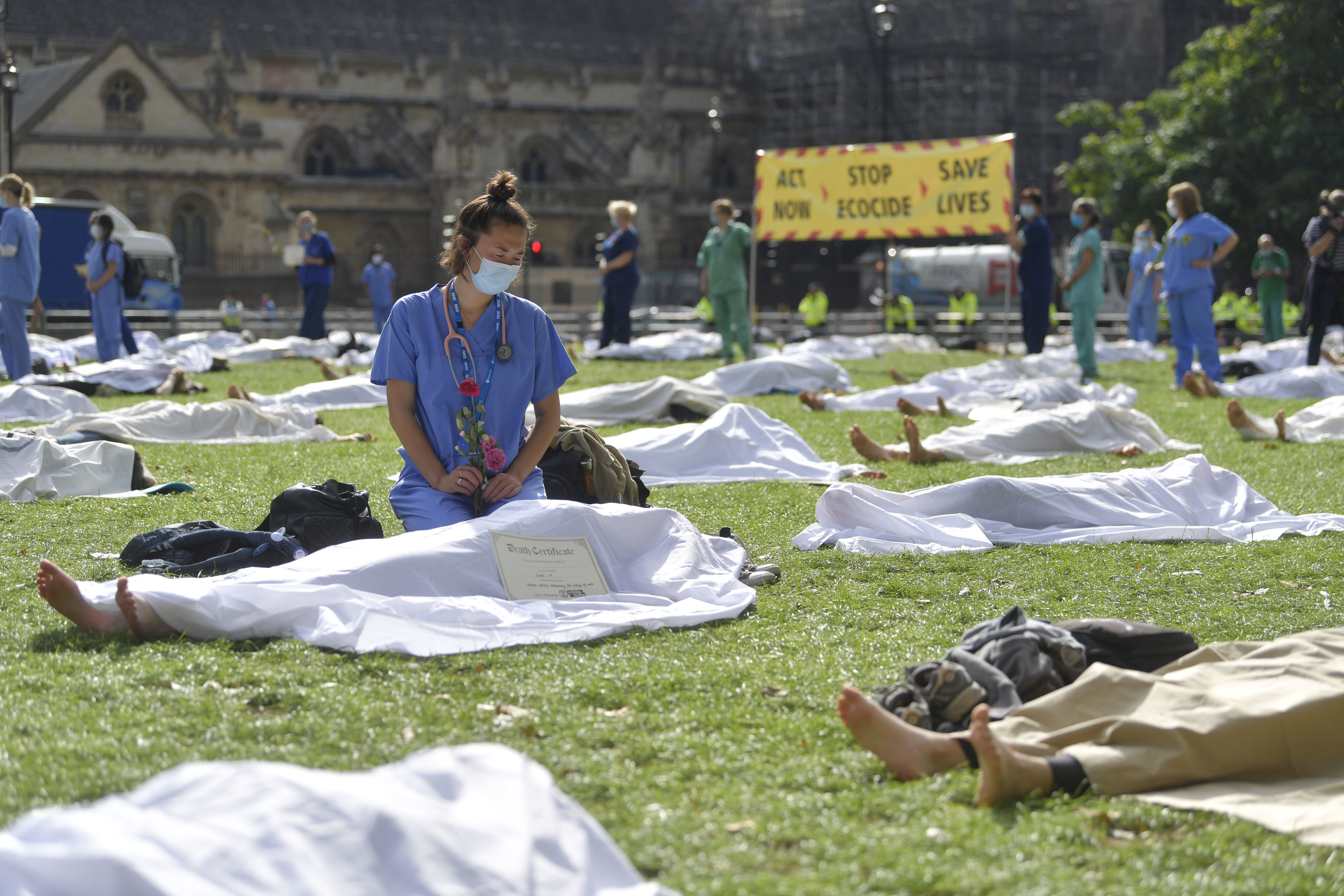 Mr Lynes, who has taken part in previous demonstrations, was filmed walking with a stick, flanked by officers.

Speaking on Tuesday, protester Karen Wildin, 56, a tutor from Leicester, said: "I'm here today because I have serious concerns about the future of the planet – we need to put this above anything else.

"Never mind Covid, never mind A-levels, this is the biggest crisis facing us and we need to raise the message as loudly as possible.

"Not a lot has been done on this issue, everyone needs to hear the message."

Similar protests took place in Cardiff, where protesters hung a large banner from the office of the secretary of state for Wales, and in Manchester, where demonstrators blocked roads as they congregated in St Peter's Square.

Ten days of demos are planned, including a "carnival of corruption" outside the Treasury, and the "walk of shame" near the Bank of England.

Last year, more than 1,700 arrests were made during Extinction Rebellion's 10-day "Autumn Uprising", which saw major disruption across the UK.