Now that’s what you call a door bell! Families across the UK combine on the street to ring in Christmas after mother’s loneliness campaign goes viral

People across the UK stepped out of their homes for a Christmas Eve bell-ringing session after one woman’s campaign went viral.

The initiative was launched on Facebook by Mary Beggs-Reid from Harrogate in North Yorkshire and has since received the backing of Captain Sir Tom Moore and Boris Johnson.

The two-minute event saw many families head out on to the doorstep to jingle bells in solidarity with those spending Christmas alone. 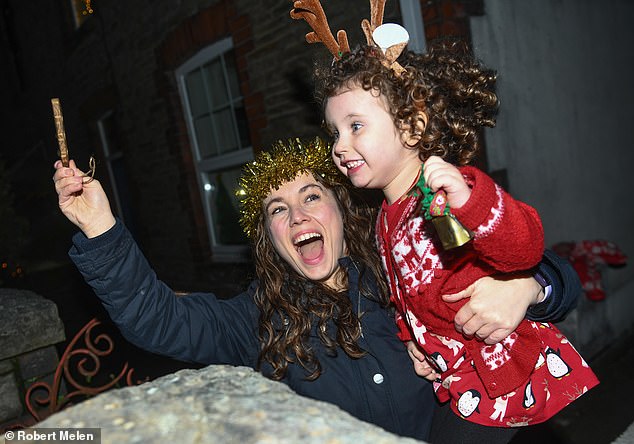 A mother and her daughter are seen ringing bells in Swansea, Wales. Many people used the event to say thank you to frontline workers

Posting on Facebook before the event, Ms Beggs-Reid wrote: ‘We can not physically be together but we can ring together! A chance for us to feel connected and have a happy memory of 2020.’

Among those to take part were staff at Dorset County Hospital, which tweeted:  ‘We’re ending 2020 with a bit of magic, hope and togetherness!’

Many people used the event to also say thank you to frontline workers. 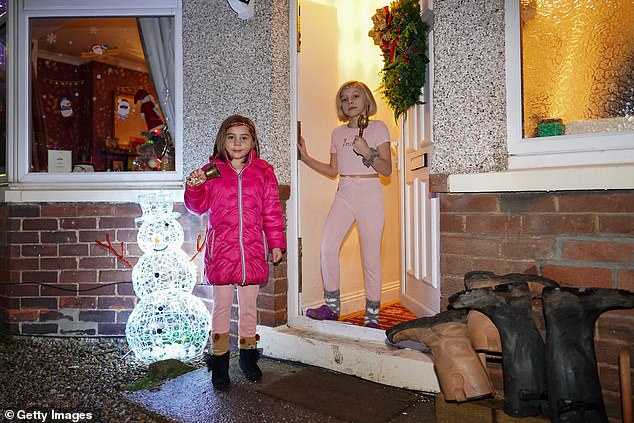 Youngsters are seen stepping out to ring their bells in Saltburn-by the-Sea near Redcar, North Yorkshire 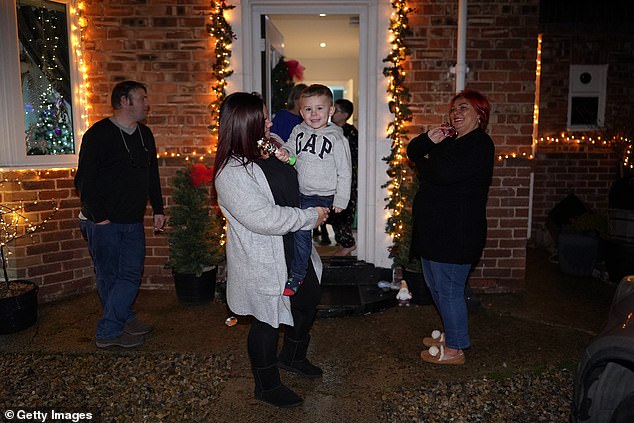 This family also in Saltburn-by-the-Sea are seen taking part in the initiative. The campaign has since received the backing of Captain Sir Tom Moore and Boris Johnson 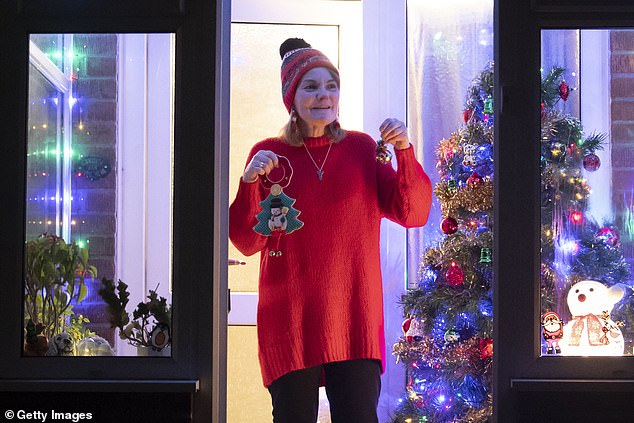 A woman is seen ringing a bell from her doorstep in Cardiff, Wales. The campaign started as a Facebook group which has since attracted nearly 500,000 likes

Children at Glasgow Children’s Hospital also took part, with the hospital’s charity tweeting: ‘We couldn’t be prouder of our hospital heroes who have worked with infinite dedication throughout this difficult year.’

Ms Beggs-Reid’s campaign started as a Facebook group which has since attracted nearly 500,000 likes, eventually prompting the Prime Minister to get in touch.

Mrs Beggs-Reid, a 41-year-old estate agent, told the PA news agency: ‘I think it’s fantastic that the Prime Minister is getting behind an everyday mum like me and trying to help communities as much as we can.’

She added: ‘Especially with the recent news, this is more needed now than ever.’