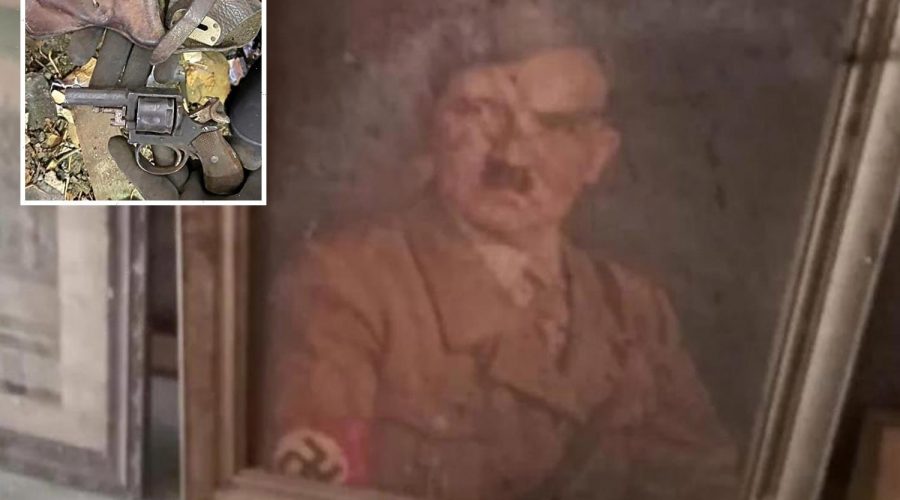 A GERMAN family have found a trove of Nazi artefacts including a Hitler portrait, gas masks and a revolver hidden in the wall after last month's devastating floods ruined their home.

A history teacher who was clearing up his aunt’s house in the western city of Hagen when he found the hoard in a shaft behind a plasterboard covering that had come loose during the torrential rains. 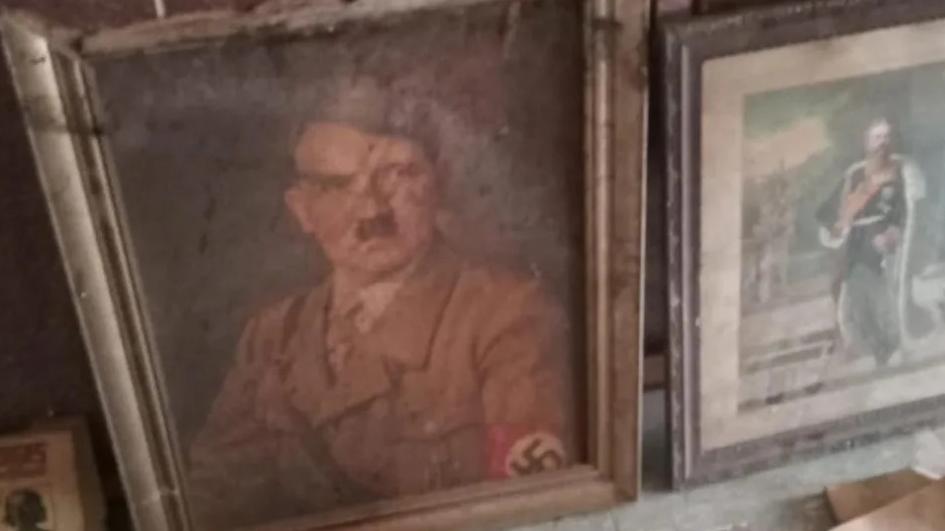 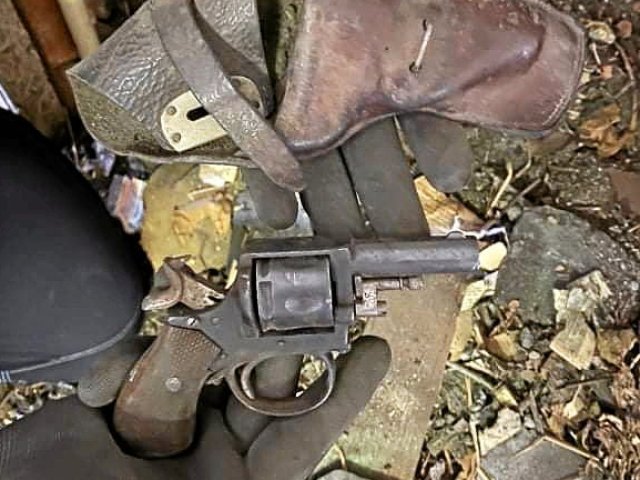 The first sign of the Nazi hideout was a newspaper from 1945 in a hole behind the plate, the still-running Westfalenpost.

“I got goosebumps,” Sebastian Yurtseven told local media. “I didn’t think it would turn into such a huge discovery.”

Media reports said the building was the former local headquarters of the National Socialist People’s Welfare organisation (NSV), which distributed food and gas masks and carried out the wartime evacuation of children to rural areas.

As the soggy plasterboard off, more was revealed including brass knuckles, a party eagle of the NSV, NSV literature, a portrait of Hitler and records of pregnant women.

Historians believe the objects may have been dumped hastily in a gap between two buildings before US troops took the city in April 1945.

Staff at the Hagen city archive have taken the artefacts away in 12 boxes for examination.

Yurtseven and his aunt said they had no idea of the Nazi legacy behind the wall. The family bought the house in the 1960s. 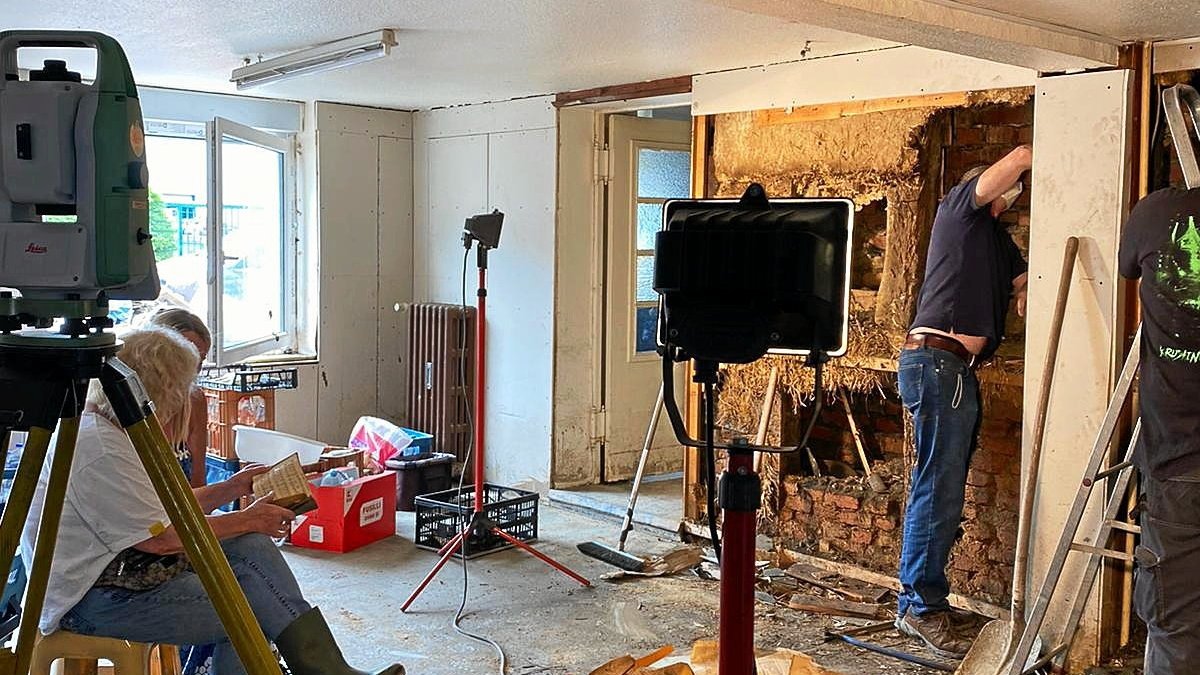 The head of the archive, Ralf Blank, said it was a rare find as there was little original source material about the NSV, which was an arm of the Nazi party and had some 17 million members in 1943.

Its purpose was to supplant welfare organisations such as the Red Cross and church charities and to spread Nazi ideology through its welfare work, which included providing free meals, medical examinations and vaccinations for children.

It also organised the donation of winter clothing to the poor and medical treatment for the victims of bombing raids.

Thrilled historian, Dr. Ralf Blank, said: “It is an incredibly important discovery. It sheds the spotlight on the actions and activities of Nazi agencies at the local level.

Together with the Westphalian Archives Office of the Westphalian-Lippe Regional Association, the find, which could prove to be a real treasure for research, is now to be preserved.

Some of the documents, which date back to 1928, will be exhibited in the Hagen city museum.

The flood of the century in North Rhine-Westphalia and Rhineland-Palatinate caused billions of damage.

After the floods subsided, the full extent of the disaster became apparent with recked cars, garbage and garbage piled up on the streets and billions of euros worth of damage.