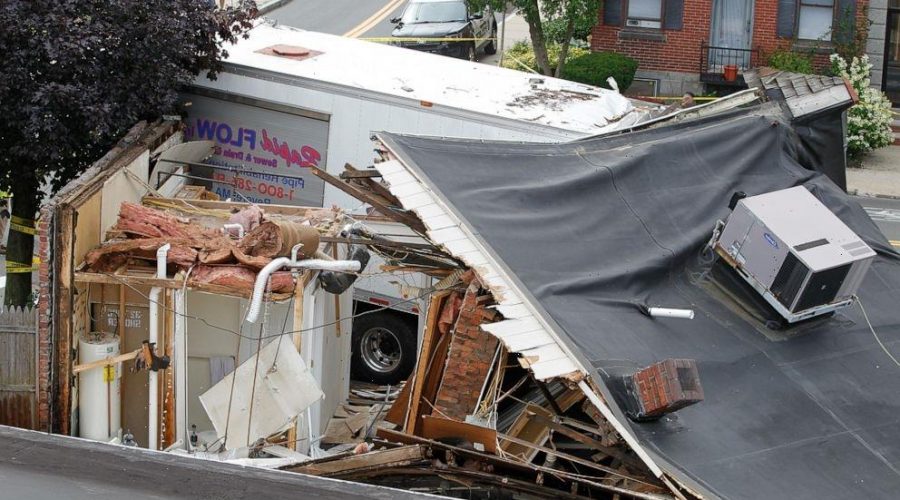 WINTHROP, Mass. — Family and friends are mourning the two bystanders killed Saturday afternoon by a white gunman in a Boston suburb in an attack officials are treating as a hate crime.

David Green, a 68-year-old retired Massachusetts State Police trooper, and Ramona Cooper, a 60-year-old Air Force veteran, were each shot multiple times by 28-year-old Nathan Allen after he crashed a stolen box truck into a residential building in Winthrop. Allen was fatally shot by police moments later. Both victims were African American.

Green’s longtime friend, Nick Tsiotos, said the two had coffee together just hours before the attack. He said the retired trooper had been sitting outside his home and tried to help after hearing the crash.

“He went out and tried to do what he was doing for 36 years with the state police: trying to help save lives,” Tsiotos, who attended high school with Green, told WCVB-TV. “Dave probably stopped him from going into homes and killing people.”

“Trooper Green was widely respected and well-liked by his fellow Troopers, several of whom yesterday described him as a ‘true gentleman’ and always courteous to the public and meticulous in his duties,” Mason said in a statement.

Cooper’s son, Gary Cooper Jr., remembered his mother as “caring and selfless” and always ready to help anyone in need.

“We are heartbroken and she will be missed, just a senseless thing to have happened,” he said in a statement to WCVB-TV.

Cooper most recently worked with the U.S. Department of Veteran Affairs and is survived by her son, two grandchildren, and her twin sister, WBZ-TV reports.

Others placed flowers bouquets and other remembrances on the temporary fencing around the destroyed building over the weekend. A candlelight vigil will be held Thursday night in front of Town Hall in honor of the victims, town officials said Monday.

“Praying you are dancing in the sunshine and singing with the angels,” one note on the makeshift shrine read, The Boston Globe reported.

Suffolk County District Attorney Rachael Rollins said Sunday that authorities are investigating whether Allen targeted the victims because they were Black.

She said officials found “troubling white supremacist rhetoric” in the gunman’s handwriting that included “anti-Semitic and racist statements against Black individuals.” She also noted that Allen walked by several other people that were not Black and didn’t harm them.

It’s not clear where Allen was heading at the time, but he was travelling at twice the speed limit and crashed the truck not far from some Jewish houses of worship, Rollins said.

She said Cooper was shot in the back three times about a half-block away from the crash; Green was shot multiple times in the head and torso in an alleyway further down the street.

Allen was also legally licensed to carry a firearm, had a doctorate, was married, and employed, added Rollins. “To all external sources he likely appeared unassuming,” she said.

Allen’s wedding proposal to his then-fiancée was profiled by the Globe last summer.

The couple was married during the pandemic at the nursing home where the woman’s grandfather lived, with some 200 people watching via Zoom.

The Globe reports Allen had completed his studies at the University of Massachusetts Dartmouth and was on track to become a physical therapist.

This story has been corrected to show that the name of one of the victims is Ramona Cooper, not Romana.