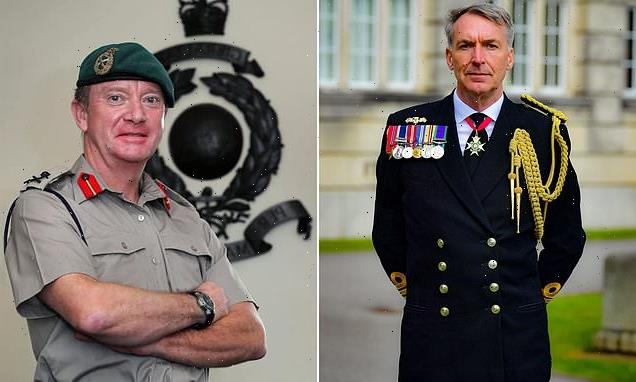 A war of words raged yesterday over Navy top brass mudslinging surrounding the death of the ex-head of the Royal Marines.

Relatives of Major General Matt Holmes, 54, have been angered by naval officials who raced to ‘settle scores and pass the buck’ over his mental health, a friend said.

The father of two had told colleagues he was struggling to cope with Britain’s withdrawal from Afghanistan, and said he felt ‘beaten down’ and ‘constrained’ in his role. 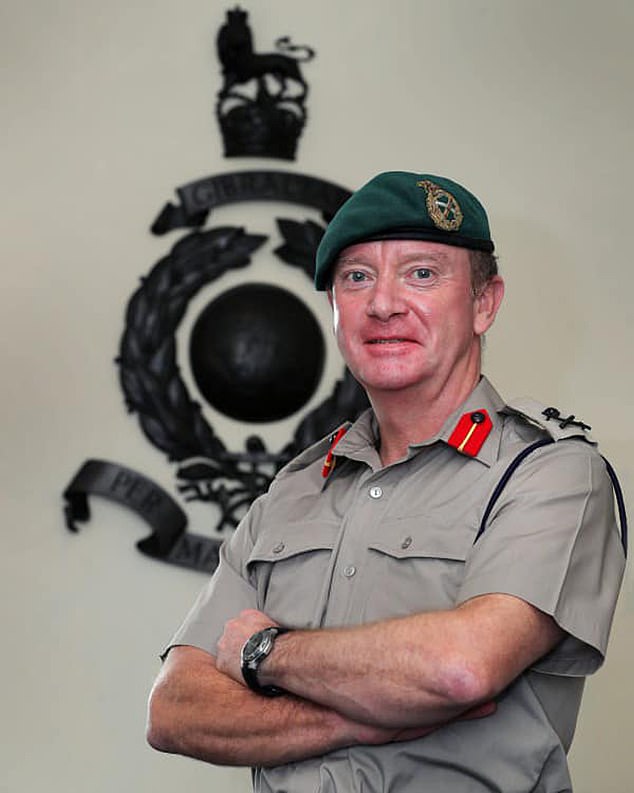 Relatives of Major General Matt Holmes, who was found dead in his home last week, 54, are angered by naval officials who raced to ‘settle scores and pass the buck’ over his mental health

His family feels the head of the Armed Forces, Admiral Sir Tony Radakin, played ‘a significant part in the turmoil’ the veteran faced.

But friends of Sir Tony – named Chief of the Defence Staff on Thursday – denied he undermined the senior officer.

A source close to Sir Tony said he and his wife Louise had been friends with the Holmeses for more than 20 years and were devastated by his death and claims that conflict with Sir Tony contributed to the decline in his mental health.

They said critics would be left with ‘red faces’ when the truth emerged, and blamed ‘people with agendas’ for the mudslinging.

Major General Holmes had split from his wife Lea and lost his job as Commandant General Royal Marines.

He wrote to a friend: ‘I don’t trust Radakin. It’s been awful. Awful. You should see the tone of some of the emails I’ve had from Radakin. Basically imposing his authority and keeping me constrained.’ 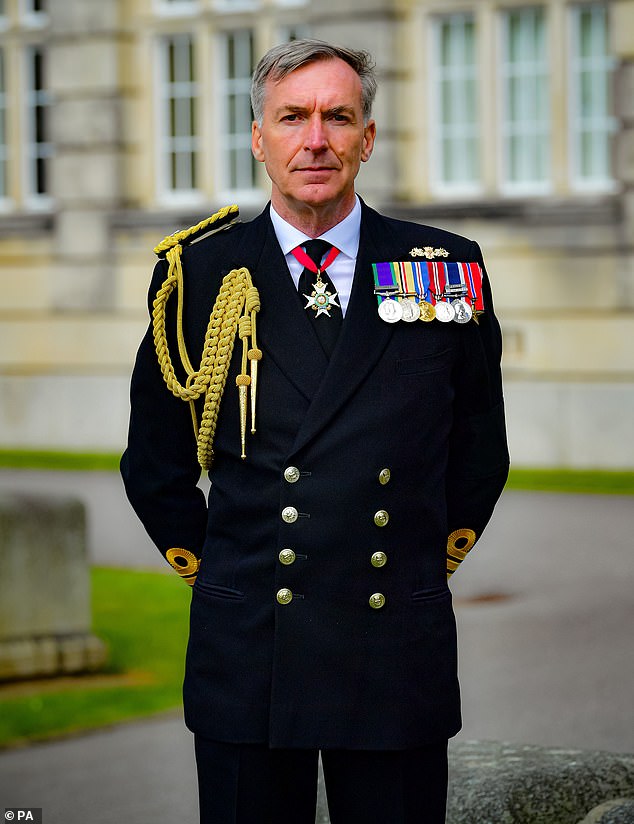 He said he was struggling to cope with UK’s withdrawal from Afghanistan. His family feels head of the Armed Forces Admiral Sir Tony Radakin (pictured) played  a ‘part in the turmoil’ he faced

He and Sir Tony, 55, had been close friends, but fell out over changes to the Marines. It led to Major General Holmes leaving his post in April, halfway through his three-year role.

A friend of the Holmes family said Sir Tony and his deputy, Vice Admiral Nicholas Hine, had played a role in Major General Holmes’s decision to leave his job.

The friend said: ‘The poor family haven’t even had time to bury him and certain naval factions are already trying to settle scores and pass the buck. It is so undignified, unfair. Ultimately… the truth will out.

‘An inquest is the proper forum in which to consider all the pressures bearing down on Matt. Not the court of public opinion.’

Relations between the two were said to have come to a head following arguments over Major General Holmes’s post.

A document distributed to senior officers said the Afghanistan veteran, who was awarded a Distinguished Service Order, was ‘preparing for a more limited role’.

In it, Sir Tony said: ‘This is about my authority. International engagement by CGRM [Holmes] is to stop.’ But a source said the rift in their friendship had begun to heal.

For confidential support, call the Samaritans free on 116 123 or go to www.samaritans.org