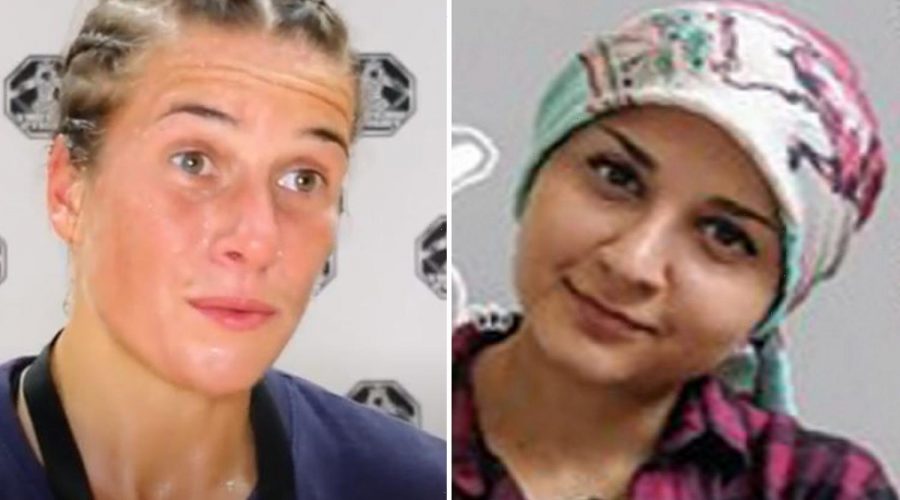 A KICKBOXER who died after being knocked out by a “much bigger” competitor  was “mismatched” by organisers of the bout, her family claim.

Saeideh Aletaha, 26,  died after she took a blow to the head during the third round of her fight with opponent Janie Morgan in Southampton, in 2019. 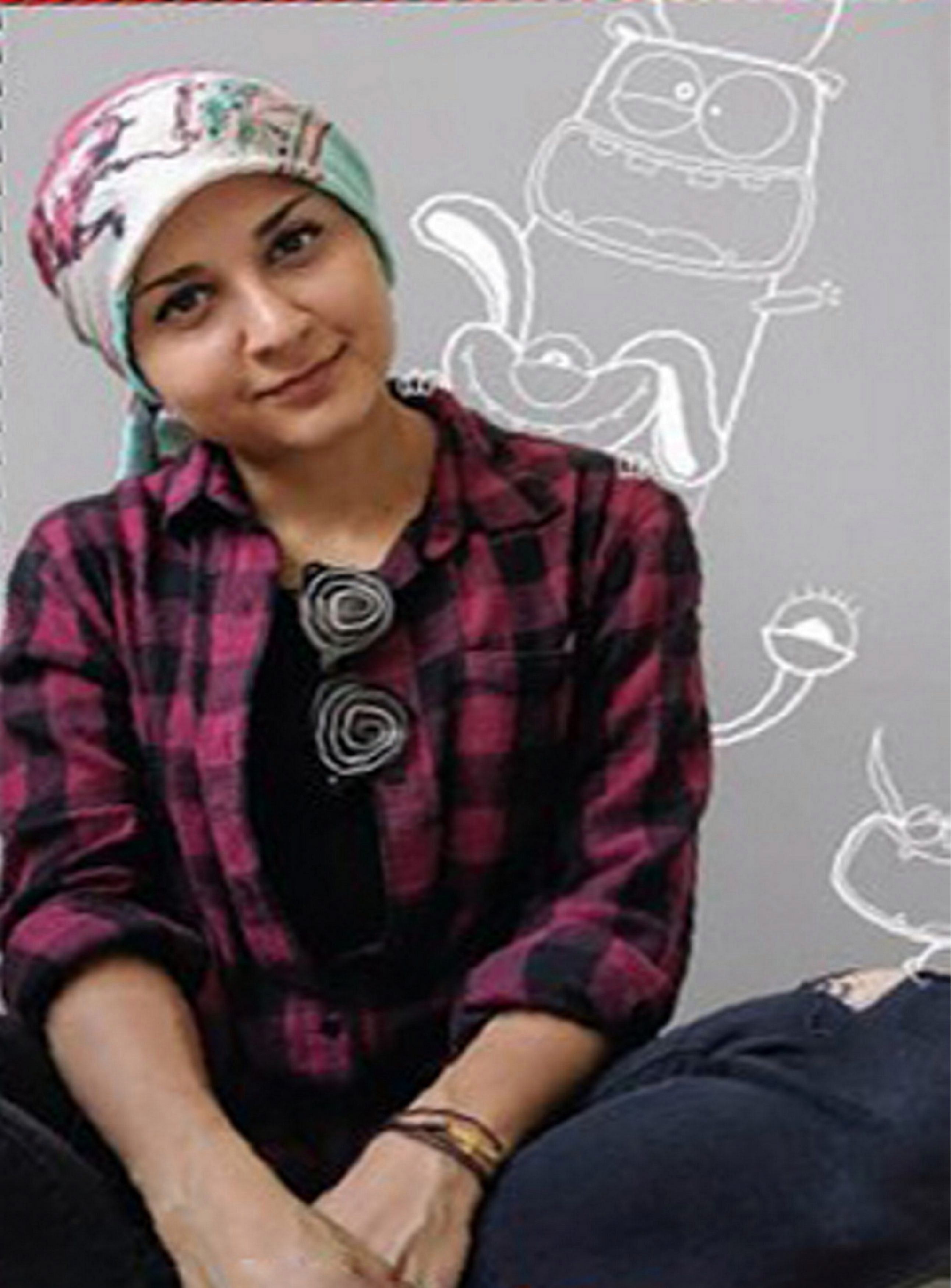 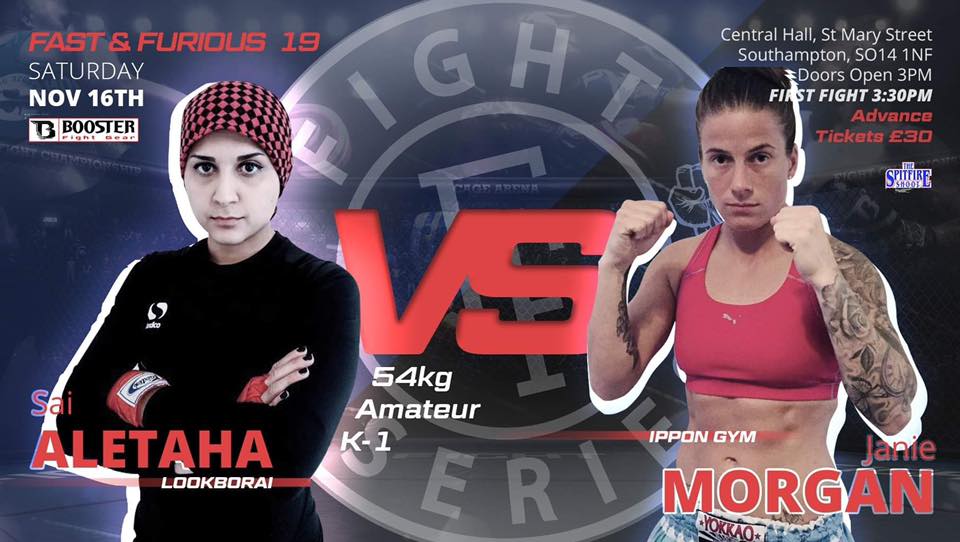 Ms Aletaha’s family say that the “slim” fighter was teamed up against Ms Morgan, 34, who was “very clearly stronger” and “more muscled”.

She collapsed in a bathroom after being hit in the head by the personal trainer at the showcase event.

Ms Aletaha, from Salisbury, Wilts, was rushed to Southampton General Hospital, Hants, but died on November 16, the day after the Fast and Furious Fight Series bout.

The product design engineer’s family have told an inquest into her death that they were “devastated” to lose her so far from home.

Her brothers Amir and Ali, from Iran, had been watching the bout remotely and were concerned about a potential mismatch.

Winchester Coroners Court heard that the Loughborough University graduate wanted to prove to people that a 'Muslim Lady' can compete in extreme sports even if she is wearing a Hijab.

Her family had even asked that Ms Morgan attended the inquest in person for her physique to be assessed, but the coroner rejected the idea.

Coroner Christopher Wilkinson said that the request was of “little benefit” because the fight had taken place almost two years ago.

In a statement Ms Aletaha's family said: "In her chosen sport, Saeideh always used to send her picture with her opponent before each match.

"However, we did note that for her last match she had cut the picture of her opponent and sent only her own picture.

"We now think that if she had shared her opponent's picture, Amir would have certainly commented about their physical differences and the fact  her opponent seemed bigger and more muscled.

"The night before the match she had mentioned to her Sister, Sepideh, that she was stressed but never mentioned the reason."

But the organiser of the bout rejected any suggestion of a mismatch, telling the court that Ms Aletaha was more experienced than her “on paper”.

Richard Harding said that she also had four years experience and two wins and one loss in Thai boxing, and weighed in at 54kg.

He added that she was a “movement based” fighter who used her speed, and had previous experience in  bare-knuckle karate which was described as the “toughest” form.

Ms Morgan, a personal trainer who started learning martial arts at the age of 30, also had four years experience going into the fight, with one win and one loss coming in at the same weight.

She was described as a hard-hitter who wanted to “hit Ms Aletaha hard” with Mr Harding adding that Ms Aleta was “slimmer”.

'WORST THING THAT COULD HAPPEN'

Amir Aletaha questioned Mr Harding about Ms Morgan's physique, claiming that a promo picture shows that it was “very clear” Ms Morgan was “much stronger”.

He said: "If you show the photo to anyone they will say the other opponent is much bigger and has a much bigger frame."

But Mr Harding disagreed, telling the court: "She's what you would say is top heavy. Saeideh's body weight was much more evenly distributed across her body."

He added that he had been running events for a decade, and that they adhered to strict safety guidelines and began a matchmaking process four months before the event.

He said: "I was satisfied that they were evenly matched. There was no mismatch in this and we managed the risks before the fight.

"Our gym is a family gym, losing someone like this is hard for everyone. We put these on to give a spectacle and this is the absolute worst thing that could happen but I'm fully confident that we did as much as we could."

Mr Harding admitted that he allowed shinpads to be removed for the fights as it was a “common request”.

Two paramedics attended the event with a private ambulance, and another was called after Ms Aletaha collapsed. 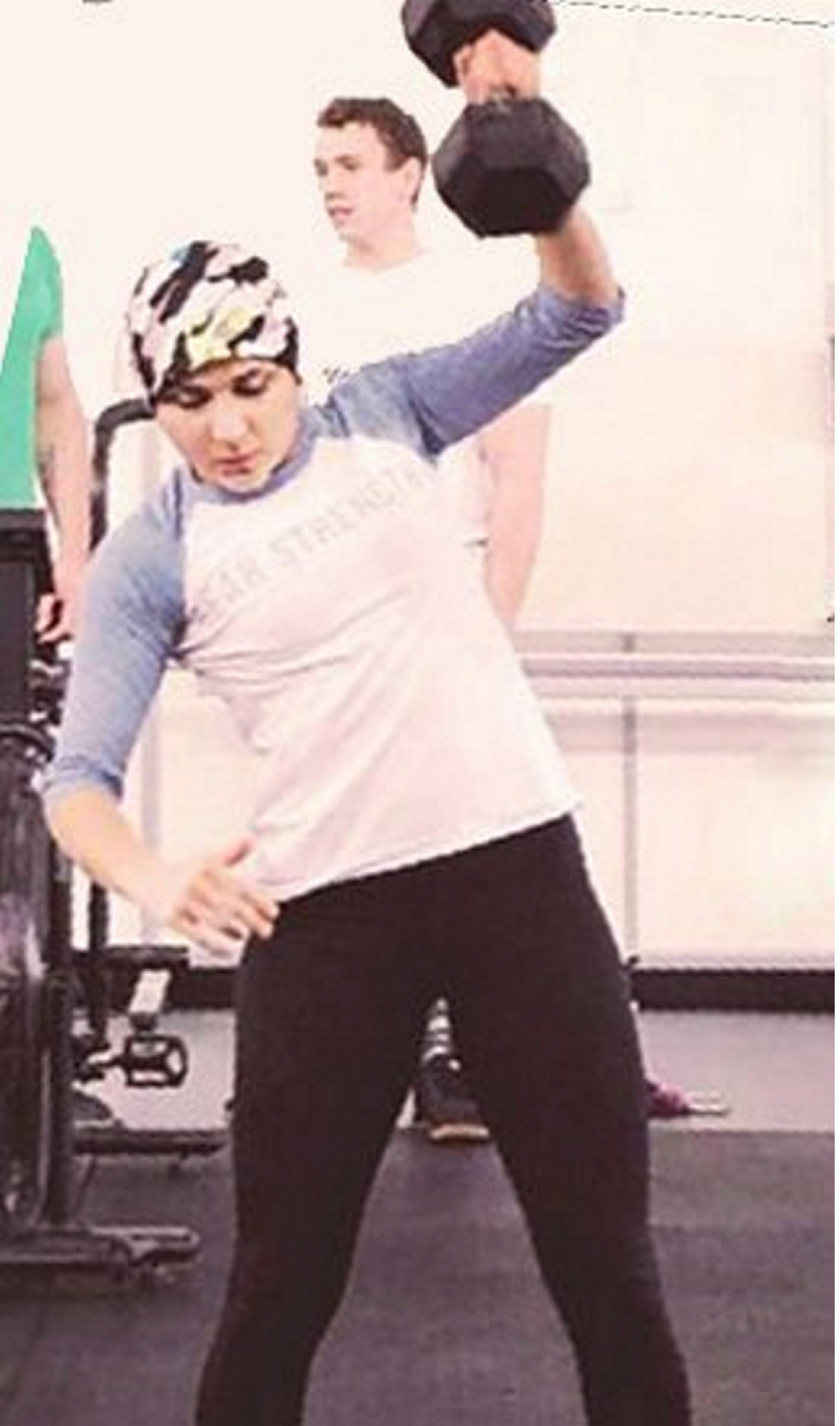 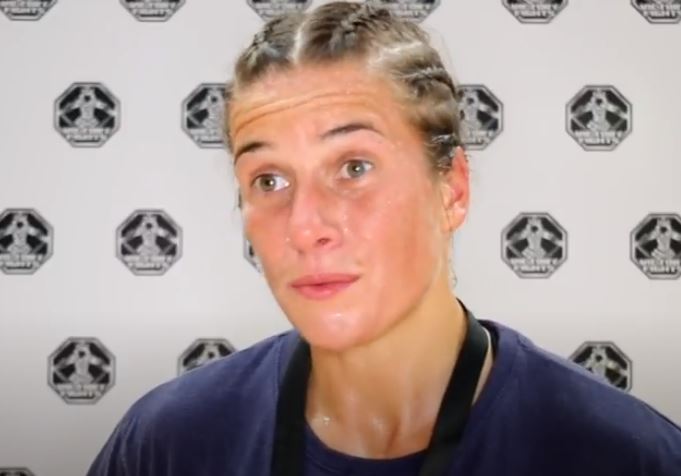 The bout was described as “close” between the pair, with coroner Mr Wilkinson describing it as “intense” and said both were “tired”.

The punch which Ms Aletaha took to the head “was not powerful”, with her coach explaining that his fighter “folded” after the blow the kickboxer's inquest heard today.

Dean Kendal, owner of Exile Gym, told the inquest that after the fight she appeared to be having a seizure when he later found her collapsed in the ladies bathroom.

He added: "She started off the third round OK. Sae took a shot to the head, it was not a powerful one but she took it wrong in her legs and she folded.

"I always try to make sure fighters have their legs positioned right when they take a hit and as soon as I saw her legs I knew it was over for her.

"She was given oxygen over her face for about a minute and then she wanted to get up and leave because she was upset but we made her wait until she was a bit more clear-headed.

"Paramedics took her out the back on a stretcher and she was supposed to remain there.

"I'm very upset about Sae, I had a lot of respect for her and admired her dedication and commitment."

Mr Kendal returned to the ongoing event, but was told that Ms Aletaha collapsed in the bathroom and appeared to be having a “seizure”.

Ms Morgan's coach Harry Baker, a Thai boxing expert, said he sent her home from the event after hearing about Ms Aletaha collapsing to “shield her from the news”.

Pals of Ms Aletaha told the inquest they didn’t think that she should have been left alone after the fight took place.

Oliver Pike and Anthony Thomas-Shergold grew increasingly concerned for their “super fit” friend after seeing her get knocked out at the kickboxing event.

Mr Pike rushed into the ladies bathroom, where Ms Aletaha had gone to get changed, after a woman called for help.

Her family paid tribute to the kickboxer, saying that they were “devastated” to lose her after such an “unpleasant accident.”

The inquest will continue tomorrow. 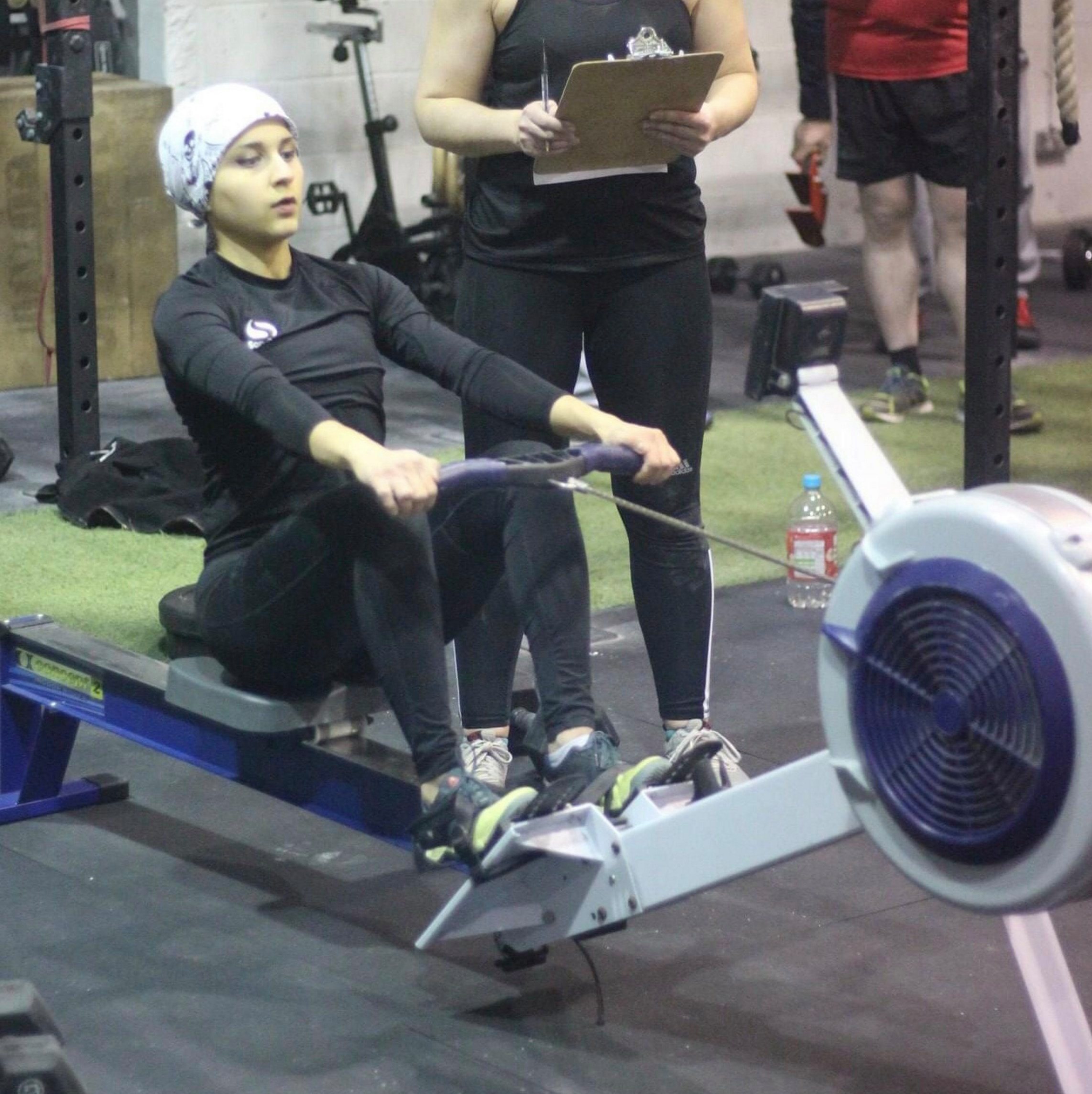 06/09/2021 World News Comments Off on Family of female kickboxer, 26, who died after KO in fight blame 'mismatch' with 'much bigger' opponent
Lifestyle