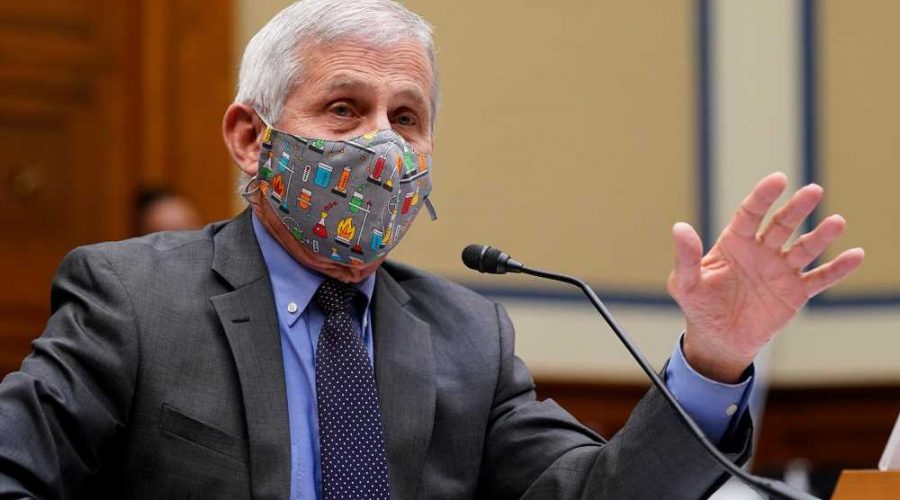 Fauci: GOP’s refusal to get vaccinated doesn’t ‘make any sense’

Dr. Anthony Fauci on Sunday said that he expects the Centers for Disease Control and Prevention to release updated guidance on wearing masks outside — as the risk of spreading COVID-19 is “really very low” in the fresh air.

“I think it’s pretty common sense now that outdoor risk is really, really quite low,” Fauci said on ABC’s “This Week.” “If you are a vaccinated person, wearing a mask outdoors, obviously, the risk is minuscule.”

“The CDC is a science-based organization. They don’t want to make any guidelines unless they look at the data, and the data backs it up. But when you look around at the commonsense situation, obviously, the risk is really very low, particularly if you are vaccinated.”

The news comes as some states that don’t require masks — such as Texas and Florida — are recording lower rates of infection than others with mandates for public indoor spaces or crowded areas.

Texas had an average of around 70 new cases per 100,000 people in the last seven days, while Florida recorded about 186 cases, according to the CDC.

Though the Sunshine State was still among the ten worst states for its infection rate, it still outperformed Michigan, New York and Pennsylvania, all of which have masks mandates.

Michigan has become a hotspot for the virus with a seven-day rolling average of 390 new infections per 100,000 people, according to the CDC.

Pennsylvania recorded around 221 cases under the same metrics, the data shows.

And the Big Apple alone has seen around 206 cases per 100,000 in the last seven days, while the rest of the state has recorded about 176, according to the CDC.

Mayor de Blasio said last week he expects mask mandates to be around in the city through at least June.

Health experts have warned that the emergence of highly contagious variants is driving outbreaks across the nation.

Fauci said Sunday said that the country is approaching normal “in some respects,” but noted it is still averaging about 60,000 new cases per day.

“That’s a precarious level, and we don’t want that to go up,” he said.