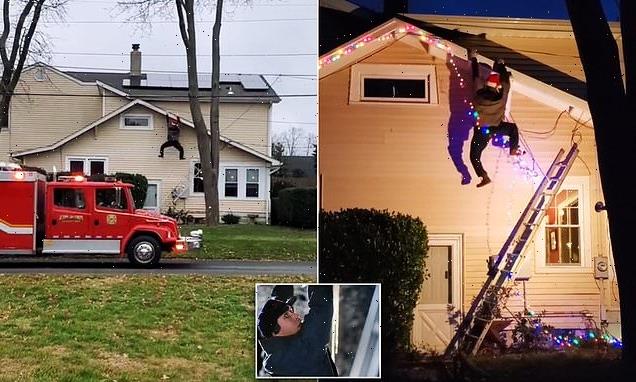 A New Jersey decorator – who created a fake Clark Griswold mannequin inspired by the 1989 holiday film Christmas Vacation – landed himself in hot water after a local fire department was called because of the prank.

The well-designed automated mannequin was created by decorator Doug Peterson, of Oceanport, who posted the prank on TikTok.

The mannequin was meant to resemble the popular Vacation series character Clark Griswold, played by Chevy Chase, who is portrayed as a fun-loving family man fixated on giving his family the perfect Christmas holiday.

The decoration is inspired by a famous scene where Griswold is hanging Christmas lights before the ladder falls and he is trapped dangling from the roof as he calls his family for help. 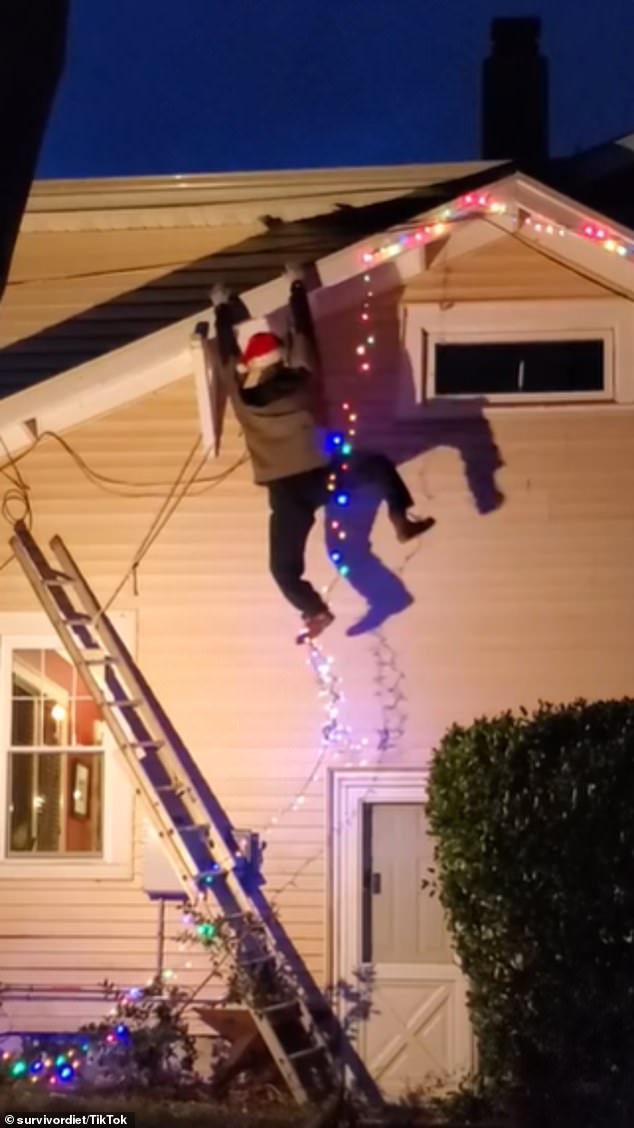 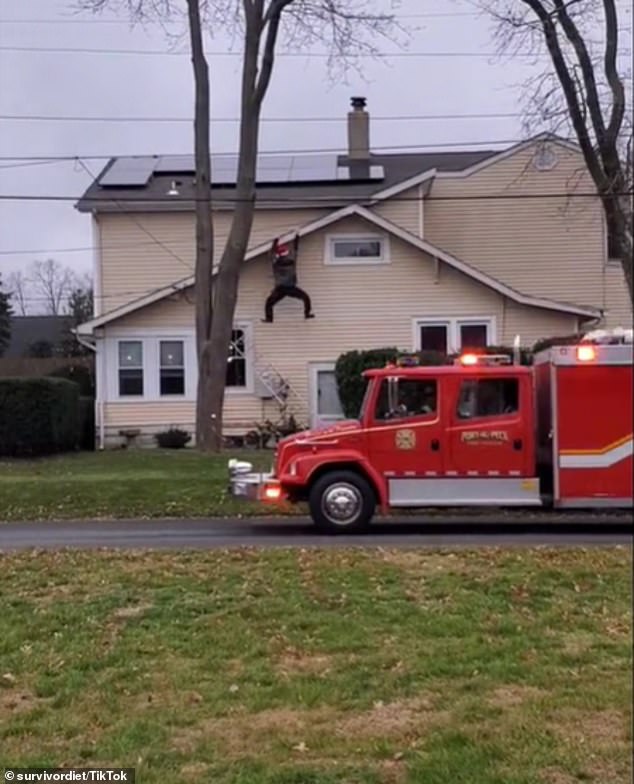 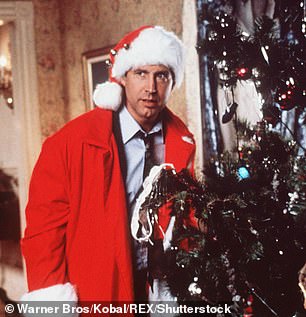 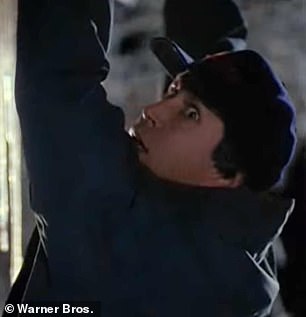 The film’s main character Clark Griswold, played by Chevy Chase, is portrayed as a fun-loving family man trying to give his family the perfect Christmas. One of the more famous scenes involves Griswold attempting to put his lights up

Peterson, who constructed the mannequin himself, posted a video of the live-action figure mimicking the scene.

In another video, Peterson posted the local fire department passing by his home as they possibly assumed the mannequin was a real-life decorator shouting for help.

It is unclear if the fire department was part of the prank or if they were attempting to help out the fake decorator.

Peterson has since posted a series of videos on the fake decoration, as it has received viral social media attention since it was posted.

He explained in a later video how the decoration was constructed in order to give it a realistic effect.

He had used a Michael Myers figure, from the 1978 film Halloween, as a base to create the Griswold mannequin.

In order to create the effect, he used a motor system to get the legs to swing back and forth as well as adding in a sound machine and lights.

Griswold’s signature costume was then put on the mannequin and hung on the roof of the home.

A string of dangling lights and a fallen ladder were also added to resemble the iconic scene.

Social media users have since delighted in the crafty prank after his first video of the decoration received more than four million views on TikTok.

‘Ha ha! As a 911 dispatcher I used to get calls every year about a house that hung a body for Halloween this is soooo much better,’ @Porcha commented.

This is also not the first time a Christmas Vacation decoration went wrong, after a Texas family pulled a similar prank on their neighbors in 2018.

The Heerlein family from Austin created a similar scene from the film which caused a passerby to assume someone was actually dangling off the roof.

The elderly passerby, who was a retired veteran, attempted to save the figure which was then captured from the front of the home with NestCam video.

He had also called out for help from other neighbors and local police were  dispatched to the scene.

The family’s nanny, who had been home at the time, then explained the prank to the officers.

The incident prompted the family to hang a sign reading ‘Clark G is part of our Christmas display please do not call 911.’

The family also gave the passerby an apology who let out a sigh of relief after he initially assumed the incident was real. 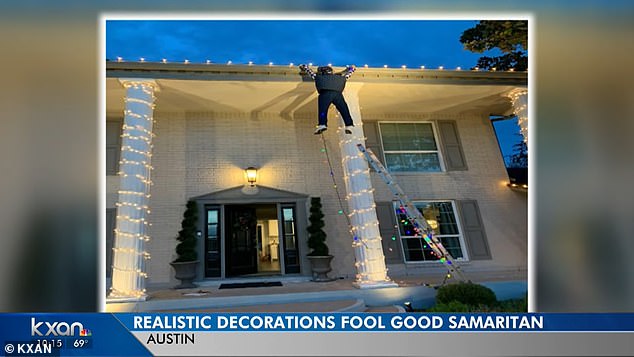 A family from Austin, Texas previously created a similar decoration for their home in 2018 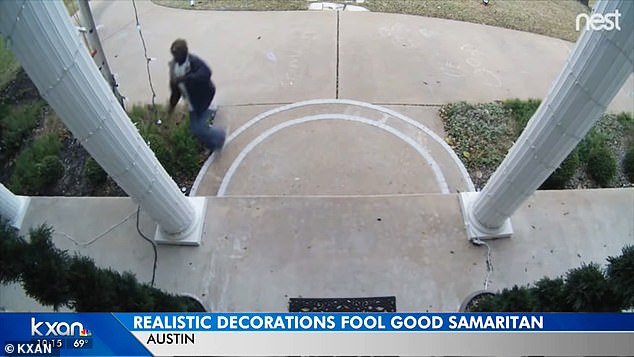