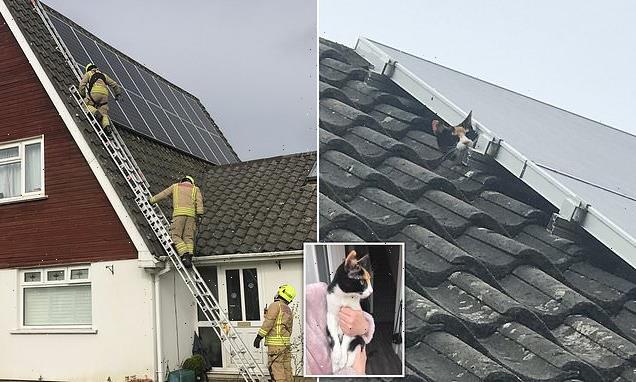 Cat on a hot solar roof: Fire crew saves curious moggy ‘Rocket’ who got stuck beneath home’s energy panels after neighbours heard her meowing for help

A curious cat ended up trapped on a hot solar roof after peeking under a home’s energy panels.

Rocky, a tortoiseshell cat, became trapped under banks of solar panels 20ft above the ground at a house in Dinas Powys, in the Vale of Glamorgan.

Rocky’s owner knew she was missing, but neighbours only spotted her after hearing her meowing for help. 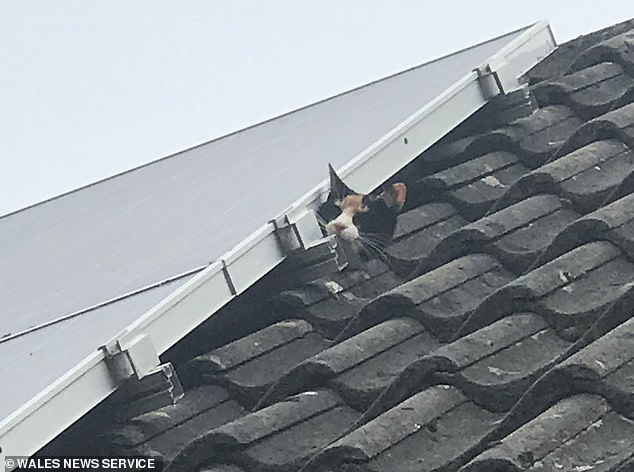 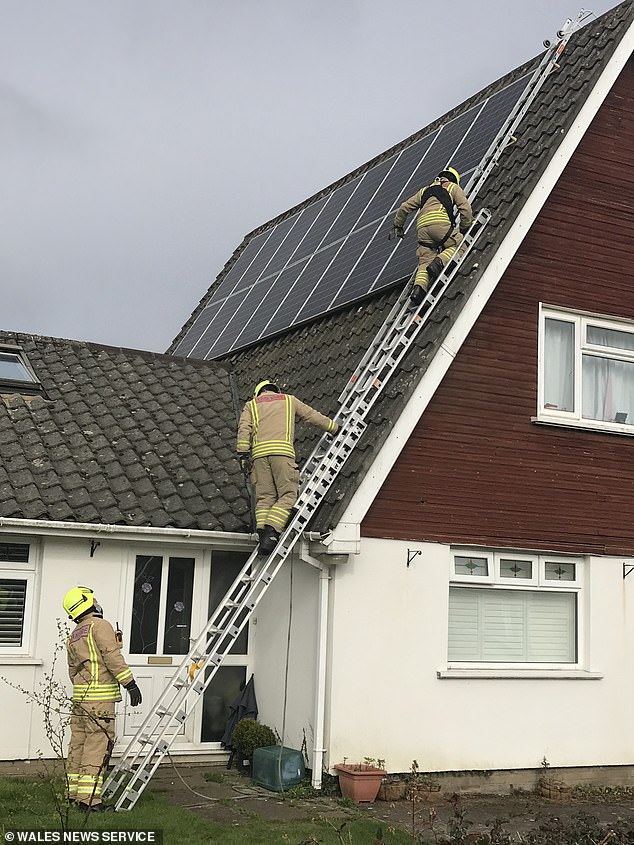 Firefighters had to be called out to help rescue Rocky, whose owner had noticed she had gone missing on March 29

The RSPCA was called out to the scene, but after seeing how stuck Rocky had become, firefighters also had to be called to the scene.

Kathy Edwards, who saw Rocky being rescued on March 29, said: ‘After a lot of persuasion a fireman got hold of her head and a leg. After some gentle pulling, he got hold of Rocket and descended the ladder with the cat in one arm.

‘On the ground the RSPCA were waiting with a basket.’ 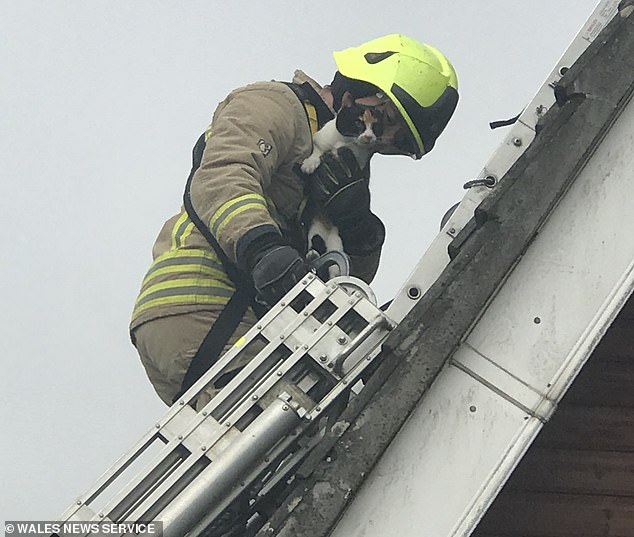 The daredevil cat has now been reunited with her owner nearby.

RSPCA Inspector Darren Oakley said: ‘This poor little cat urgently needed rescuing as we think she had been up there on the roof for some time, stuck under those solar panels.

‘As the rescue would be taking place very high up – well over 20 feet – I definitely required expert assistance so I contacted South Wales Fire & Rescue for help.

‘They were brilliant; they were able to persuade the cat to move across to one side, before securing her and bringing her back down to ground level

‘Once she was safely down, I scanned her microchip, and discovered she lived very close by. It was lucky I did, as Rocket – as we discovered she was called – then shot off. 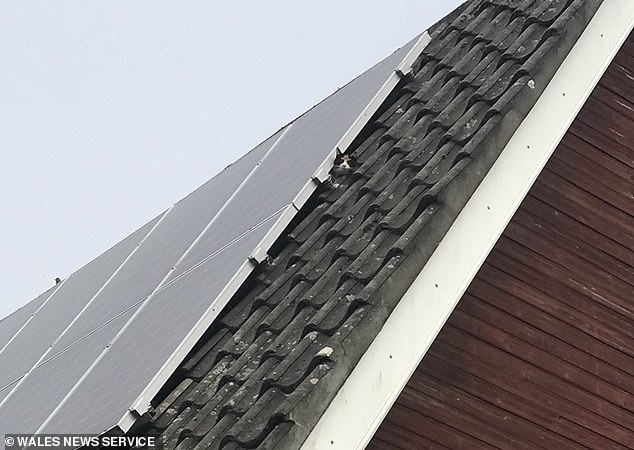 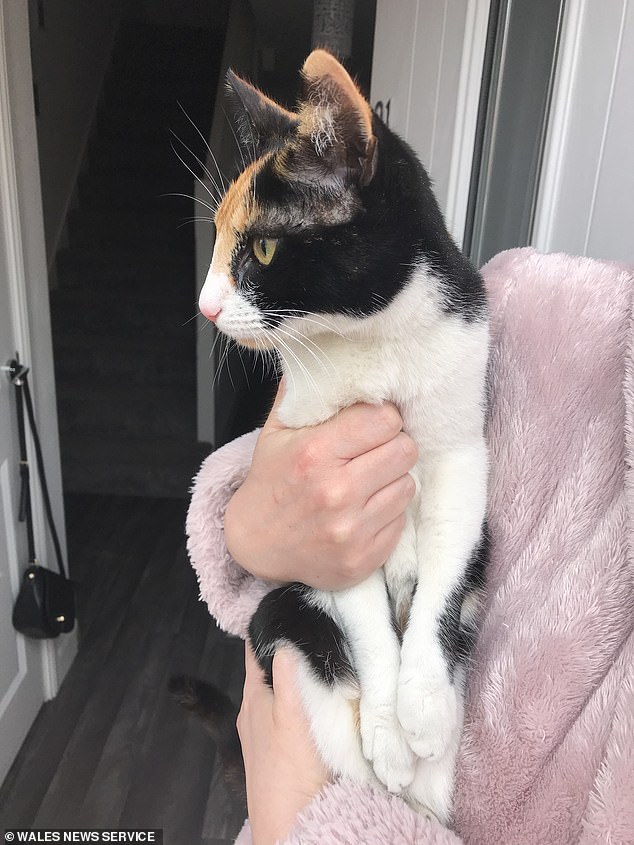 Fortunately, Rocky was unharmed by the solar panels and was returned to her owner after she was freed

‘But with the details from the microchip, it was easy to find Rocket’s owner’s house – and sure enough, when we arrived at the home, there was the little cat.’

A spokeswoman for South Wales Fire and Rescue Service said: ‘We received a report of small animal rescue. A crew attended the scene and worked at height and successfully rescued a cat.’