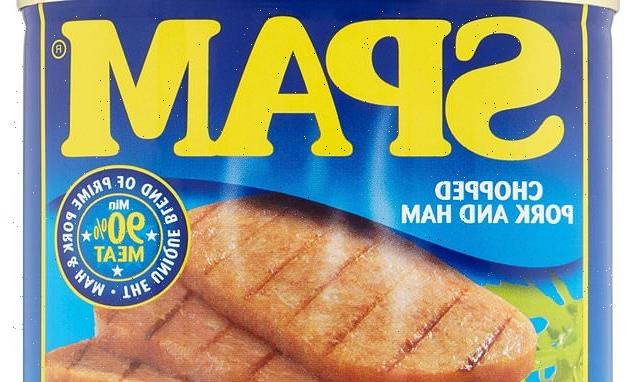 A new diet for Britons: Fish heads, beef shin and Spam… the low-cost foods whose sales are soaring as cash-strapped families tighten their belts

Spam – and even the cursed spam fritters – are making a comeback as Middle Britain attempts to navigate the cost of living crisis.

Sales of the pink processed meat are up 34 per cent as part of a wider return to tinned food, cheap cuts of meat and even fish heads.

Other cost-saving swaps include olive oil being replaced by vegetable oils and artisan loaves with sliced white bread, according to research by Waitrose.

The annual Waitrose Food and Drink Report found sales of fish heads, which are used in curries and stocks, are up by 34 per cent, while tinned pilchards are up 100 per cent. And many are turning to cheap cuts of meat, with sales of beef shin up by 23 per cent, ox cheek by 9 per cent and lamb neck by 4 per cent.

The report said: ‘32 per cent say they are looking out for special offers more than ever before.

‘This year is also about finding thrifty alternatives – for example, 32 per cent are choosing vegetable oil instead of olive oil and 21 per cent are buying loose fruit and vegetables rather than bagged to avoid buying more than they need.’ 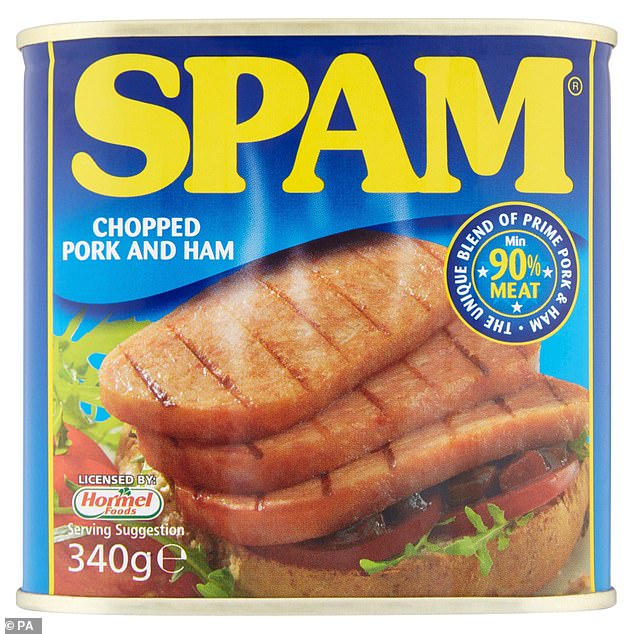 It added: ‘Searches for our recipe for “Spam fritters” have risen by 82 per cent. Love it or loathe it, this wartime favourite is back.’

The report said a few items have also been set aside from shopping lists with people making ‘little downgrades’.

The most popular swap is buying chicken thighs rather than breast, while people are making economical traybakes and swapping out artisan loaves for sliced white, with sales up 17 per cent.

Yellow stickered food has also been rising in popularity, with 1 in 4 people saying they like to keep an eye out for money off bargains.

After butter prices saw a hike in July, partly due to skyrocketing world oil prices, online searches for homemade butter guides on its website rose 407 per cent. 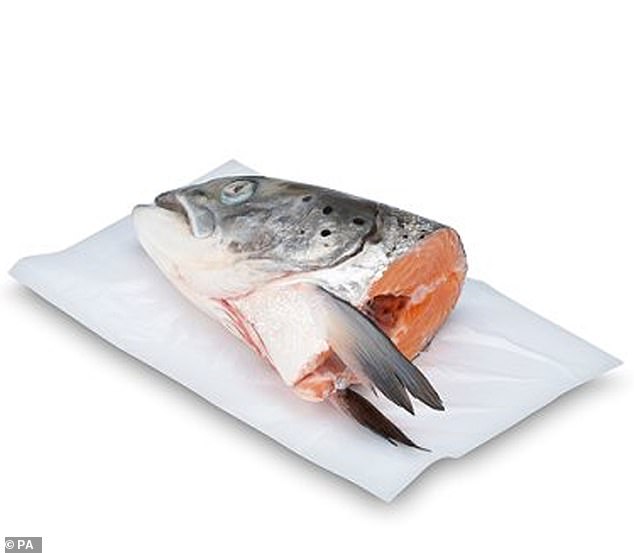 The annual Waitrose Food and Drink Report found sales of fish heads, which are used in curries and stocks, are up by 34 per cent

Frozen food is also picking up steam, with 39 per cent putting their freezer to work more this year.

The report said people are ultra-sensitive about food being thrown out with some 63 per cent saying ‘feel guilty about food wastage’.

Executive director at Waitrose, James Bailey, said: ‘This isn’t a new issue but it has been finding a new voice and urgency recently.

‘As food banks and charitable demand for food has increased, so the imperative to make sure good edible food isn’t wasted increases.

‘And as customers’ budgets are squeezed, making sure you don’t waste the food you do buy will become more important.’

This trend means people are more willing to trust their own noses rather than relying on date labels when deciding whether something is good to eat.

While many of the trends appear grim, there are some more uplifting elements to the study. For example, there has been a ‘pudding effect’ with 46 per cent buying more sweet treats, such as custard tarts, eclairs and cappuccino mousse.

Whipped feta sales rose by 33 per cent over the summer, while sales of vegetable and plant-based foods, along with gut health products, are up by 74 per cent. Sales of Root Zero – the world’s first carbon neutral potato – have been strong.

Tequila is the new gin with sales doubling in 2021 versus 2020, while searches for spicy rosé wine recipes spiked 40 per cent in July – inspired by a TikTok trend.