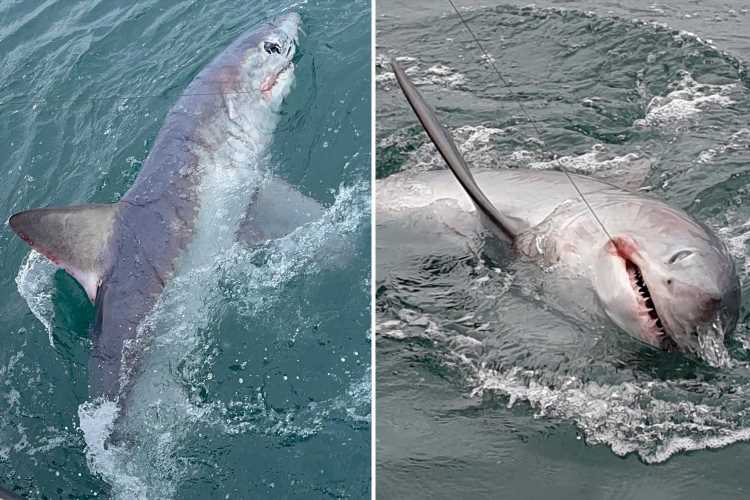 Simon Davidson, 39, fought for an hour when the porbeagle, which was almost seven ft long with a six ft girth, took his bait. 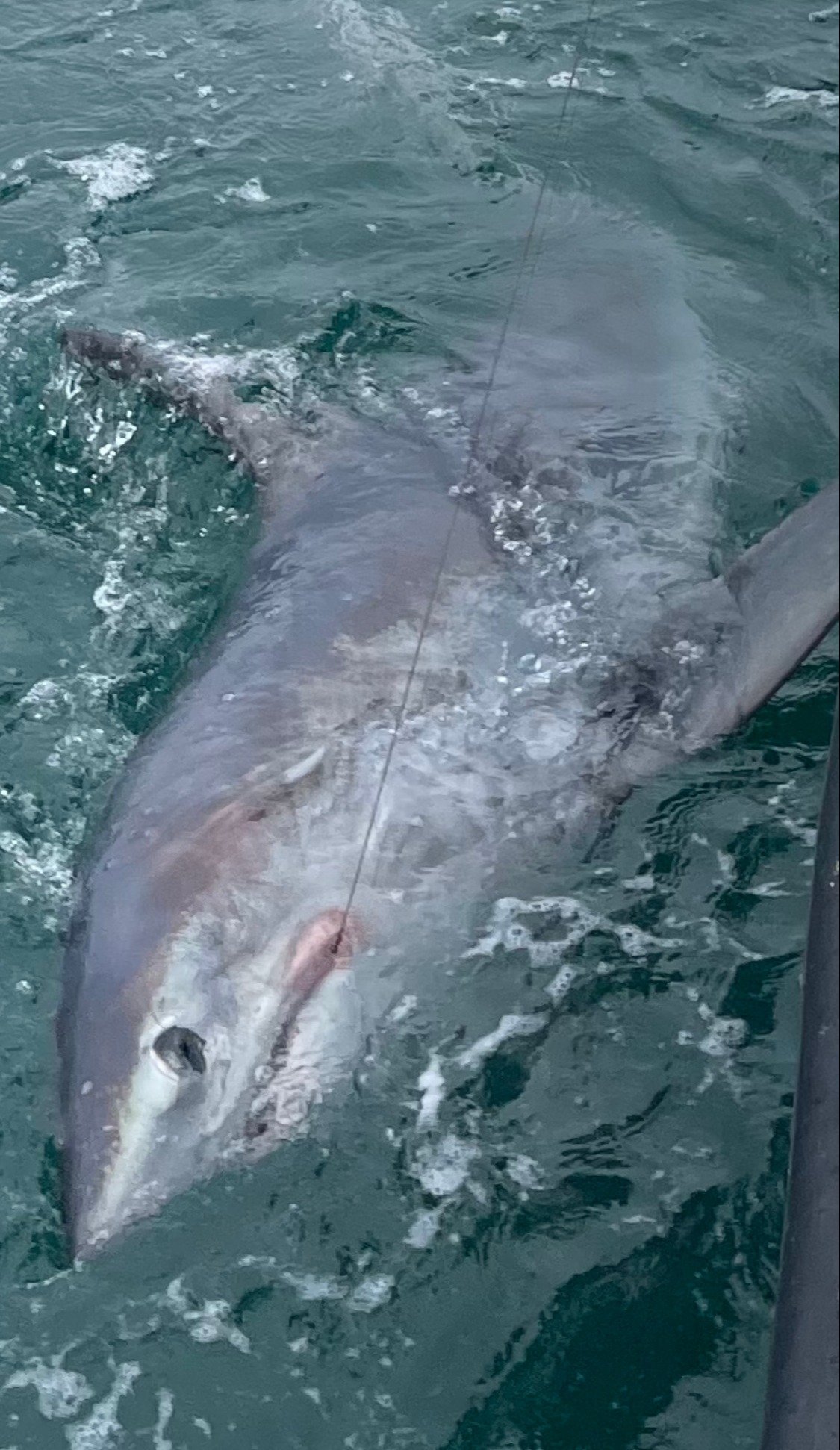 The catch seven miles out from the Devon coast beat the official record of 507lbs. Simon threw it back into the water once he had measured it.

The plumber from Kettering, Northamptonshire, said: "I originally started as a fresh water angler but was drawn to the allure of big game fishing, so I was deliberately on the look out for big sharks.

"My bate got taken and I didn't think it was a big fish because it hadn't started to fight yet.

"Then I reeled it into the side of the boat and it was a real monster.

"Suddenly it took off through the water and pulled around 600 metres of my line and it was a brutal battle to pull it back in.

"It was an hour of agony – imagine dragging over 500lbs of pure muscle. You get to the point where your legs and arms are shaking and you just think your body is going to give up.”

Porbeagle's are relatives of the Great White but are not thought to be dangerous.

The official record for the biggest porbeagle shark caught in the UK stands at 507lbs.

It was caught in 1993 by Scots fisherman Chris Bennett off the Orkney Isles.

Potential record fish must be weighed on land for them to be considered an official record by the British Records Fish Committee, meaning they have to be killed.

Most anglers are unwilling to do that, so they measure the shark and estimate its weight.

Along with blue sharks and thresher sharks, porbeagles – Lamna nasus in Latin – are native to UK waters.

They are large powerful sharks but are not considered harmful to humans as they rarely come towards the shore.