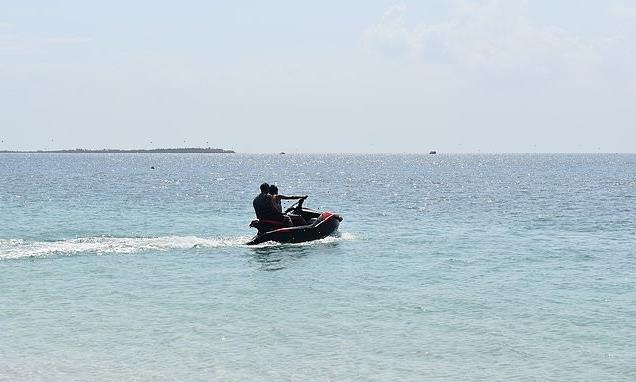 Florida man, 54, accused of $4.2 million Medicare fraud scheme is arrested after he tried to flee to Cuba on a JET SKI

A Florida man who is being investigated for a $4.2 million Medicare scheme attempted to flee the United States on a jet ski to avoid prosecution and now will remain in prison because he is considered a flight risk.

Ernesto Cruz Graveran, a native of Cuba, was apprehended with an alleged migrant smuggler after the jet ski broke down south of the Florida Keys last Wednesday.

The 54-year-old appeared before U.S. Magistrate Judge Alicia Otazo-Reyes sided with federal prosecutors and said that Cruz Graveran should not be released on bail. He will be kept in custody at Federal Detention Center in Miami until his trial.

Cruz Graveran also sought payment for $1 million in claims related to medical equipment that was prescribed to 145 beneficiaries by one doctor.

A worker at the doctor”s office told investigators that the beneficiaries were not patients of the doctor. 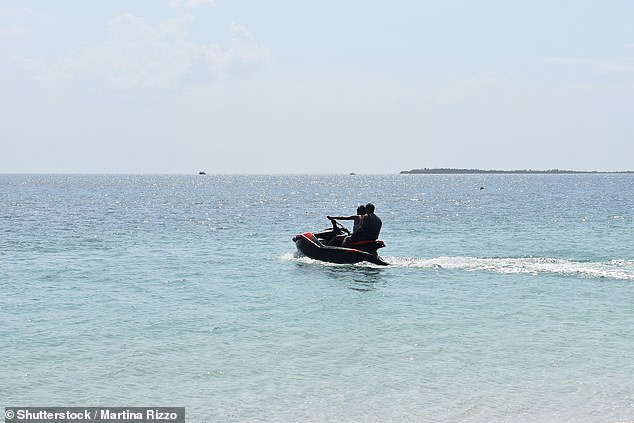 U.S. Coast Guard and U.S. Customs and Border Protection agents arrested a Florida man  identified as Ernesto Cruz Graveran and a Cuban migrant (both not pictured) while fleeing to Cuba last Wednesday. Cruz Graveran is being investigated for a $4.2 million Medicare fraud case

Federal investigators learned last month that Cruz Graveran was planning to travel to Havana and approached him at his home before his flight May 22, the complaint said.

Cruz Graveran admitted being the ‘nominee owner’ of the company and that an associate had paid him in order to use his name for the business’ records and bank account.

He also acknowledged to signing checks at the request of the associate and that he had also cashed the same checks, which ranged from $60,000 to $90,000, at a check cashing store and delivered the cash to the individual.

Cruz Graveran agreed to cooperate with the criminal investigation and turned over his passport.

However, U.S. Coast Guard and U.S. Customs and Border Protection officers reported finding Cruz Graveran aboard a broken-down jet ski in the waters south of Key West, headed in the direction of Cuba last Wednesday.

The communist island nation is about 90 miles south of the Florida Keys.

Cruz Graveran was aboard the personal watercraft with a person known to law enforcement as a migrant smuggler.

Investigators say the jet ski was outfitted with a special fuel cell for long trips and was carrying extra food and water bottles.