The parties – with crowds of up to 400 people – are springing up at vacation rental properties and are being referred to by law enforcement as “COVID-19 parties”. 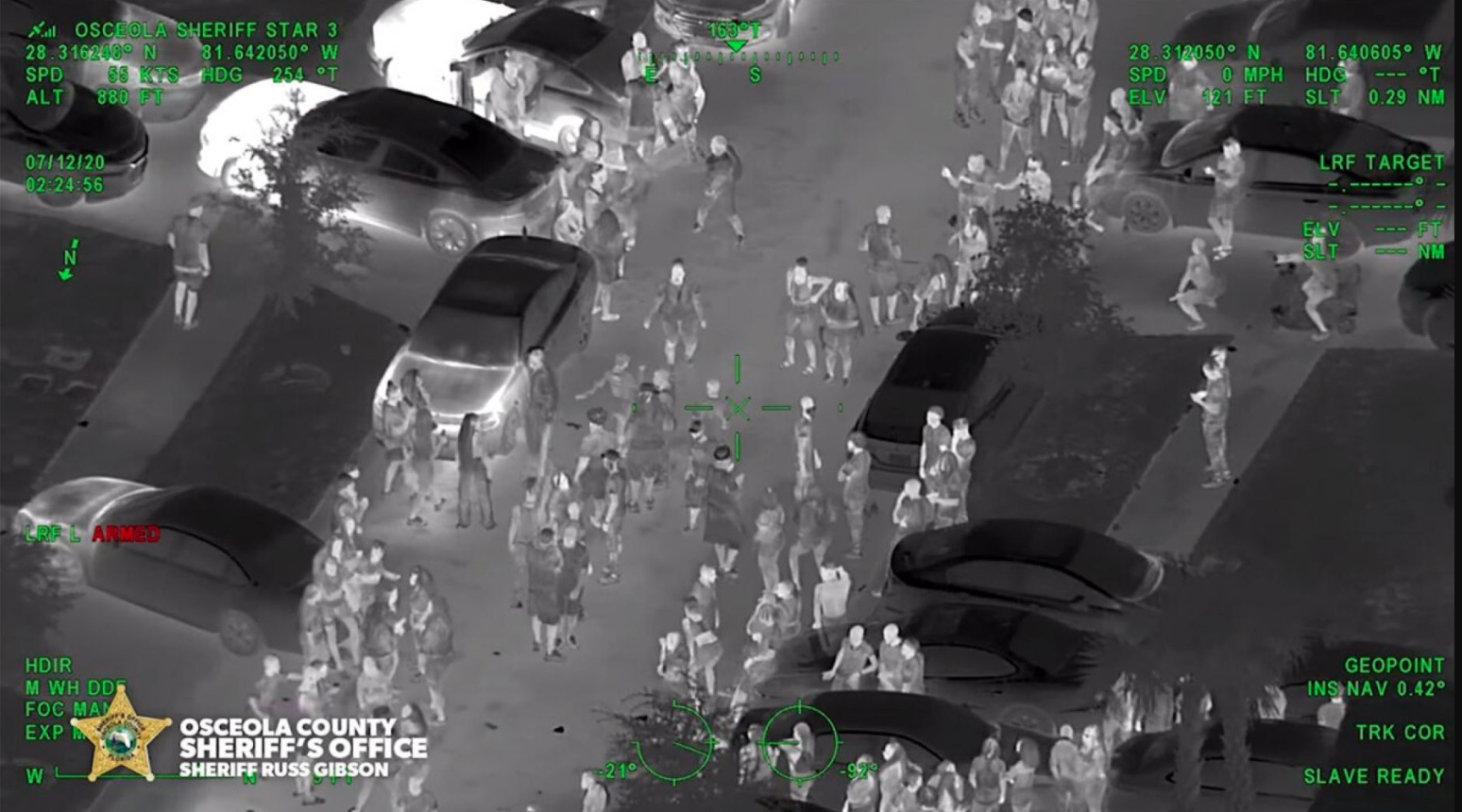 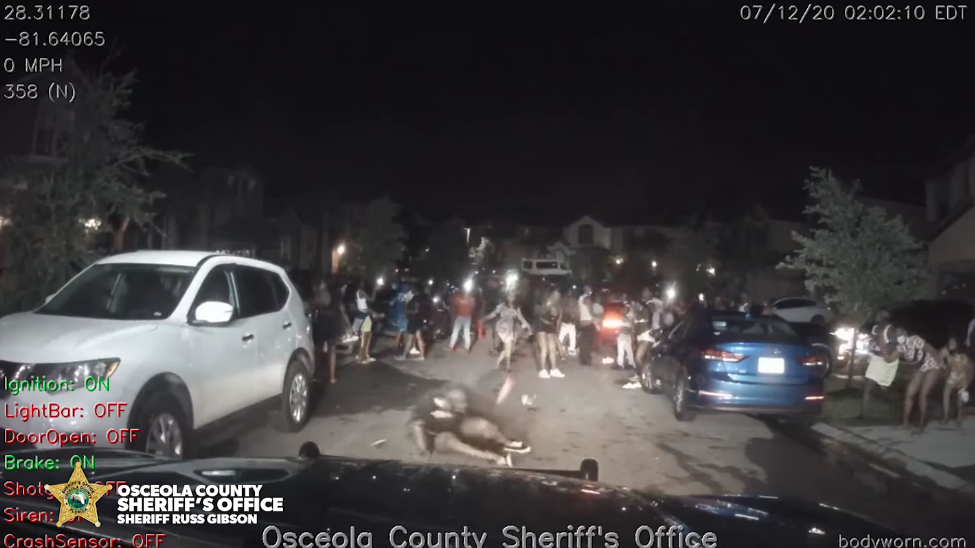 Osceola County Sheriff Russ Gibson said the sheriff’s office has received more than 600 noise complaints since March and will be stepping up patrols in areas where the parties have been known to happen.

"A lot of times, we’ve been finding out that there are people here that are unsavory people that you wouldn’t want in your neighborhoods," Gibson told Click Orlando.

"There are some gangs, that are renting these houses, and they’re coming here to Osceola County. And this is something that we have to protect our residents with.

They’re actually getting together and they’re trying to mingle to potentially spread the virus amongst each other.

“They’re being referred to, from what I’m being told, as COVID-19 parties where they’re actually getting together and they’re trying to mingle to potentially spread the virus amongst each other if they’re asymptomatic or whatever the case might be."

The parties are said to be hosted at multiple nearby vacation rental properties in Osceola County, specifically in three gated housing developments.

Those who live in the usually quiet gated communities where the parties are held are "living a life of terror right now,” the sheriff said.

Police helicopter footage shows dozens of cars blocking a roadway at a party in early July.

A large group of people is seen gathered to dance and party on the street.

Osceola county experienced a recent spike in COVID-19 cases. and Gibson believes it could be related to the out of control parties.

“The problem is when you have this and you take it back home to a parent or grandparent, and unknowingly pass that virus on to them, and potentially end their life — It’s just not worth it,” he said.

“And I think sometimes our young folks are just thinking about the moment.”

In April, a man was fatally shot during one of these house parties and a 20-year-old man was taken into custody, FR24 News reported.

Gibson wants to prevent these types of parties from happening and plans to work with county commissioners and politicians.

As of Friday, the Florida Department of Health reported a total of 5,556 cases in the state, with 248 hospitalizations and 38 deaths. 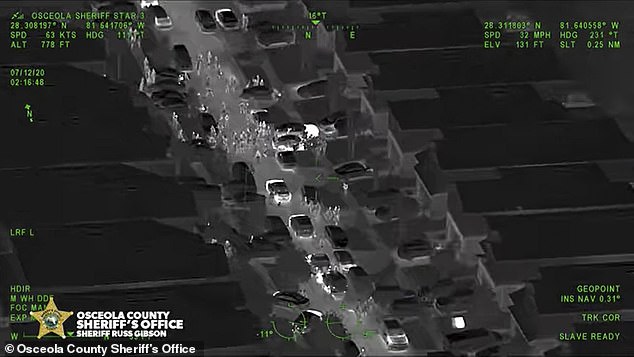 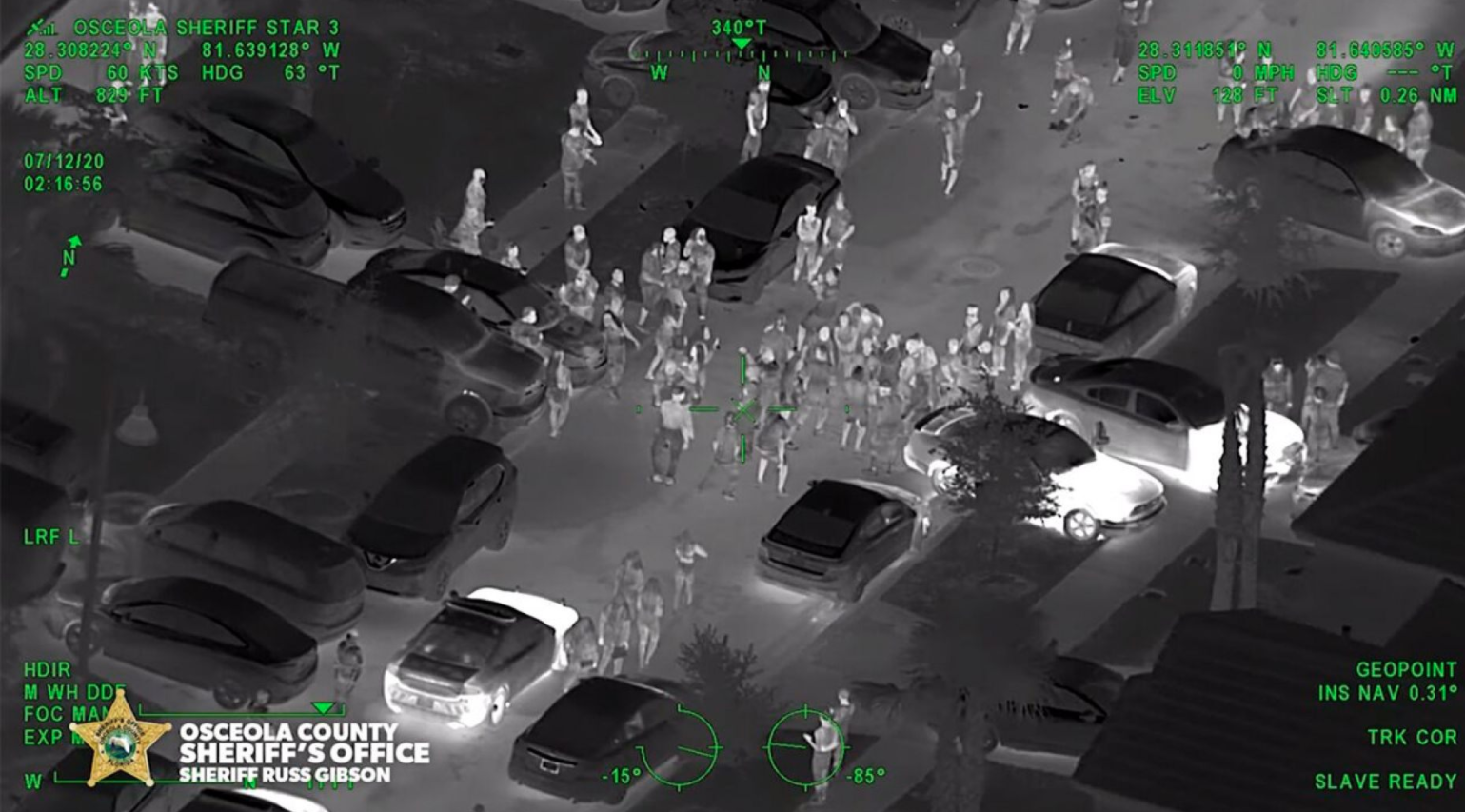