The former chief executive of Audi has been charged with fraud over the Volkswagen subsidiary’s role in the ‘dieselgate’ emissions cheating scandal.

Professor Rupert Stadler, and three others, have also been accused of falsifying certifications and illegal advertising by German prosecutors in Munich.

The charges were brought this morning in connection with the sale of more than 430,000 VW, Audi and Porsche cars that were fitted with ‘defeat devices’ to fool regulators’ emissions tests. 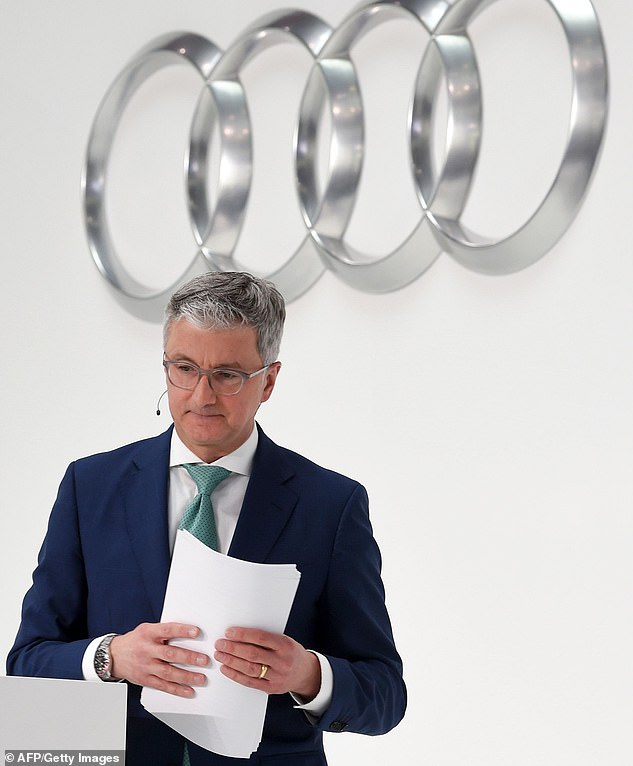 Software was applied to diesel-fuelled vehicles, and only uncovered after September 2015, which could detect when they were being tested and then reduce harmful emissions far below actual levels during real world driving.

Stadler found out ‘at the latest in September 2015’ when Volkswagen admitted to selling 11 million cheating vehicles worldwide after an American investigation.

But from that time on, he is alleged to have knowingly continued selling affected vehicles from Audi especially in Europe and the US, prosecutors say.

After the cheating was revealed, the former CEO was fired from the group and held in custody for five months until October last year.

Porsche and VW cars fitted with cheating engines from the high-end subsidiary also continued rolling out of dealerships. 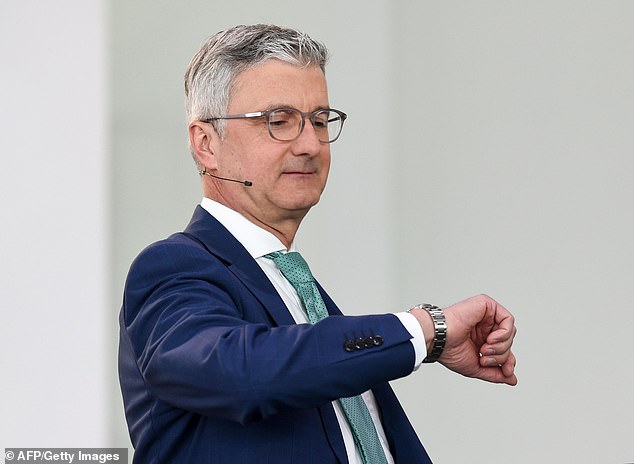 More than 430,000 VW, Audi and Porsche cars were fitted with ‘defeat devices’ to fool regulators’ emissions test in the scandal. (Pictured) Rupert Stadler checks the time at the company’s press conference last year

Sprawling 12-brand group Volkswagen has so far been hit with over 30 billion euros ($33.5 billion) of costs relating to dieselgate, much of it for fines, buybacks and compensation payouts in the US.

The scandal has jolted the German auto industry as other carmakers like Mercedes-Benz maker Daimler have found themselves accused of similar cheating.

VW is making a massive shift to electric vehicles partly in response, while German politics was for much of 2018 consumed with debate over whether and how to ban the most polluting diesel vehicles from city centres.