Former Prime Minister Harold Wilson’s widow left more than £2 million in her will – including £1.8m Westminster flat and bungalow on the Isles of Scilly

Lady Wilson’s fortune was largely drawn from two properties the couple had owned for decades – a £1.8 million flat in Westminster and a three-bedroom bungalow they had built in 1959 on the Isles of Scilly.

Lady Wilson – who nursed the former Labour leader before his death from Alzheimer’s aged 79 in 1995 – died last year aged 102. 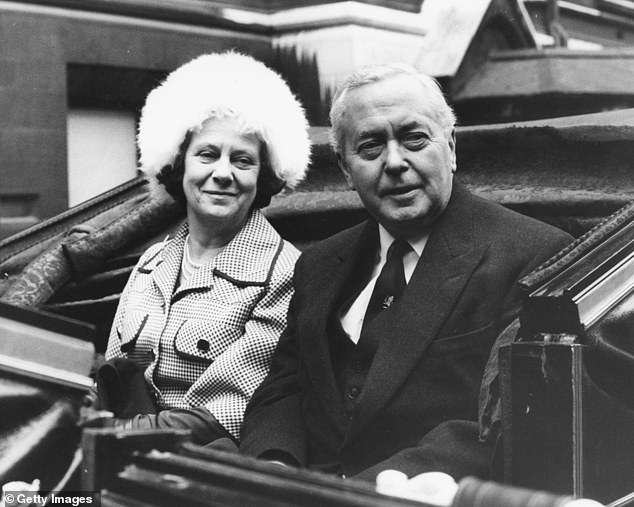 British Prime Minister Harold Wilson with his wife Mary in a State Landau carriage driving along Fleet Street, on their way to the Guildhall to receive the freedom of the city, London in December 1975

Probate records reveal she left the bulk of her £2.3 million estate to her sons Robin Wilson, a professor of mathematics in Oxfordshire and Giles Wilson, a teacher from Devon. Lady Wilson died last year aged 102, having nursed her husband in his ill health until his death in 1995

News of their windfall comes as Lord Wilson’s most personal belongings are up for auction at Hansons in Staffordshire on Friday, including his trademark raincoat and pipes.

Lord Wilson’s passport, Christmas cards from the Royal Family and even a bottle of the former Prime Minister’s beloved HP sauce are all set to go under the hammer.

There are also pictures of Wilson – who was Prime Minister from 1964 to 1970 and from 1974 to 1976 – meeting world leaders, and a charming watercolour painted by the Prince of Wales, who gave it to Lady Wilson.

The painting, Chateau In Burgundy, is signed with the initial C and dated 1990. It comes with a handwritten letter from Prince Charles.

The total sale carried an initial estimate of £65,000, but has been predicted to far exceed that. Hansons’ associate director Jim Spencer, who has been cataloguing the collection, said: ‘It’s an unprecedented sale.

‘I don’t think a Prime Minister’s entire life has come up for auction like this before. But here it is – gifts from presidents, photographs, letters, Christmas cards, everything.’ 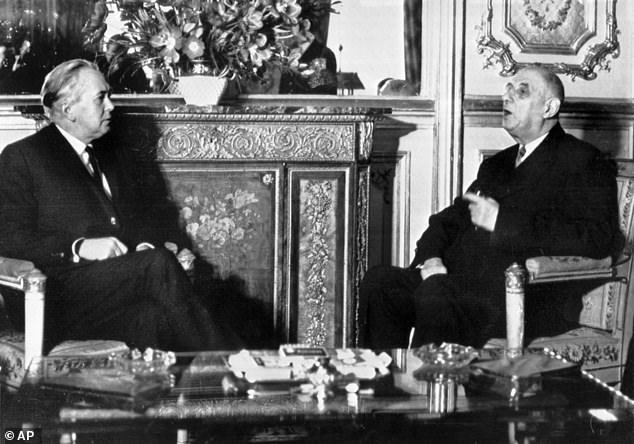 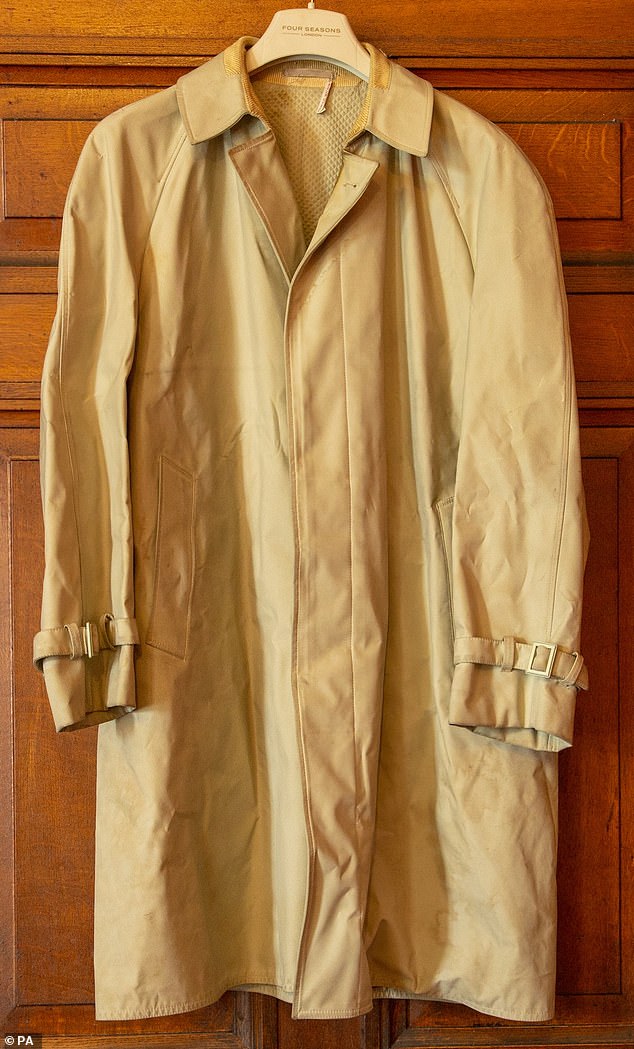 A raincoat owned by former prime minister Harold Wilson from the the collection which has an initial estimated of £65,000