A road traffic accident involving a Land Rover and a fire engine in South London has left five people, including four firefighters, hospitalised.

Additional firefighters had to cut out the driver of the 4×4 from his vehicle following the crash on Streatham High Road, South London, at around 1.25am on Monday as witnesses claimed the car was ‘demolished’ after the accident.

All four firefighters who were inside the fire engine were taken to hospital following the collision. 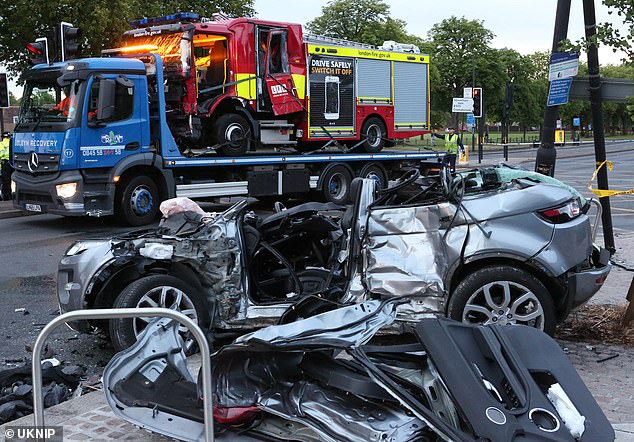 Five people, including four firefighters, have been taken to hospital after a Land Rover crashed into the emergency vehicle in Streatham, South London on Monday morning 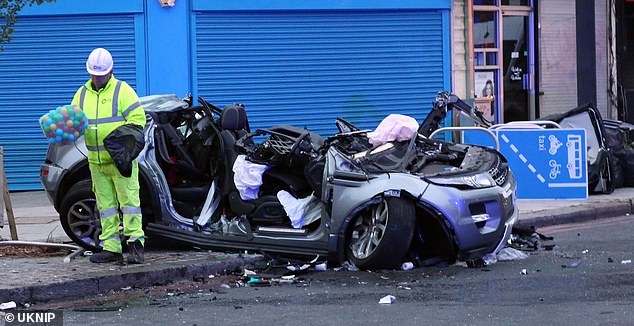 The driver of the 4×4 had to be cut out of the vehicle after it collided with the front of the fire engine, where four firefighters were reported to be sitting inside

The emergency vehicle was on a blue light call in the early hours of Monday morning when the incident occurred, as the front of the fire engine was said to have been left ‘mangled’.

The crew, from Norbury Fire Station, were responding to a fire at a premises on the same road as the crash, according to reports. The fire was reportedly quickly brought under control, with no casualties reported.

A spokesperson from London Fire Brigade said: ‘A fire engine was involved in a road traffic collision with a car on Streatham High Road on Monday 29 June.

‘The driver of the car was trapped by their injuries and was released by additional Brigade crews. They were taken to hospital by London Ambulance Service crews. 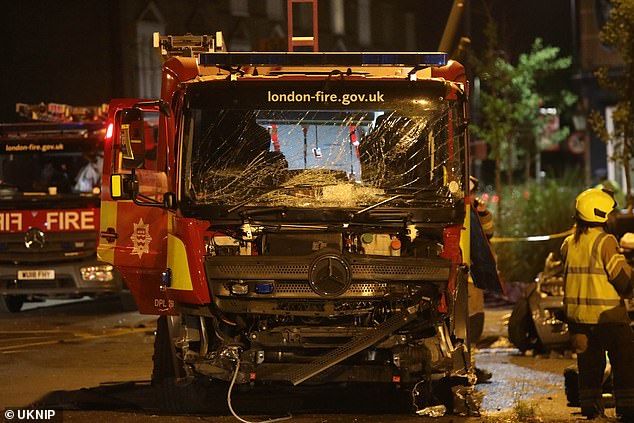 A London Ambulance Service spokesperson added: ‘We were called at 1.25am this morning (June 29) to reports of a road traffic collision involving a London Fire Brigade vehicle on Streatham High Road at the junction of Greyhound Lane, Streatham.

‘We sent five ambulance crews, a medic in a car, an incident response officer and our hazardous area response team (HART) to the scene.

‘We treated six people at the scene and took five to hospital.’

Photographs from the scene show a police cordon in place, while the roof of the Land Rover has been removed.