A TOTAL of 14 passengers were taken to hospital as a precaution after a BA London to Florida flight hit severe turbulence.

The flight from London Gatwick took off on Sunday evening heading to Tampa Bay when the Boeing 777-236 suddenly descended without warning, according to one passenger aboard BA2167. 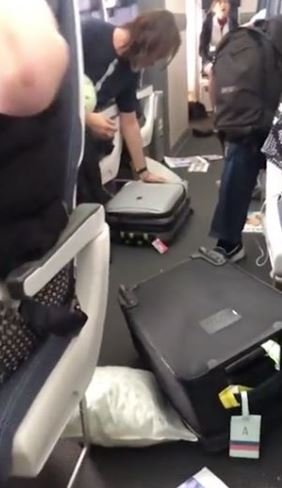 Passenger Ollie Richmond filmed the aftermath of the incident showing the cabin littered with luggage and papers.

He wrote on social media: “Crazy scenes on the #BA2166 (sic) LGW to TPA today. Plane dropped suddenly without warning – loads of people hitting the ceiling!

“Was like something out a film! Lots of people sent to hospital. Well done staff for managing the situation well!”

The footage starts off by showing the luggage that is covering the central isle by the turbulence and then seems to show what is an air vent that has come dislodged.

The passenger next to Mr Richmond can be heard saying: “Oh my god.”

In another post Mr Richard added that he had gone to hospital with his pregnant wife after the plane had landed.

A spokesman for British Airways confirmed the incident to The Sun Online saying 14 passengers had been taken to hospital as a precaution.

The extent of any possible injuries is not known.

A statement from the airline said: “Safety is always our number one priority, and our cabin crew did everything they could to look after our customers after experiencing unexpected severe turbulence.

They asked paramedics to meet the aircraft and some customers were examined by medical staff as a precaution.” 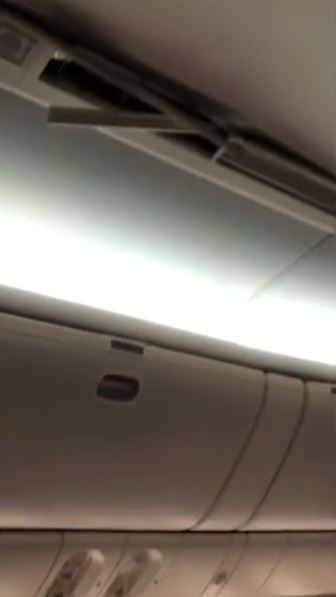 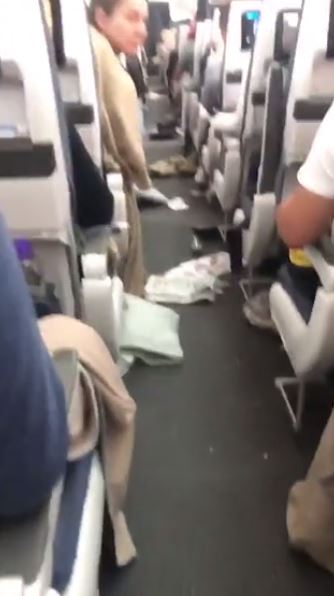