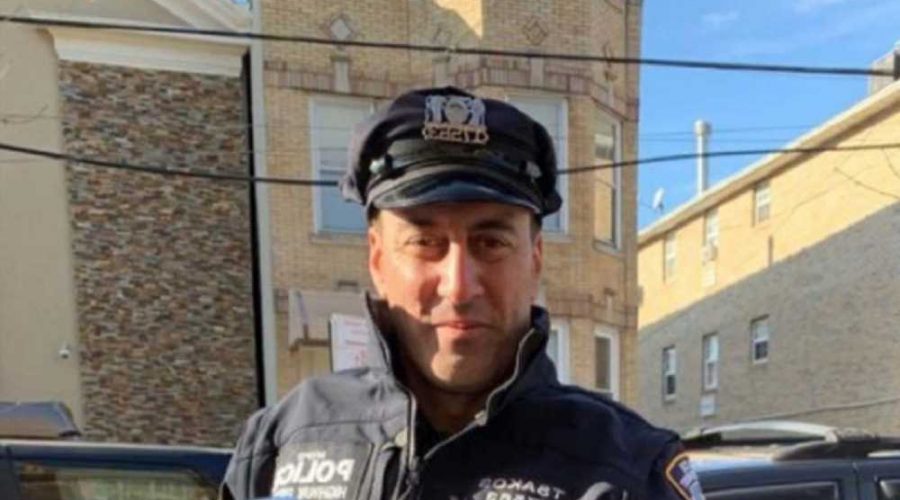 ‘An amazing guy’: Brother of NYPD cop killed by drunk driver speaks out

The wake and funeral for NYPD cop Anastasios Tsakos, who was killed after being hit by an admitted drunk driver in Queens early Tuesday, has been scheduled for next week, his family told The Post.

Teddy Tsakos, the officer’s brother, said their parents, Stavros and Anna Tsakos, will be able to attend the service after arriving in New York from Greece on Wednesday — joining friends and relatives who have been mourning inside the East Northport home the slain highway cop shared with his wife and two young children.

The wake for Anastasios Tsakos at the Greek Orthodox church is scheduled for 2 p.m. to 9 p.m. on Monday.

The funeral will be held at the church at 10 a.m. Tuesday.

Police on Tuesday charged Jessica Beauvais, 32, in the officer’s death on the Long Island Expressway earlier that day.

Beauvais, who gave a tearful apology and admitted to investigators that she’d been drinking hours before the deadly wreck, is facing 13 counts, including manslaughter, vehicular manslaughter, leaving the scene of an accident and driving while intoxicated.

She is being held without bail and is due back in court Friday.

Beauvais posted Facebook video of herself downing shots and ranting “f–k the police” on her podcast Monday night — hours before she allegedly killed Tsakos.