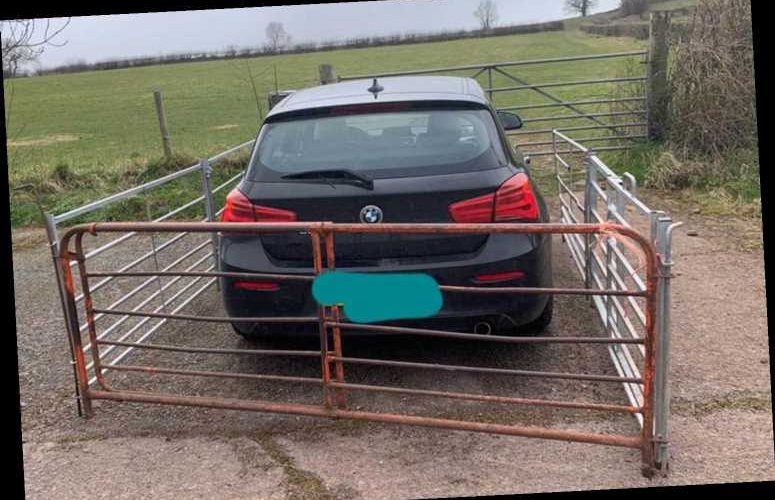 A FURIOUS farmer took revenge on a "plonker" driver who blocked his gate in the most hilarious way.

He got his own back by enclosing the black BMW in its very own paddock. 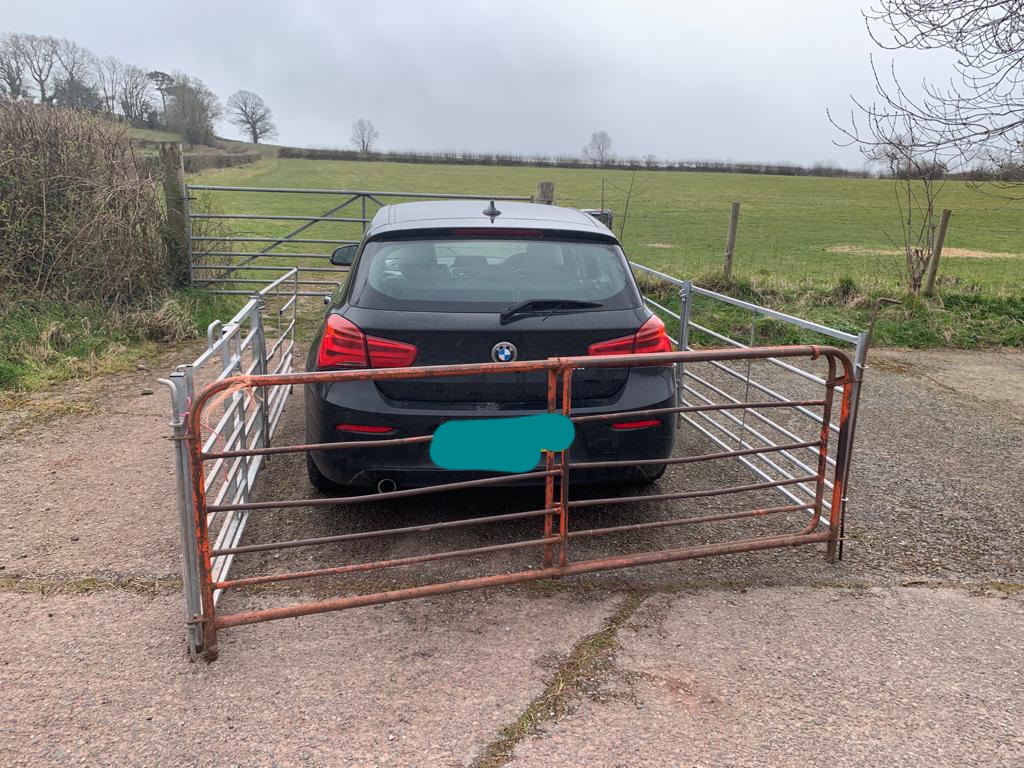 The vehicle had been left in front of the gates of a farm in Wales and meant the farmer couldn't tend to his animals.

So in a stroke of genius he blockaded it in on all four sides.

A picture of the trapped car was posted on social media by a local councillor who urged people to respect farm property.

Emily Durrant said: "It's great be welcoming everyone in Wales back to our corner of heaven but please don't be a plonker and park in front of farm gates.

"It is a working landscape, not just a fun place to be. When farmers can't tend to their livestock it makes them a little upset. Fair enough."

Luckily for the driver, the farmer only did the stunt to make a point online and removed the fences once the photo had been shared.

'DON'T BE A PLONKER'

The county councillor for Llangors said: "We are very welcoming of visitors, they are very important to our local economy and they bring a lot to the area.

"But people must respect the fact rural areas consist of working landscapes and they should be treated as such. It's the same as parking in front of someone's storefront.

"It's an amusing picture, but the message behind it is a serious one.

"All we ask is for people to be considerate when travelling to rural areas and to be mindful of their surroundings."

Social media users also poked fun at the "numpty" driver for their "silly mistake" and praised the quick-thinking farmer.

One said: "What absolute plank parked in front of the gate when there was about an acre of space around them."

Another wrote: "I would have left the fence up until the owner came asking."

And one person simply wrote: "This is brilliant."