AN Australian TV presenter has sparked outrage after she and her family dressed up as Wuhan bat sellers for a Halloween party. 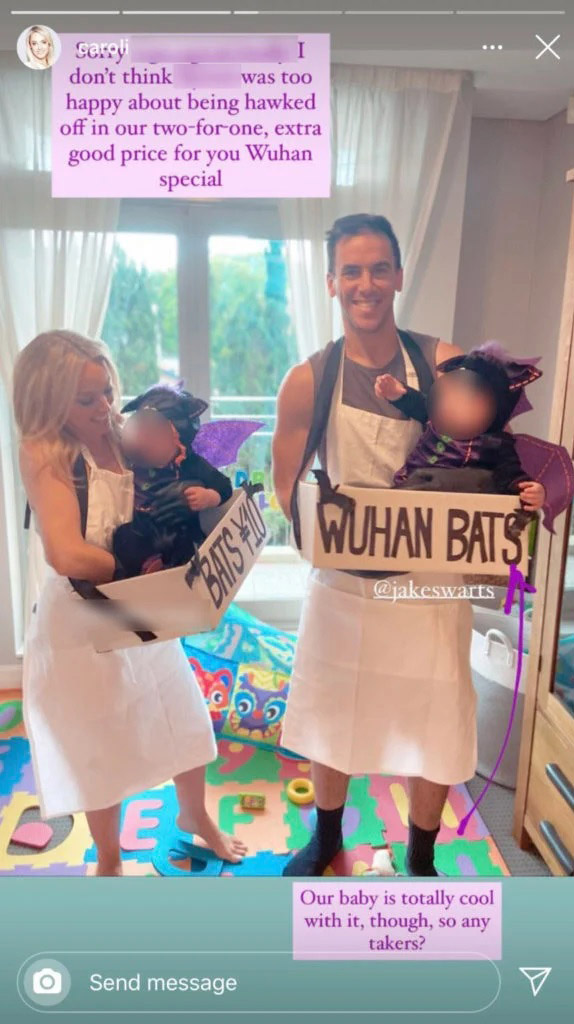 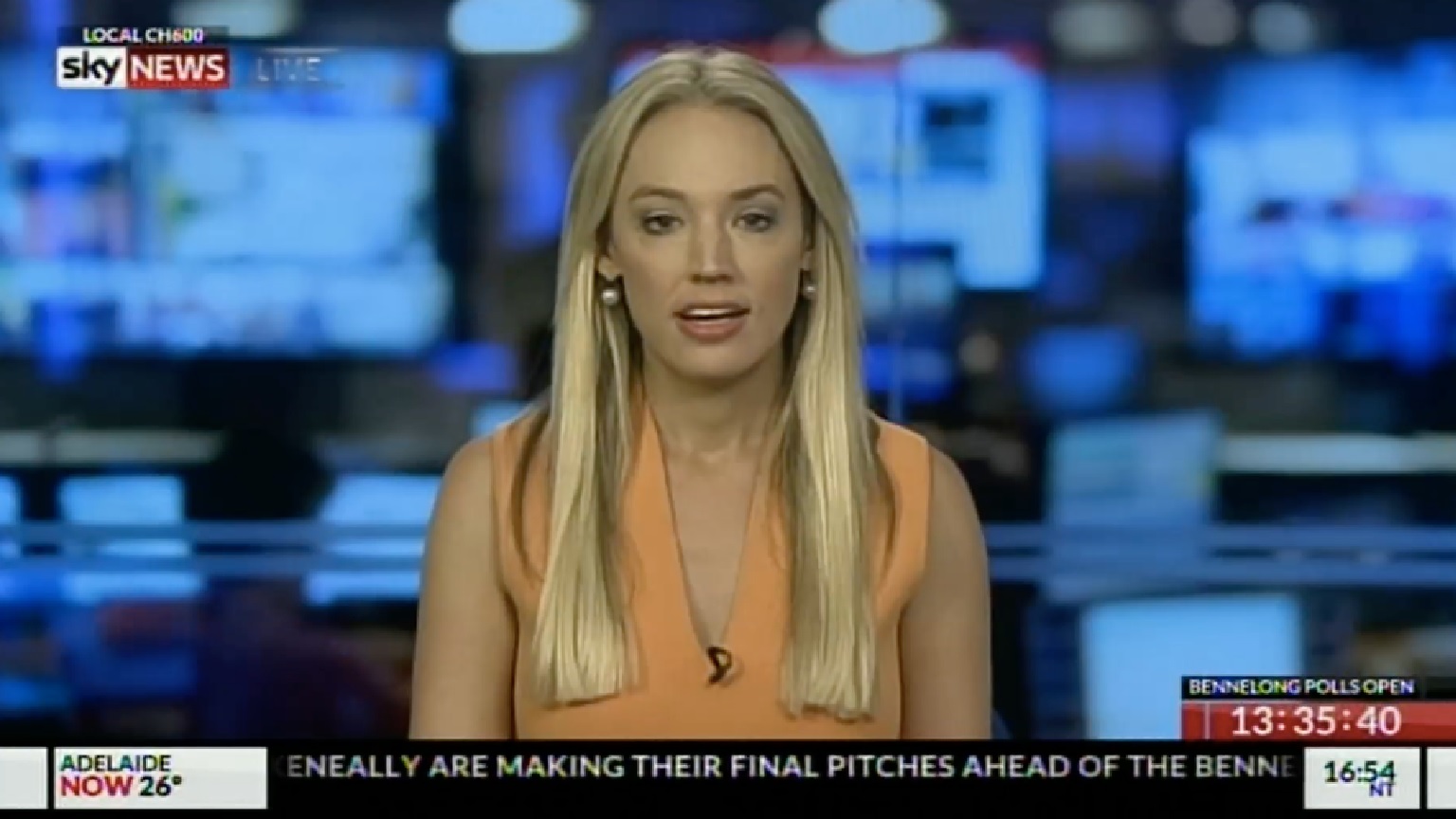 A sign on the front of one box read "BATS ¥10" as if the bats were being sold to eat.

One of the babies was reportedly Marcus and her husband's, while the other was the baby of a friend.

Marcus is a reporter and commentator for Sky News Australia and a columnist for Sydney's Daily Telegraph.

She posted the pictures to Instagram with a caption that read: "I don't think [the friend's baby] was too happy about being hawked off in our two-for-one, extra good price for you Wuhan special.

"Our baby is totally cool with it, though, so any takers?"

Discussing the costumes in another post, Marcus added: "Because what could seriously be more terrifying in 2020 than a couple of Wuhan street vendors hawking one very edible bat?"

The ongoing coronavirus pandemic is known to have begun late last year in the eastern Chinese city of Wuhan.

It has been traced to a market in the city where wild animals – including bats, which are known to carry coronaviruses – are sold for human consumption.

Some users criticised the now-deleted images, saying they could help stoke anti-Asian sentiment amid the pandemic.

"This is really disturbing," one wrote.

"I hope you'll take a step back and consider how offensive this might be to a group of people.

"As a journalist, I hope you'll take some time to reflect on why this is not cool."

Another criticised Marcus for including the children in the pictures.

"Can't stop thinking about Caroline Marcus and her horrible, racist Halloween costume that she roped her infant kids into," they wrote.

Others reacted more positively to the costumes.

"You win the prize Caroline Marcus. That's the best," one person wrote, followed by some laughing emojis.

"This is brilliant!!!" said another.

A third wrote: "Best idea ever… I'll take one… do you ship?" 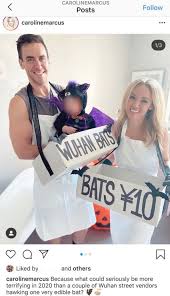