Gang force their way into family home and threaten two children inside before stealing £800,000 worth of jewellery from the property in London’s leafy St John’s Wood

As much as £800,000 worth of jewellery was stolen from a London home after three men barged in and threatened two young children and a woman in her 40s.

Emerald-studded rings, earrings and a ruby bracelet were taken during the robbery in St John’s Wood, Westminster, along with handbags, high value watches and mobile phones.

Police have released pictures of the prized possessions, which were taken after 5pm on Friday January 18 this year, in an appeal for further information.

The woman opened the door to the three men thinking they were a delivery. 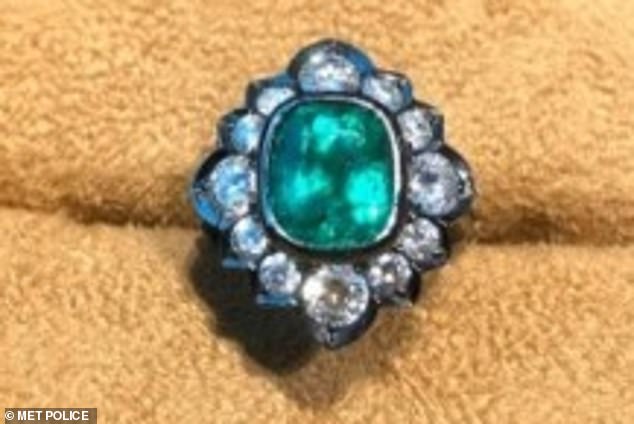 As much as £800,000 worth of jewellery was stolen after three men barged into a London home and threatened two young children and a woman in her 40s 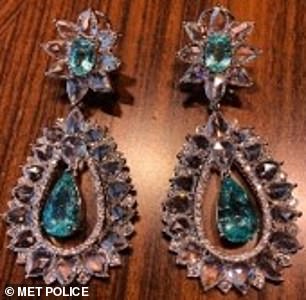 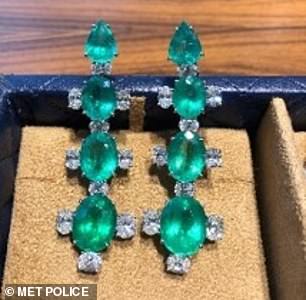 The Met police have released images of the jewels, including emerald-studded earrings, rings and a bracelet spotted with rubies, in an appeal for information

The three criminals, described as black men all over five-foot three inches tall and wearing masks on the lower part of their face, barged in and demanded to be taken to the safe.

They emptied it of possessions before taking other expensive items and driving away in the victim’s car.

Pictures show the glittering pieces of jewellery that were taken, including a gold-and silver-looking bracelet.

Prized earrings and a ring showing what appears to be a single emerald with jewels studded around it were also taken.

The images have been released by the metropolitan police as they appeal for witnesses to come forward. 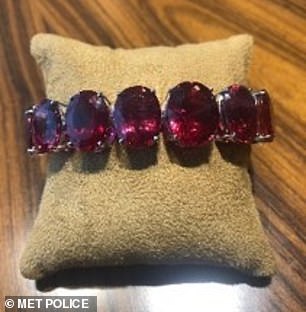 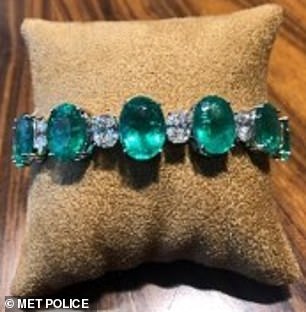 The prized possessions were taken from a home in St John’s Wood, Westminster, along with expensive watches, handbags and mobile phones 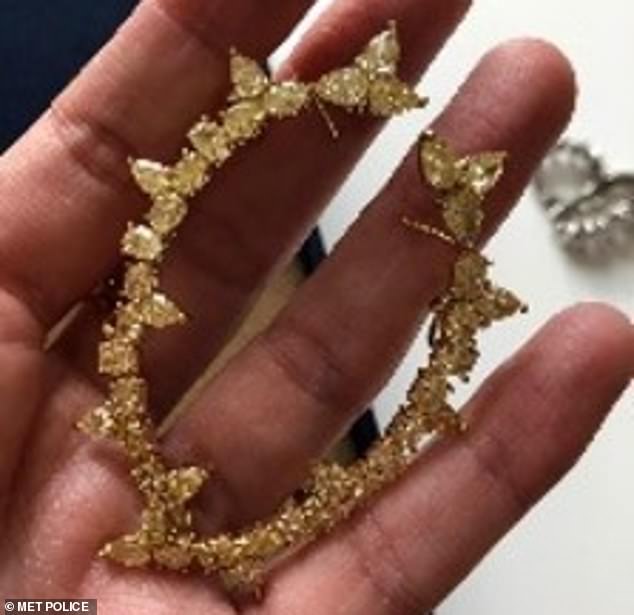 A woman in her 40s opened the door to the three robbers thinking that they had a delivery. (Pictured) A gold bracelet that was taken in the robbery 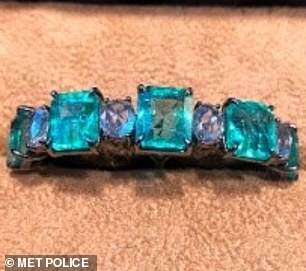 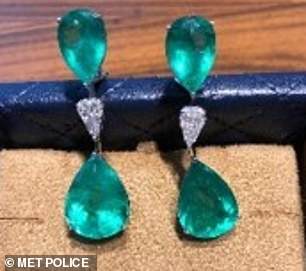 After stealing items from the house, the robbers drove away in the victim’s car

Detective Constable Piers Gilbert, of the Met’s Central West Area Command Unit, said: ‘This was a terrifying incident which has had a profound effect on the victim’s life.

‘We are now appealing for people to think about whether they have been offered this stolen jewellery and if so, to come forward and help us with our investigation.

‘Similarly, anyone who thinks they may have witnessed this incident or anyone acting suspiciously in the St John’s Wood area around this time is asked to get in touch.’

The suspects are described as three black men, all over 5ft 10ins, who were wearing masks covering the lower part of their face.

No one was injured in the robbery and the victim’s car was later recovered by police.