German surgeon, 55, seriously injured midwife who worked at same hospital after he ‘forgot’ which side of road to drive on and crashed into her as she made her way to work, tribunal hears

A German surgeon who lives in the UK left a hospital midwife seriously injured after ‘forgetting’ which side of the road to drive on before a head-on smash, a medical tribunal heard.

Harald Geogloman, 55, was on his way to work at Queen Elizabeth Hospital (QEH) in Kings Lynn, Norfolk, when he got mixed up and drove on the right hand side of the road.

The father of four, who was travelling along the A148 in the village of Harpley said he saw a vehicle travelling in the opposite direction but didn’t have time to react.

His Audi collided with an oncoming Nissan Micra being driven by Joy Richardson, who was on her way home from a night shift at the same hospital. 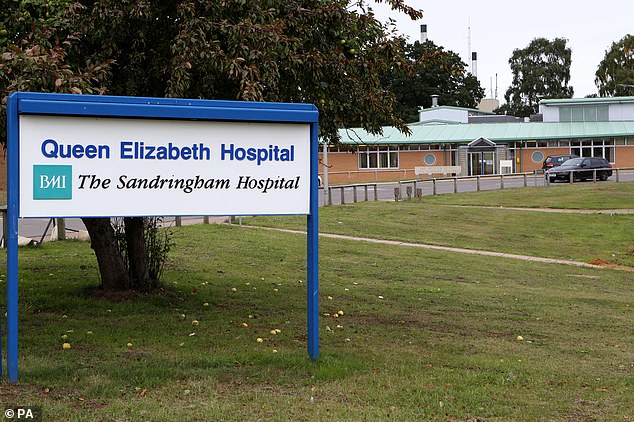 Mrs Richardson said she thought it was ‘someone who was about to commit suicide? and swerved into the right hand lane in a bid to avoid the oncoming car.

Mrs Richardson who has been a midwife at the QEH for 35 years, was taken to A&E where she was treated for fractured ribs, four fractured toes, a twisted left knee, bruising and a mild head injury.

The woman who suffered from 36 hours of vomiting, a week of headaches and was in hospital for three days has since decided to take early retirement.

GMC counsel Emma Gilsenan said: ‘When interviewed by police the doctor said he was driving on the A148 at around 50mph because road conditions were slippery.

‘He said he saw a vehicle travelling in the opposite direction, and her vehicle then appeared in front of him in the carriageway.

‘He did not have time to react and hit the vehicle.

‘He said he checked himself and was not injured. He then walked to her vehicle to check if the woman driver was OK. 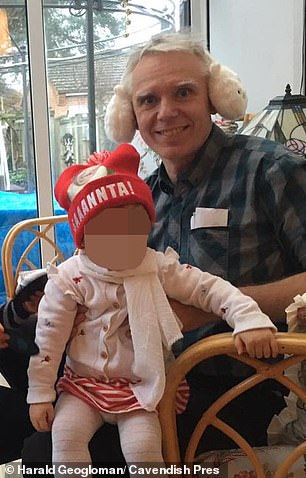 Surgeon Harald Geogloman, 55, ‘forgot’ which side of the road he should be driving on

‘He asked if he could help her before ambulance and police arrived.

‘He said he had not been distracted while driving and was just going to work. He was not on his mobile.

‘He said he did not drive in the carriageway at the vehicle.’

The incident occurred in January 2017 and  in March 2019 Mr Geogloman was given 20 months jail suspended for 24 months at Norwich Crown Court after a jury found him guilty of causing serious injury by dangerous driving.

This week at the Medical Practitioners Tribunal Service in Manchester he was battling to save his job after the General Medical Council accused him of misconduct.

The tribunal was told that Geogloman originally from the town Giessen near Frankfurt in Germany was banned from driving for two years and was told to pay prosecution costs of £2,000.

Giving evidence via Skype, Geogloman told the tribunal: ‘I accept the verdict of the trial. I have had more than enough time to reflect.

‘I accept the possibility I might have been wrong despite my beliefs.

‘I have had to accept my belief that I was not driving on the wrong side of the road could be wrong.

‘It is dreadful thinking that I, having been trained to heal and to go out as an emergency doctor in Germany to treat these sorts of injuries and make things as good as they can possibly be and then being the one who has caused it has been very, very difficult to cope with and I reflect on that fact over and over again.

‘I feel absolutely dreadful about the injuries being something she has to live with and will probably have a lifelong impact on her quality of life.

‘ I feel quite deep about that. I have never intended to cause harm to anyone in my life even as an accident.

‘It has shaken me greatly, particularly since I had to admit to myself that I may be wrong in my belief that I was not driving on the wrong side of the road.

‘I never expected to be in any court let alone a criminal one being convicted for something like that.’