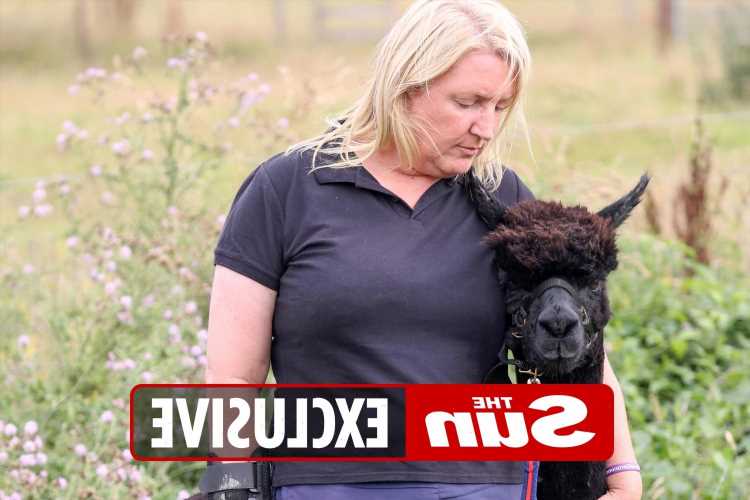 GERONIMO the alpaca’s owner has vowed to take a bullet to save him from callous jobsworths.

The stud animal is due to be destroyed by Defra after twice testing positive for bovine TB. 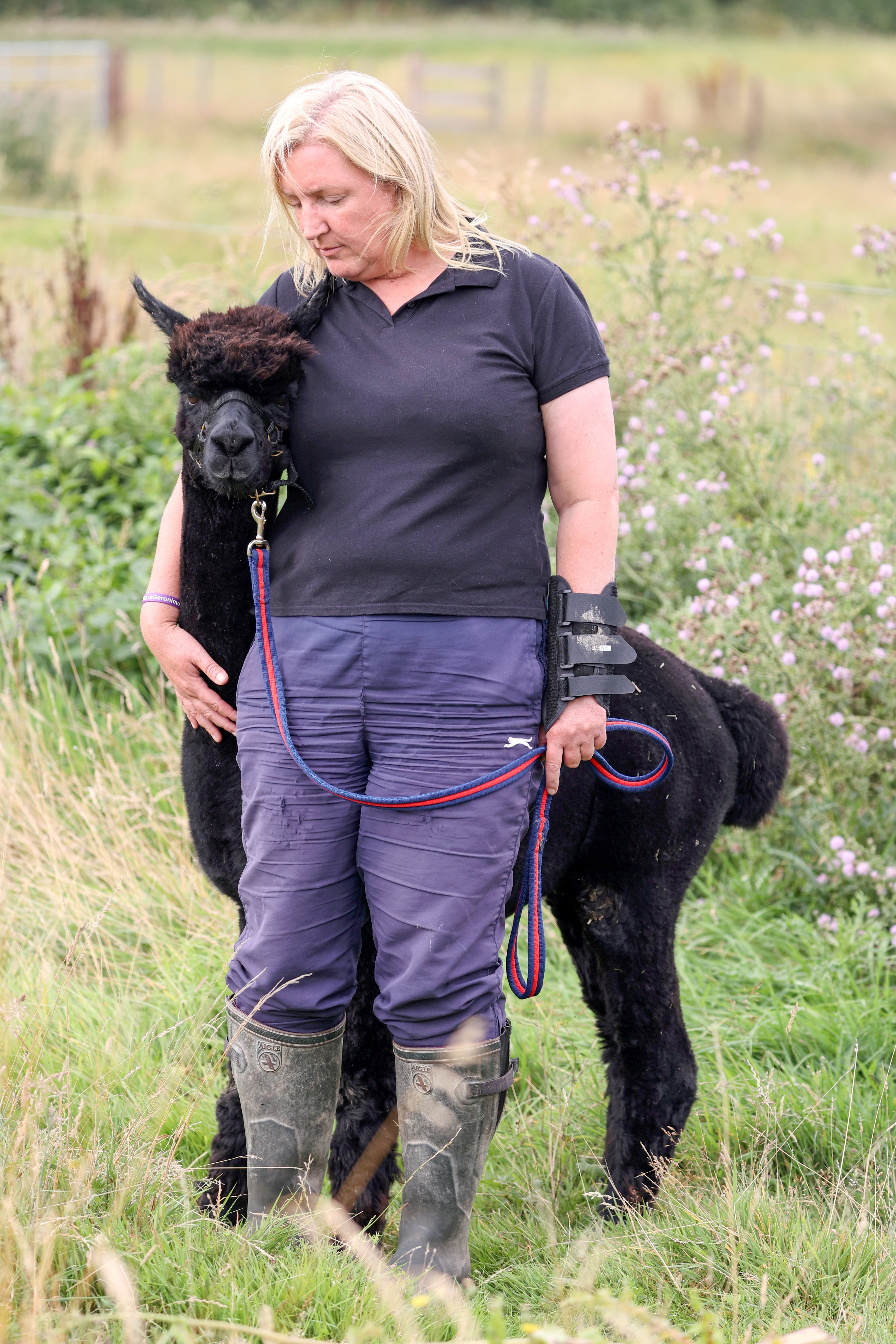 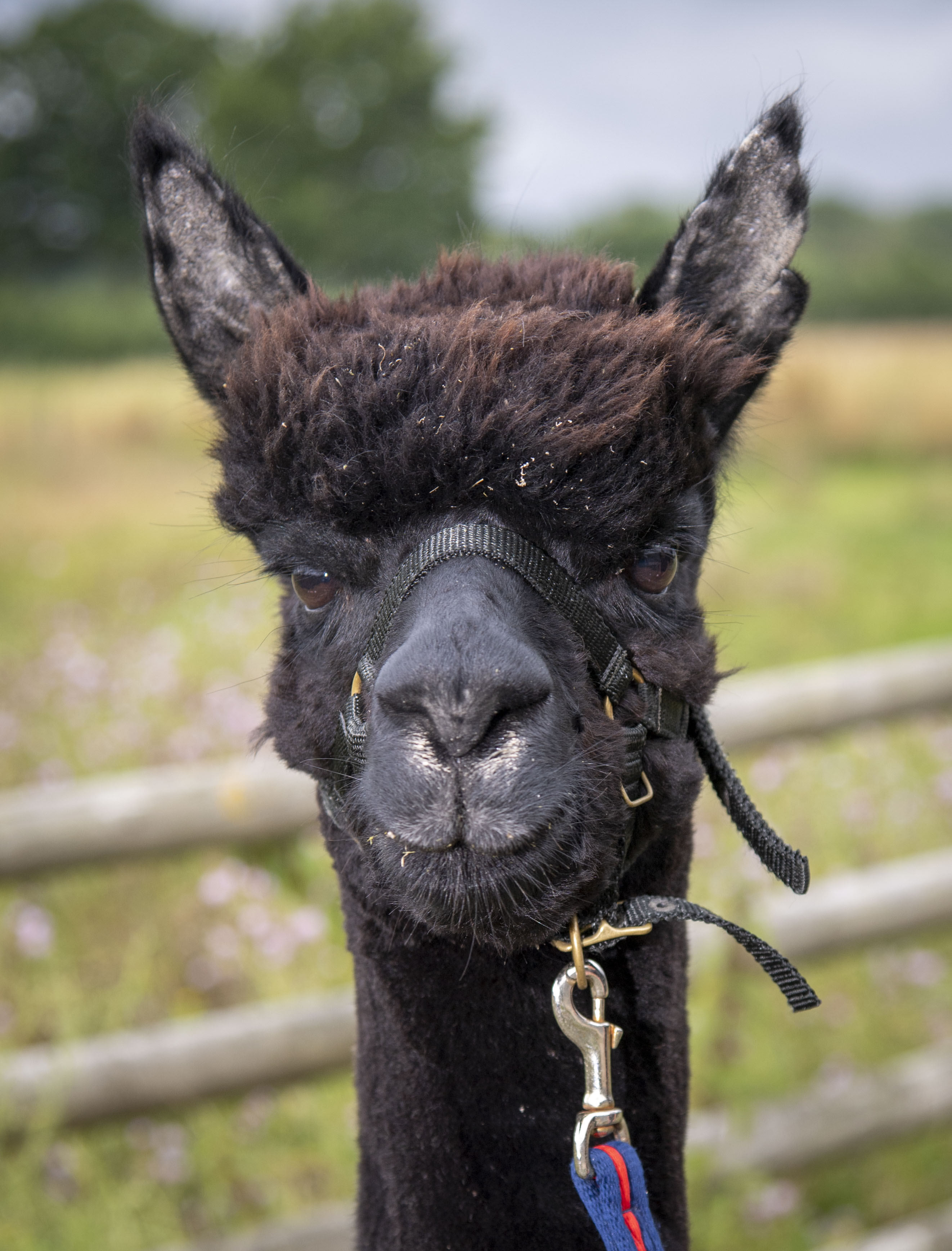 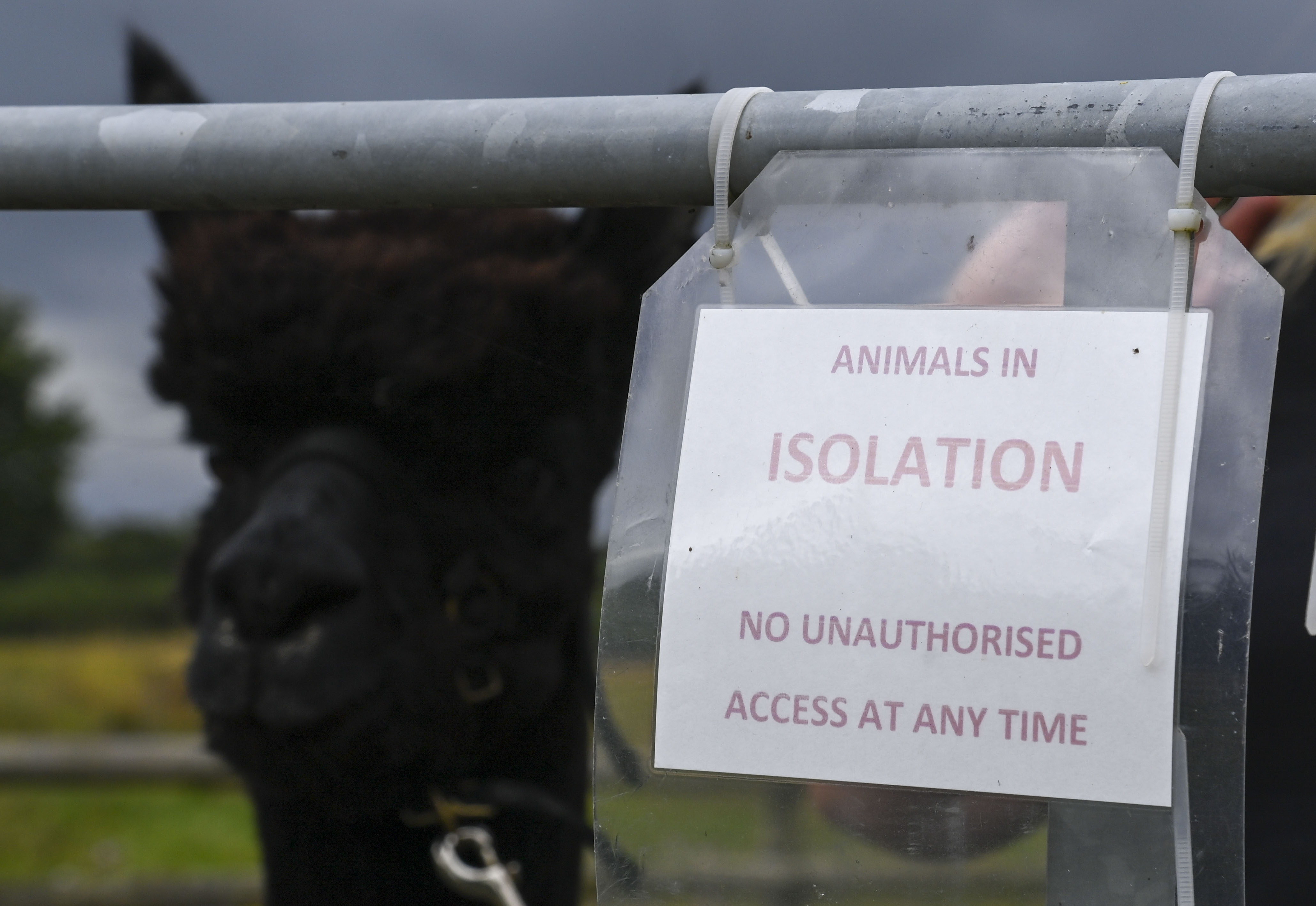 Tearful farmer Helen Macdonald, 50, is prepared to make the ultimate sacrifice and step in the way of any gunman told to kill her beloved chocolate-brown stud animal.

She says two positive tests that Geronimo has given for bovine ­tuberculosis are faulty. But a High Court judge ruled that Geronimo was suffering from the disease and must be destroyed.

Heartbreakingly Helen has been told she or her own vet must carry out the shocking deed or Environment Secretary George Eustice will send in an extermination team as soon as the weekend.

He claims he has huge sympathy but refuses to make a U-turn. Helen told The Sun: “I can’t stand by and let my animal be killed and I’m willing to stand in the way of any gunman who comes to destroy Geronimo.

“They’ve picked on the wrong woman. There is no way that I will put him to sleep.”

Vet Helen has been fighting the Department for Environment, Food and Rural Affairs (Defra) for four years and is now drowning in £50,000 legal fees.

But she has vowed to do everything she can to keep Geronimo alive — no matter what the cost.

I’m willing to stand in the way of any gunman who comes to destroy Geronimo.

Defra have told Helen that they would expect her own vet to destroy Geronimo but failing that they will come to the farm if necessary with police to kill the alpaca.

But Helen said: “I will not ask my vet to and I certainly won’t do it. I feel persecuted because of the way we are being treated by Defra.

“If Geronimo did have TB he should have been dead by now. Alpacas with TB only last a few months, but it’s been more than four years since he allegedly tested positive.

“This has become a personal battle between Defra and myself and they are prepared to take me to the cleaners because they can’t bring themselves to admit they are in the wrong.”

The threat that a vet can walk on to her farm in Wickwar, Gloucs, and kill Geronimo at any moment is giving her nightmares.

She said: “Every time a van goes past I’m worried it’s Defra come to carry out the warrant and that’s incredibly frightening.

“We believe we’ve proved that Geronimo is clear of TB from the time he was brought over from New Zealand until now.

“He’s had four skin tests prior to leaving and numerous other blood tests and there’s no evidence of bovine TB. But Defra will not accept these tests.

“They will not accept their initial test was flawed and have been standing by that result ever since. They have moved the goal posts as far as the tests go and now they just want to make an example of Geronimo and it’s just so unfair.

Every time a van goes past I’m worried it’s Defra come to carry out the warrant and that’s incredibly frightening.

“I’ve had help from a crowd-funding scheme and some of my legal fees have been met by a pro-bono lawyer but I’m still in huge debt. I know I’m in the right and I’m willing to do whatever it takes to prove it.

“It’s like Defra is trying to break me financially and emotionally.”

An Opinium poll for The Sun found that 42 per cent thought the animal deserved to live. Only 16 per cent backed the decision to kill him. Of those who want him to survive, most demanded Boris Johnson step in.

Officials say it is impossible the two tests could be wrong and they are legally obliged to take the action to stop the disease spreading. 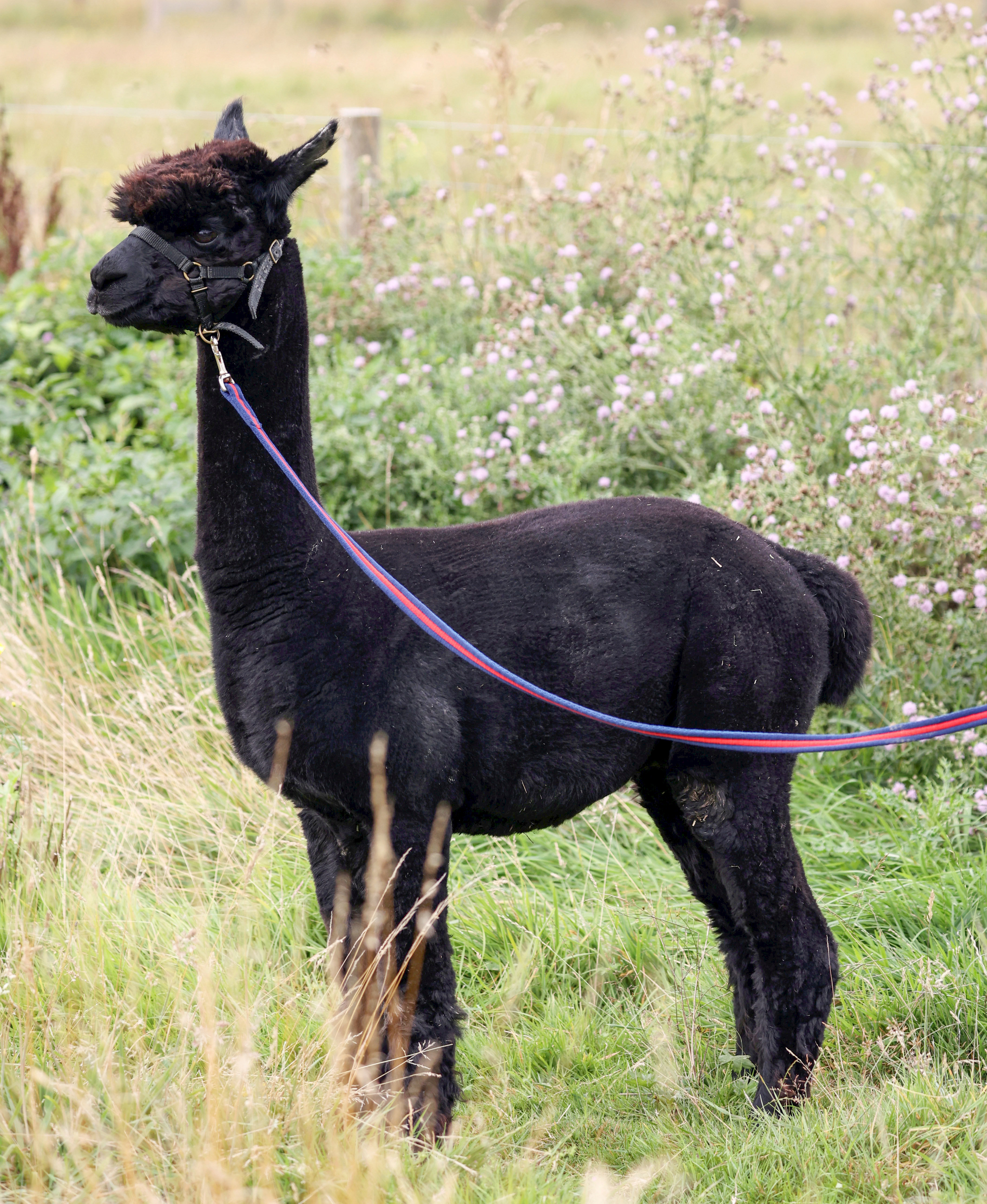 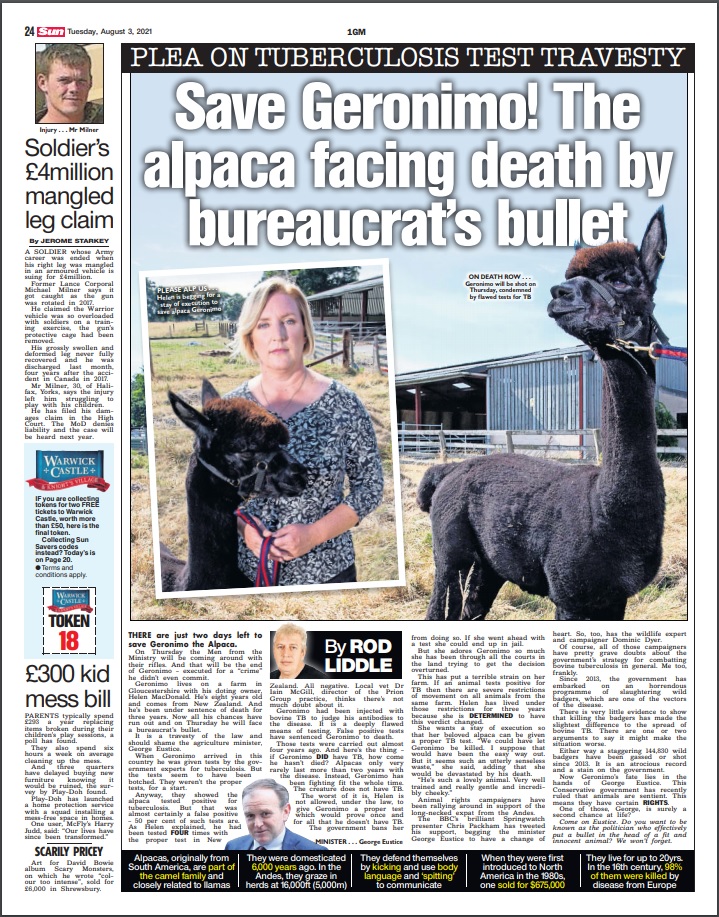 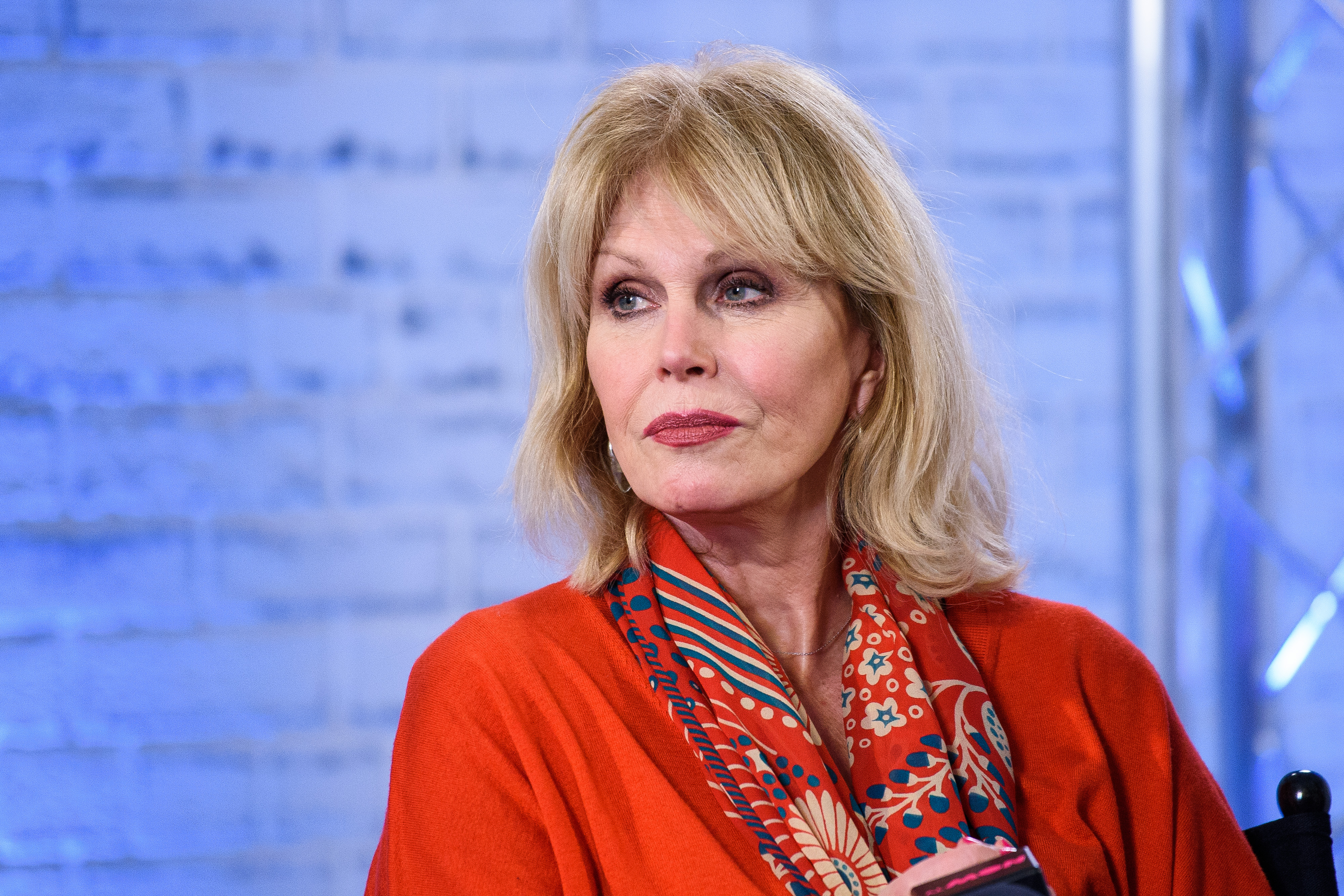 ACTRESS Joanna Lumley and TV wildlife presenter Chris Packham are among those pleading with ministers to save Geronimo.

The alpaca’s impending demise has seen 75,000 people sign an online petition to save him.

And Joanna, 75, and Chris, 60, have both urged PM Boris Johnson and Environment Secretary George Eustice to change their minds.

Joanna said: “When in doubt, don’t. So please spare Geronimo, as there is real doubt hanging over this death sentence.”

Meanwhile, Chris said on Twitter: “Quick question, what do you think will happen if Geronimo is euthanised today and the post mortem shows he doesn’t have bovine TB?

Ministers are terrified that if they cave in and allow Geronimo to live, farmers will come after them in court for forcing them to put down their cattle. Around 30,000 cows have been ordered to be culled.

Mr Eustice said: “My own family have a pedigree herd of South Devon cattle and have lost cows to TB, so I know how distressing it can be and have huge sympathy for farmers who suffer loss.

“I have looked at this case several times over the last three years, and gone through all of the evidence with the Chief Vet and other experts in detail. Sadly, Geronimo has tested positive twice using a highly specific and reliable test.”