A FIVE-year-old girl miraculously survived a 100ft fall from the eleventh floor of a hotel after sleepwalking out of her room and climbing over a ledge.

Footage shows the girl wearing an orange shirt and navy shorts walking out her room on the 12th floor, while the father was sleeping, before making her way to the floor below. 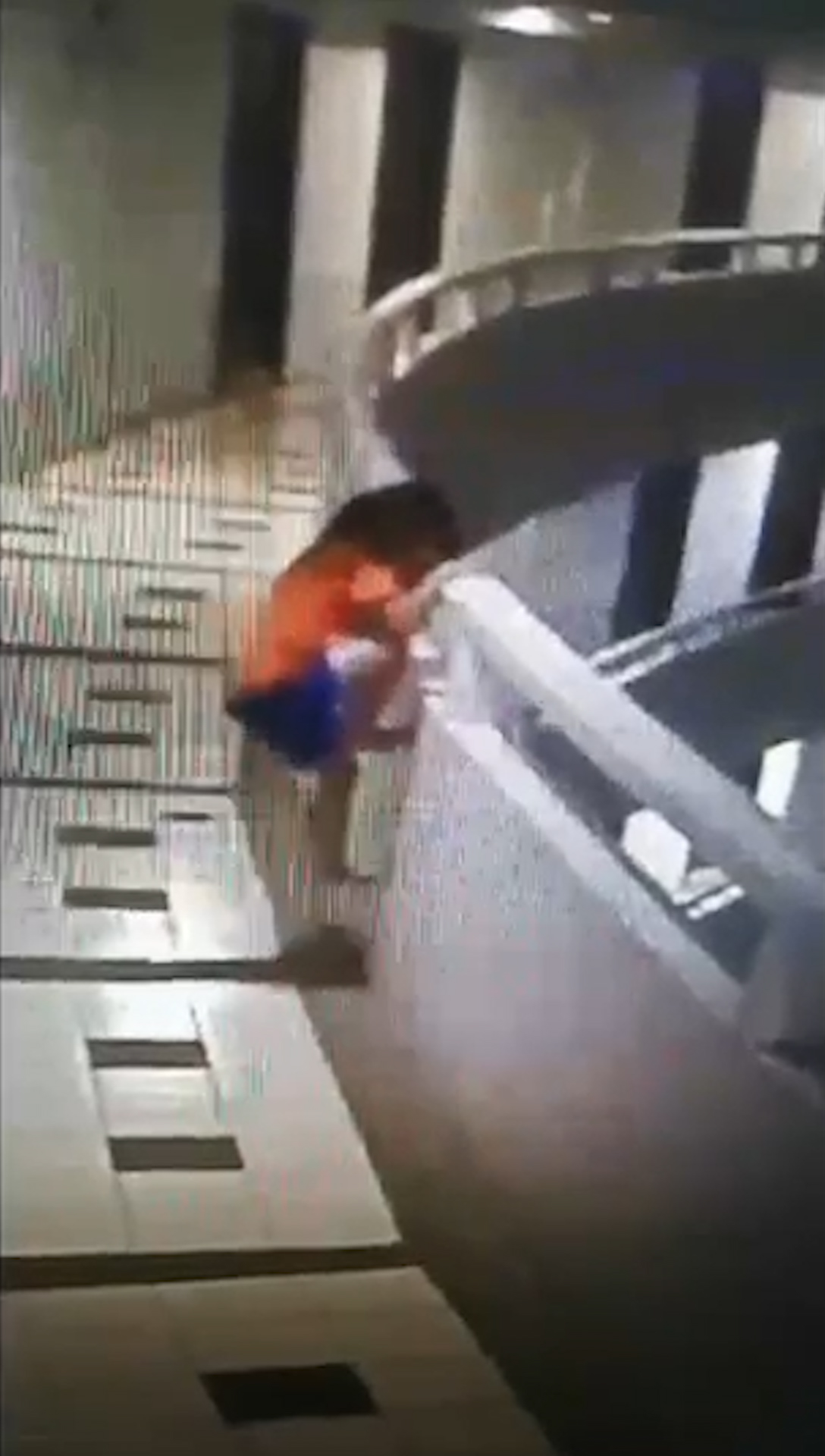 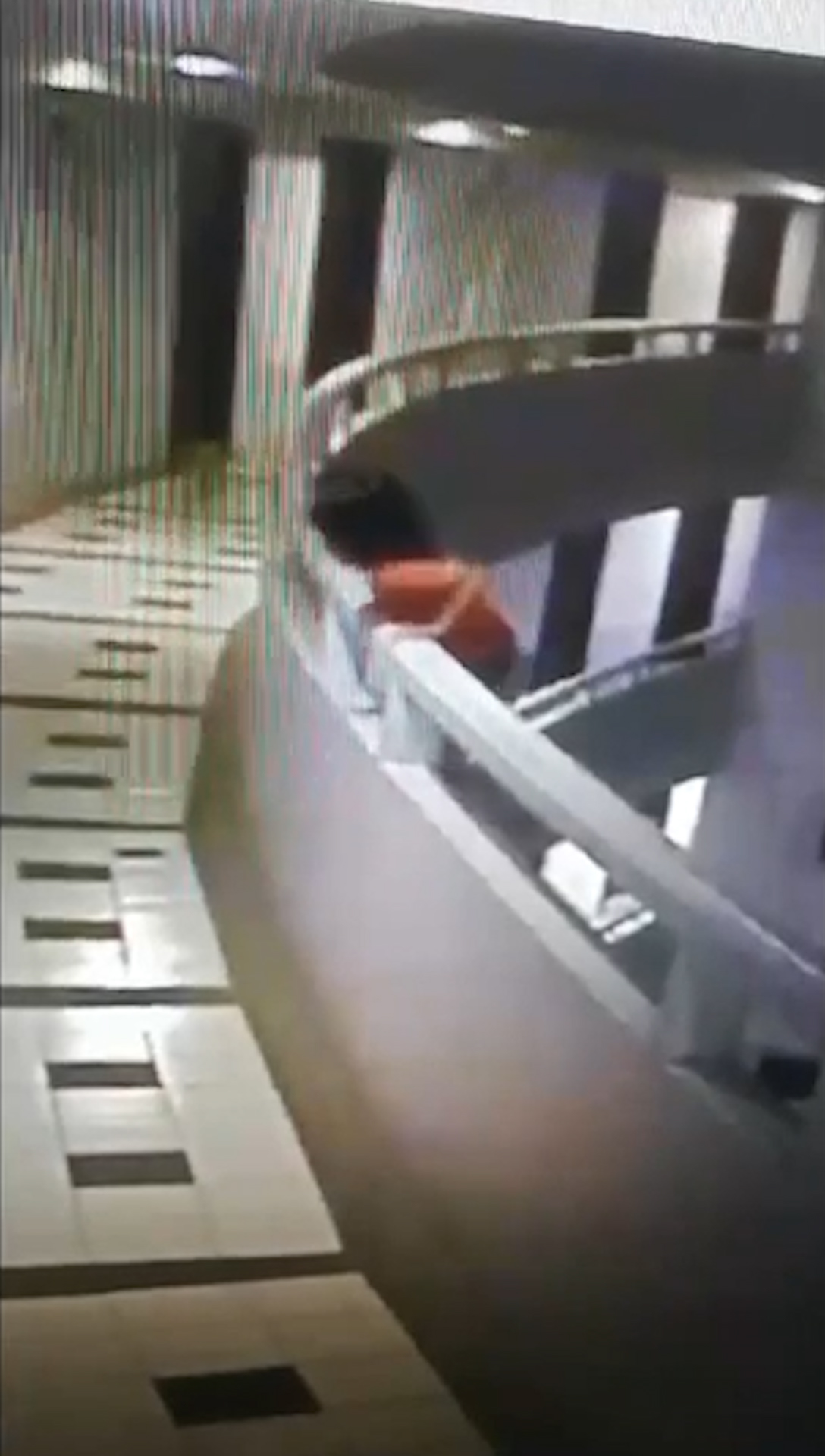 After she left their room, the door slammed shut behind her and she was unable to get back in.

She tried other rooms which were also locked and then walked down the eleventh floor.

The girl made one last attempt to enter a room and was seen trying to push the door open.

CCTV shows the youngster then walking towards the balcony and quickly climbing across the rail to try and go down.

But her slippery hands could not hold on to the rail and she then plunged more than 100ft to the hard ground below.

Hotel staff rushed where she landed when they heard the loud noise from her fall and found her unconscious.

The girl – named only as A – was immediately taken to Bangkok Hospital Pattaya in an ambulance.

Her father was woken by staff, who told him about the accident and then took him to his daughter.

The girl was seriously injured with a broken leg and arm and was transferred to an intensive care unit at Chonburi hospital, accompanied by her father.

Mr Sookplum, a police officer at Srisaket province, said that he was not aware of his daughter’s behaviour and believed that she was just sleepwalking.

“I didn't know when or how long she left the room until the staff told me,” he said.

“I think she didn’t know she left the room until she woke up and tried every way to get back to me.”

Prawit Choosing, Pattaya city police chief, said after checking CCTV that the incident occurred because of the child’s curiosity and lack of fear.

“The child didn’t seem to hesitate before she climbed up to the balcony. But she also didn’t think that her reckless behaviour would cause her in trouble,” he said.

“It is the parents’ duty to look after children very closely because they can be mischievous sometimes. Parents must be fully aware of this.” 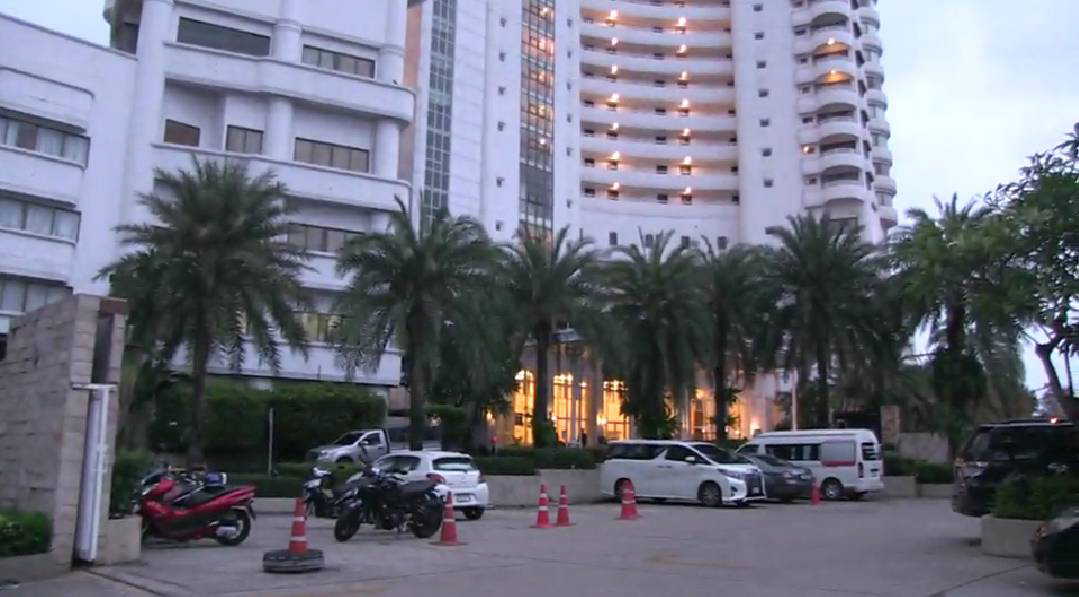 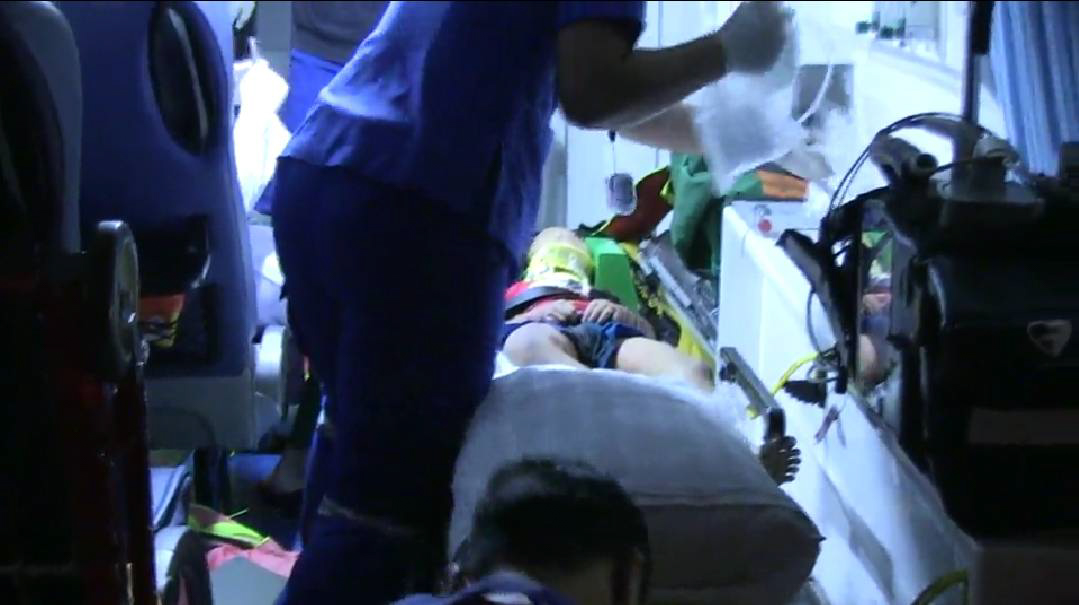