Gisele Bündchen is a woman in gold.

The supermodel was on hand for jewelry bran Vivara’s 60th anniversary dinner on Monday in São Paulo, in her native country of Brazil.

Bündchen, 42, rocked a goddess-inspired look for the evening, including a long shimmery gold dress with a crisscross, peekaboo bodice.

Wearing her hair in a half-up style, she finished the look with all gold accessories, including a stunning statement necklace, earrings, bracelet, heels and clutch.

Bündchen, who has collaborated multiple times with Vivara, shared a video to her Instagram Story of herself in a car on the way to the event, as well as videos from inside of a musical performance.

Never miss a story — sign up for PEOPLE’s free daily newsletter to stay up-to-date on the best of what PEOPLE has to offer, from juicy celebrity news to compelling human-interest stories.

RELATED: Gisele Bündchen Says She Has “Zero Desire” to Return to Runway Shows Despite the Constant Offers

Per a three-page legal document obtained by PEOPLE, the petition for the dissolution of marriage was filed and finalized on Oct. 28 in Glades County, Florida. The paperwork officially declared the marriage as dissolved, and “irretrievably broken.” 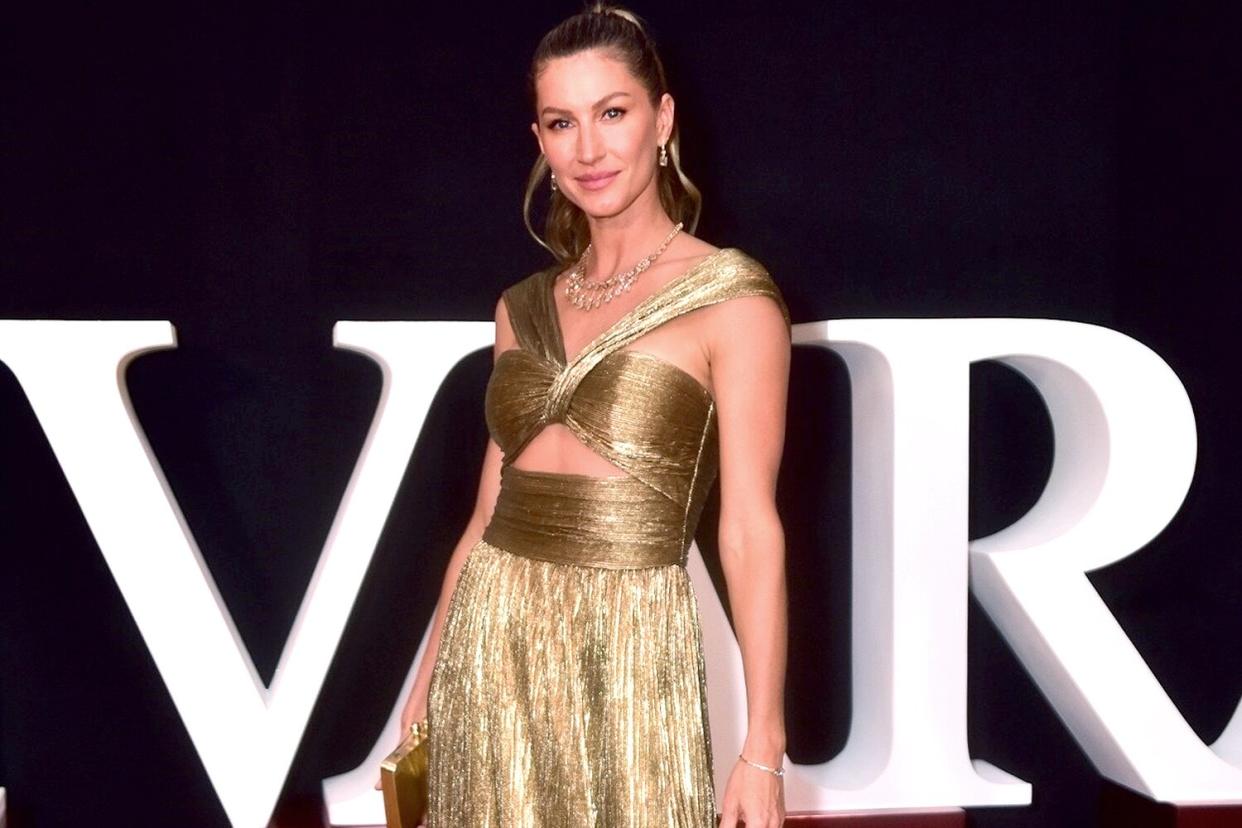 The Tampa Bay Buccaneers quarterback, 45, and the supermodel entered into a marital settlement agreement three days earlier, “which includes a parenting plan,” per the documents.

However, according to a state law, the details of their settlement agreement and custody details will not be publicly filed with the court to protect their privacy.

Additionally, both parties “are not filing any of their financial disclosures with the Court.”

Meanwhile, the two appear to be on amicable terms, with Bündchen having commented a single red heart emoji on both of Brady’s Instagram birthday tributes to their daughter Vivian, 10, and son Benjamin, 13, earlier this month.

Following the split, their kids will have “full access to both [parents], whenever they want,” a source close to the NFL star told PEOPLE in November.

“They can see whichever parent they want. They’ve got a schedule, but neither of them would prevent their kids from seeing the other parent,” added the insider. “That’s not who either of them are.”

“The kids adore them both, and they’ll have full access to both, whenever they want,” the source continued. “They’re not vindictive like that.”

“These kids won’t be used as pawns. They’re going to be loved and cherished by both parents,” concluded the source.