The board of megachurch Hillsong has written to followers after founder Brian Houston was charged by police, offering comfort and criticising media reporting of the pastor’s handling of his late father’s sexual abuse of children.

Mr Houston, whose father Frank Houston was accused of abusing nine boys while he was a Pentecostal preacher, was charged on Thursday for allegedly concealing the abuse of a child in the 1970s. He says he will return to Australia to attend court in October and fight the charge. 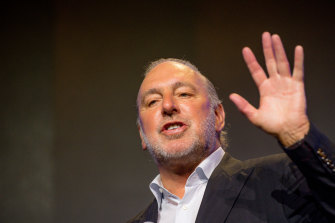 In an email sent to Hillsong members on Friday, the Australian board of the church said the “charges relate to many years ago when Pastor Brian found out about his father’s actions” in 1999.

“We have always been open and transparent with the church about his father Frank, and Pastor Brian has shared his pain with you many times over the past twenty years,” the email said.

“As you are aware, this matter has been ongoing since the Royal Commission in 2014 and has been the subject of much media speculation – most of it inflammatory and much of it inaccurate.”

The Royal Commission into Institutional Responses to Child Sexual Abuse found Mr Houston, 67, failed to report Frank Houston’s abuse when his father confessed to it five years before his death. In 2019, police in The Hills district in north-west Sydney launched an investigation into the alleged cover-up.

Following consultation with the Office of the Director of Public Prosecution, detectives served Mr Houston’s lawyer with a court attendance notice for October 5 on a charge of concealing a serious indictable offence.

“Police will allege in court that the man knew information relating to the sexual abuse of a young male in the 1970s and failed to bring that information to the attention of police,” NSW police said in a statement.

In its email to church members on Friday, the Hillsong board said it could not comment on the details because of the court proceedings but asked that Mr Houston be afforded the presumption of innocent and due process. 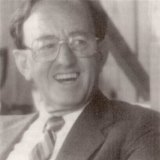 “At this time is it comforting to know that God is in control of every situation, and as we bring you this update, we do so in the knowledge that He alone is our strength and our help,” the board said.

The email invoked a bible passage: “I lift up my eyes to the mountains—where does my help come from? My help comes from the Lord, the Maker of heaven and earth.”

Brett Sengstock, who endured Frank Houston’s abuse over five years in the 1960s and 1970s, has previously gone public to condemn Brian Houston’s inaction when he learned of the abuse. Mr Houston has said Mr Sengstock asked him not to inform police but Mr Sengstock has denied this.

Mr Houston has maintained other people knew of the abuse before he did and, when he found out, he confronted his father and reported it to the church organisations in which Frank Houston was involved.

Mr Houston, who co-founded the church now known as Hillsong in Sydney in 1983, has recently been based in the US with his wife Bobbie Houston and last month travelled to Mexico to preach.

A church spokesperson said Mr Houston, who led a sermon in California on Sunday, would be returning to Australia to clear his name.

Mr Houston is a friend of Prime Minister Scott Morrison, a committed Pentecostal Christian who put the pastor’s name forward to be invited to a White House state dinner with former US president Donald Trump in 2019. The request was knocked back by the hosts, The Wall Street Journal reported at the time.

Speaking to radio station 2GB in March last year, Mr Morrison said Hillsong was a large and respected organisation in the US and “so well known that Brian was actually at the White House a few months after I was”.

A police investigation into Mr Houston was active at the time.

06/08/2021 World News Comments Off on ‘God is in control’: Hillsong comforts the flock after founder charged by police
Lifestyle