Many doctors have said Australia is perfectly placed to get ahead of COVID-19, but the Australian Medical Association’s new Victorian president could be the first to declare the opportunity has been squandered.

“You have to be honest and say yes, the golden window is gone,” Roderick McRae said. “But we are at silver, and let’s maximise what we can do.” 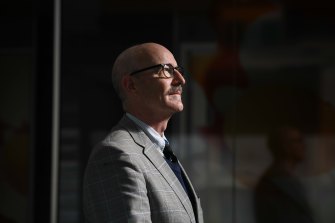 Anaesthetist Dr Roderick McRae is the new president of the Australian Medical Association in Victoria.Credit:Joe Armao

Dr McRae, an anaesthetist, intensive care doctor and qualified lawyer, was appointed last week to lead the doctors’ group, taking on the job in the midst of another worrying coronavirus outbreak in Victoria and a health system under immense strain.

In an interview following his election, he said it was now clear Australians had fallen victim to collective complacency in the past six months, and there had been a missed opportunity for better education about vaccines and to remove hurdles to vaccination.

The national vaccination program, already set back by supply delays, has been further hampered by a lack of enthusiasm from the public. Some of Victoria’s mass vaccination hubs were running at half their capacity before the recent outbreak shook some of the complacency.

Dr McRae said some decisions by governments had sent the wrong message to Australians – including the federal government’s program to subsidise half-price domestic flights. 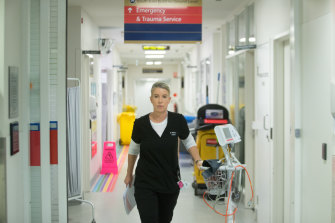 Dr McRae was formerly the vice-president of the association’s Victorian branch but had taken a back seat to departing president Julian Rait, who served an extra year in the role owing to the coronavirus outbreak.

Senior emergency medicine doctor Sarah Whitelaw, who has been a leading spokesperson for AMA Victoria during the pandemic, was last week appointed as the group’s vice-president.

She said the restructuring of the Victorian Health Department was an opportunity to improve the state’s health system, a task that shouldn’t be forgotten despite the coronavirus threat.

“Part of our COVID response has to be continuing to improve our health system in Victoria … and we have a Health Minister that gets the need for that improvement.”

Another solution to the vaccination bottleneck was suggested on Wednesday afternoon by the Immunisation Coalition – a group of public health organisations funded by private health insurers and companies that make flu vaccines – which called for the federal government to drop advice requiring people to put a two-week gap between their flu and COVID-19 vaccines.

There was no evidence administering the two vaccines at the same time, or close together, raised the risk of side-effects, said Robert Booy, senior professorial fellow at the National Centre for Immunisation Research and Surveillance and a member of the coalition.

“In winter, the rate of influenza goes up substantially, so people who aren’t already protected, may need to get concurrent immunisations to get faster protection,” Professor Booy said.

Removing the delay would allow both vaccines to be rolled out faster, the Coalition said in a statement. Britain and the US have recently dropped their own delay requirements.