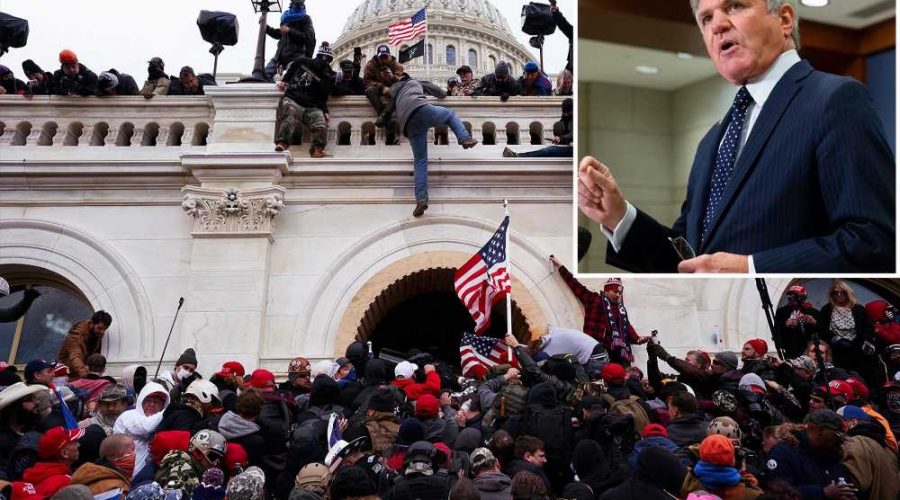 GOP Rep. Michael McCaul argued Sunday that investigating the Jan. 6 Capitol riot is a criminal matter best left to the Department of Justice — but Democratic Sen. Kirsten Gillibrand claimed Republicans are “not acting in good faith” after they scuttled a proposed Congressional commission.

McCaul said the investigation into the riot, which saw supporters of former President Donald Trump storm the US Capitol to overturn his election loss, shouldn’t be part of a political exercise.

“I view this not as an overview of policy like the 9/11 Commission did. It’s a criminal investigation, a criminal case. In my judgment, that properly falls within the venue, the purview of the Department of Justice, where I worked for many years, rather than a politically appointed commission,” McCaul, of Texas, said on CNN’s “State of the Union.”

“Let’s let this DOJ investigation go forward. They have arrested over 400 people now responsible. I want those responsible to be held accountable and put behind bars. And I want all the answers as to what happened on Jan. 6, and then report it to Congress,” said McCaul, who voted against the Jan. 6 commission in the House.

“I think Congress should have a full report on this DOJ investigation that I don’t believe will be tainted by politics, whereas some other methods could be. I think the DOJ, having been a part of that for so long, really is where this properly should be to get to the bottom of what happened. And then, really, let’s get to prosecuting and putting these people behind bars,” continued McCaul, the ranking Republican on the House Foreign Relations Committee.

The House passed the legislation 252-175 with 35 Republicans crossing the aisle.

But Gillibrand (D-NY) faulted the Republican opposition for blocking it in the Senate last Friday.

“I don’t think the Republican Party is acting in good faith to govern and to bring forward what the American people want done,” she said during an appearance on “State of the Union.”

“We should have that January 6 commission. And the fact that we only had six Republicans vote for it shows the lack of goodwill that we have between the parties at this moment,” she said.

A handful of Republicans — Sens. Mitt Romney of Utah, Susan Collins of Maine, Bill Cassidy of Louisiana, Lisa Murkowski of Alaska, Rob Portman of Ohio and Ben Sasse of Nebraska — joined the Democrats in voting for the commission.

31/05/2021 World News Comments Off on GOP pol: DOJ should investigate Jan. 6 riot at the Capitol, not Congress
Lifestyle