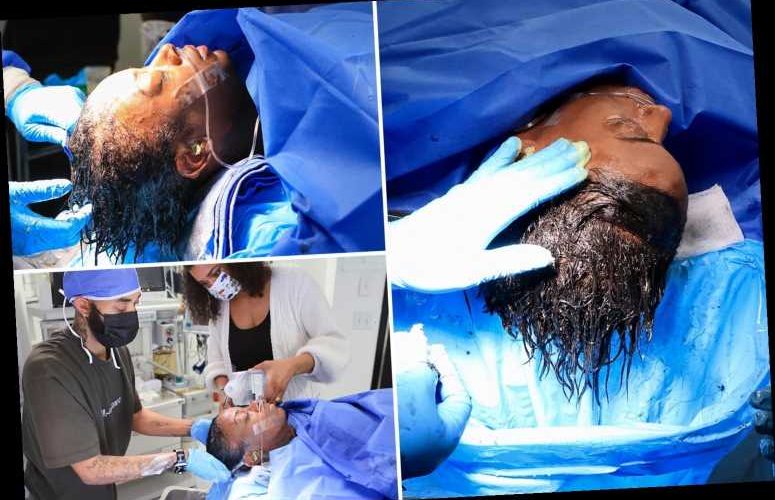 THE BAD hair days have finally come to an end for the woman dubbed "Gorilla Glue girl" after she underwent a gruelling four-hour surgery to remove the adhesive.

Tessica Brown, 40, flew to Los Angeles to visit Dr. Michael Obeng, who offered to perform the $12,500 op for free. 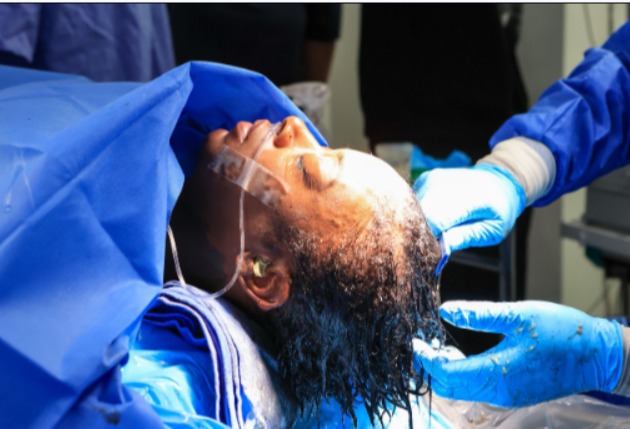 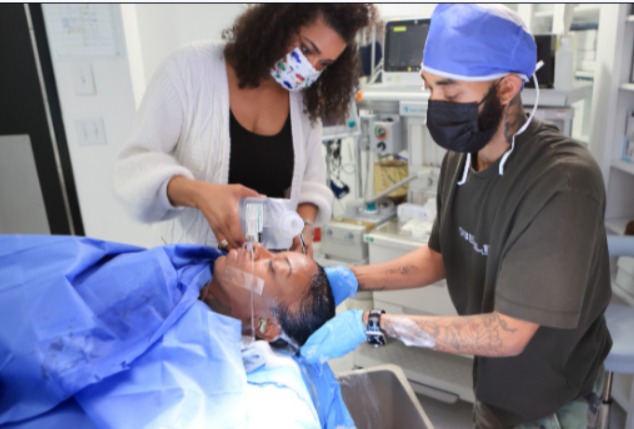 The mother-of-five was placed under a light anestheisa for the first round of an expected three-day procedure to free her stuck scalp at the Beverly Hills clinic, filmed exclusively by TMZ.

Dr. Obeng, the director of MiKO Plastic Surgery, became aware of her case and decided to create a solution to dissolve the main ingredient in Gorilla Glue, polyurethane.

"Initially I thought it was a joke!" he said.

"We figured out the science of how to break it down."

He used a combination of medical grade adhesive remover, aloe vera, olive oil and a dash of acetone to remove the glue from Brown's scalp.

He first tested his concoction on a dummy scalp with real human hair and extensions.

The plastic surgeon then sprayed the solution onto Brown's hair while combing it through and separating thick areas with scissors.

Brown appeared emotional in the footage after the surgery, as she immediately reaches to feel for her hair.

"I can scratch it. I wish I'd have waited for my little sister to cut my ponytail off!"

"It's over… over…over," she trailed off.

Despite Dr. Obeng kindly coming to the rescue, he warned that Brown's shocking styling product was "no joke". 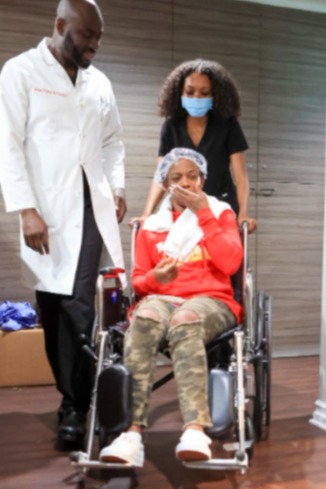 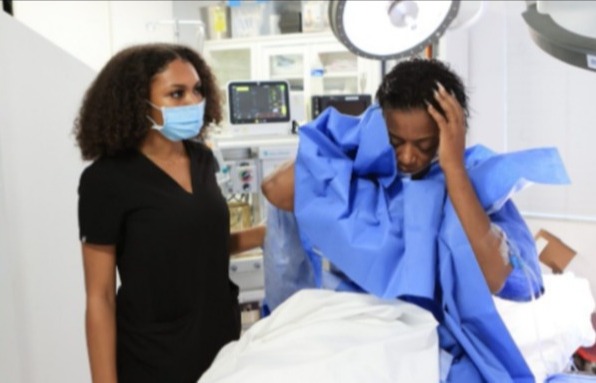 "She is very very lucky she did not sustain a lot of injuries to her scalp," he said. "This type of ordeal is no joke."

Brown has endured her fair share of trauma and torment since the incident – left suffering from severe headaches and burnt scalp, while dealing with online trolls.

"And I know somebody out there could have told me something. I didn't think for one second when I got up the next morning it was gonna be everywhere."

The Gorilla Glue company recommended using rubbing alcohol to try and remove the glue, but this did not work.

Brown managed to chop off her ponytail to ease her pain, and Dr. Obeng stressed would have been a huge mental and physical toll on her.

"The many nights that she couldn't, sleep, the anxiety. Right before surgery we had to give her a medication to relax her.

Brown remained positive post-surgery, declaring her eagerness to get her hair back long and back into a pony tail.

A GoFundMe for Brown's medical bills and wigs for hair has reached $20,385.

In a shocking copycat style video, a man stuck a red Solo Cup to his face trying to prove that Brown's incident wasn't serious.

Len Martin, 37, may lose part of his lips after the stunt that also took place in Louisiana. 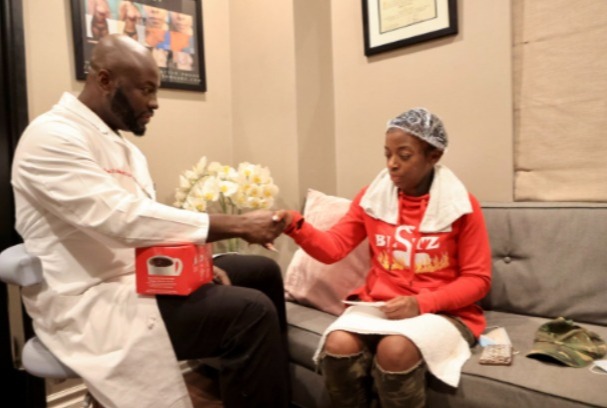 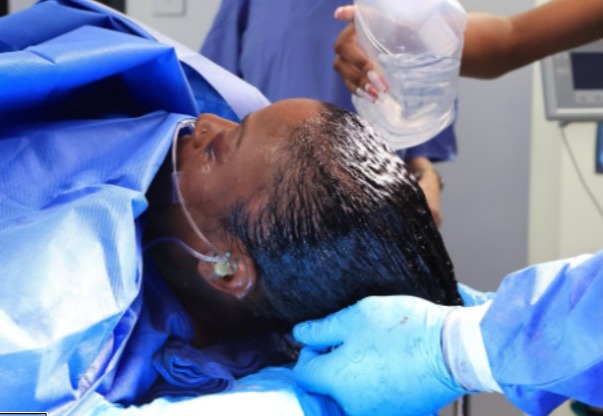