Grammar school pupil, 16, who had a ‘fear of failure’ and told his family he wanted to die was found dead in a park after taking a heroin overdose, inquest hears

A grammar school student who suffered from mental health issues and a ‘fear of failure’ died from a fatal heroin overdose, an inquest heard on Tuesday.

Oliver Sharp, 16, was a former student of Manchester Grammar School (MGS), and was found dead in a secluded area of Gatley Hill Park on 18 October last year.

The schoolboy had left home on the evening of 17 October 2018 after telling his parents he was going for a walk. He took a fatal heroin overdose and was found by a dog walker early the next morning. He was taken to hospital but had already died.

Oliver had been receiving treatment for Aspergers Syndrome and Attention Deficit Disorder (ADHD) and had told his parents that he wished to die.

His parents added that he had said he ‘wanted the help that he desperately needed.’

The schoolboy from Stockport had run away, self harmed and taken heroin and painkiller overdoses a number of time in the two years before he died. Oliver excelled in his first few years at grammar school in Manchester and had been pushed forward at school, going into Year 7 a year early.

He was described as an ‘exceptional footballer’ and a high achiever in all academic subjects.

But, mental health issues began to surface in April 2016.

His mother, Gail Sharp, told Stockport Coroners Court that the first signs of his downturn was when he stopped doing his schoolwork. He then started to become more angry.

‘At first we thought it was just down to hormones and then it came to light that Ollie was self-harming after I saw a bandage on his arm,’ she added.

Mrs Sharp then went through the school and Oliver was given Cognitive Behavioural Therapy but just a few weeks later he told his parents that he had taken an overdose of painkillers. The 16-year-old was then placed under the Children and Adult Mental Health Services (CAMHS) in Stockport.

Despite a summer of relative stability, Oliver’s mental health began to decline again at the end of 2017 and his mother was told there was ‘no appointment available’ when she tried to get him help at CAMHS.

He then tried to commit suicide at the family home just after New Year and told his mother at the hospital that he ‘could not say’ what was making him so sad.

His father recalled him saying that he ‘want[ed] the help that he desperately needed.’ 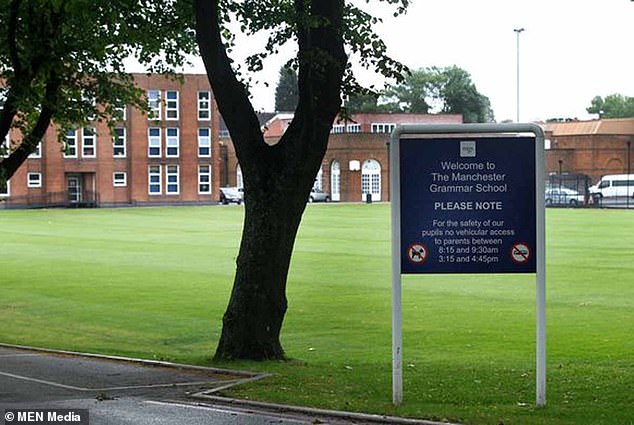 Oliver attended the Manchester Grammar School up until 2017. He was described as a ‘bright pupil’ and an ‘exceptional footballer.’ He also excelled in all his academic subjects 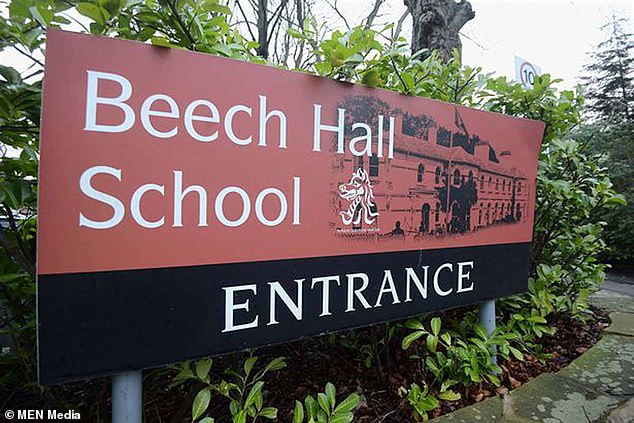 Oliver set out to sit two GCSE’s despite having recently been in hospital but was unable to re-sit the exams.

He wrote his name on the exam papers without completing the tests.

CAHMS psychiatrist Dr Parthiba Chitsabesan said that Oliver was ‘incredibly’ bright’ but that his emotional and social IQ was not in line with his academic IQ.

Oliver was then moved to Beech Hall School in Macclesfield in September 2017 to repeat the year but he failed to attend lessons and his moods fluctuated.

A speech and language therapist who met Oliver throughout the year said that the schoolboy had difficulties with the ‘autism’ label, believing he didn’t have it.  Christy Wheatley, SENCo and Speech and Language Therapist at Beech Hall School said that he only went to lessons when his mood was stable.

‘It was the fear of failure that I think made him not go. And the fear of not being as clever as everyone tells him he is,’ she added.

According to the Manchester Evening News, Oliver had found the idea of transitioning from children’s to adult’s mental health services difficult and had gone missing a number of times.

Police recovered him from a motorway bridge once and he took himself to Manchester Royal Infirmary but was discharged.

Though all this lead to a heroin overdose in September 2018, Oliver’s parents were told that he would not benefit from being sectioned under the Mental Health Act.

The treatment he was provided included antidepressant tablets and home visits from community mental health services.

He reportedly became paranoid, thinking the police were tracking him and watching him through his computer.