The Grizzlies lost by just one point, and after the game Jenkins was fuming, calling it “one of the most poorly officiated games I’ve ever seen in my NBA career” before diving into a litany of other referee-based issues.

“I’ve never seen a more inconsistent, arrogant officiated game,” Jenkins said via The Athletic. “So, I’ll take whatever hit is coming my way, protect our guys. We know we’ve gotta get better. But from the get-go, it was foul, foul, foul, foul, foul. Inconsistency. There was actually one play where a foul whistle was blown before contact was even made. It’s embarrassing.”

Only one member of the Grizzlies starting five had fewer than five fouls, and that's Ja Morant with four. Everyone else — Desmond Bane, Dillon Brooks, Xavier Tillman, Jaren Jackson Jr. — all had five, except Jackson who had six and fouled out. Tillman racked up his five in under 16 minutes of total playing time. Kyle Anderson also had four. 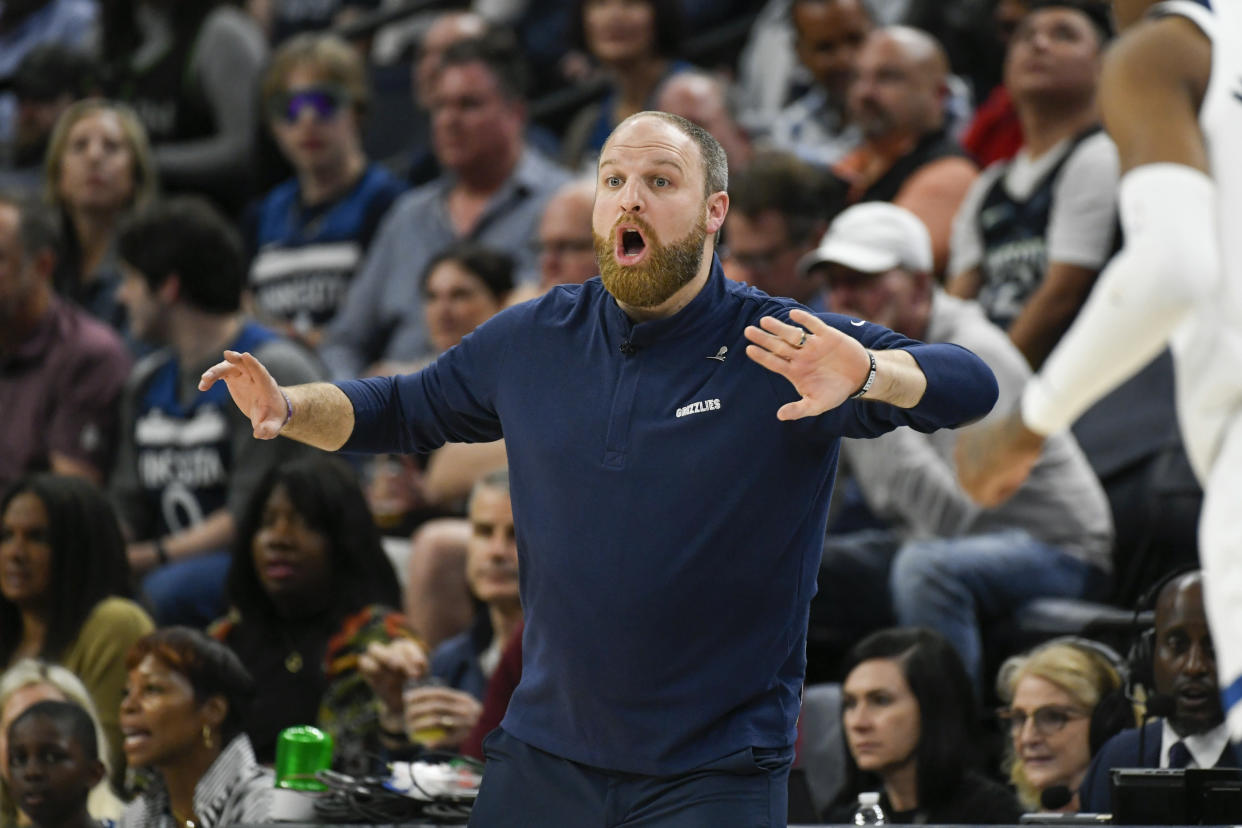 Brooks will pay his coach's fine

Brooks didn't go as far as Jenkins, but he said his piece.

"I don't even wanna talk about the officiating," Brooks said via ESPN. "When I was growing up, when I was in the league the first three years and I watched playoff basketball, there were barely any calls called. They let the players play and figure it out. I felt like they just wanna run the show. They want their name on TV, and their names are all over that TV, all three of them. It should be called out."

Brooks was supportive of his coach going to town on the officiating, and said that he'd pay Taylor's fine.

“I’ve got his check for him,” Brooks said.

The series, which is tied 2-2 after Saturday night's contest, now shifts back to Memphis. Morant is ready for it.