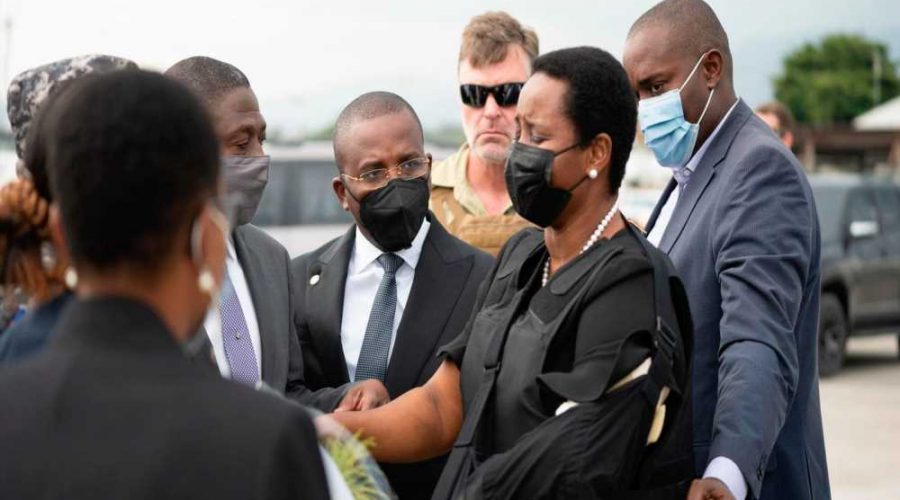 Closed border: Cuban and Haitian boat refugees warned against traveling to US

The wounded widow of Haiti’s assassinated president returned to the Caribbean nation Saturday for the first time since the July 7 attack that killed her husband.

Wearing a black dress, pearl necklace, earrings and a black face mask, her bandaged arm in a black sling, Jovenel Moïse’s widow, Martine, gingerly made her way down the steps of the jet that landed in Port-au-Prince.

She was greeted by Interim Prime Minister Claude Joseph.

Martine Moïse was also wearing a grim accessory of her new reality: a bulletproof vest.

The 47-year-old was rushed to a Miami hospital to be treated for gunshot wounds in the aftermath of the attack.

Her late husband is expected to be buried July 23, in the Haitian city of Cap-Haitien. Government officials said Friday that his widow would attend.