TRAPPED in a stifling hot enclosure, the life of Arturo couldn’t be more different from that of other polar bears.

Harrowing pictures show Arturo, who came to be known as the “world’s saddest polar bear”, in his final days trapped in a hellish zoo as the temperature soared past 30C. 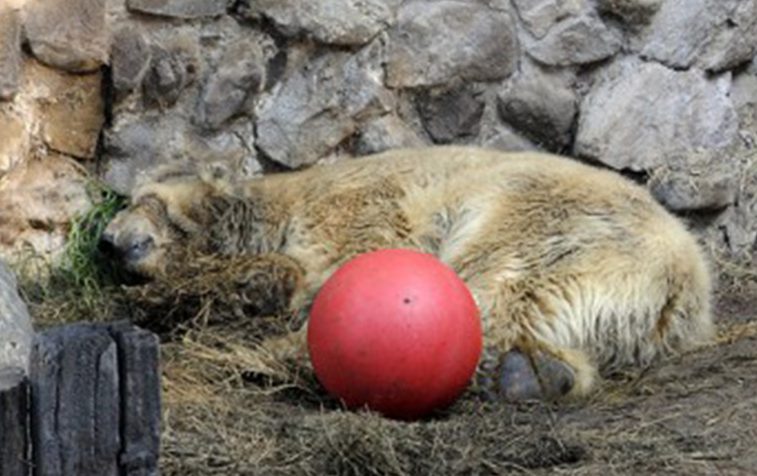 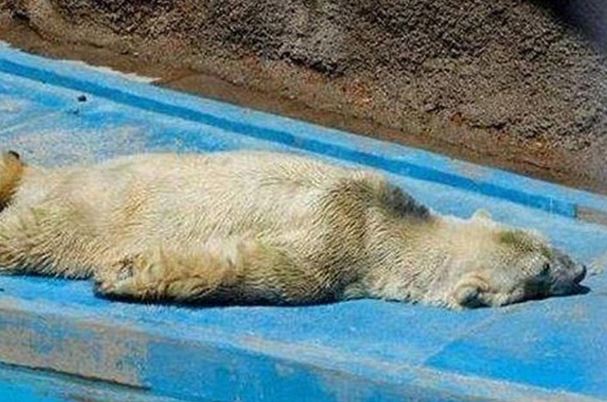 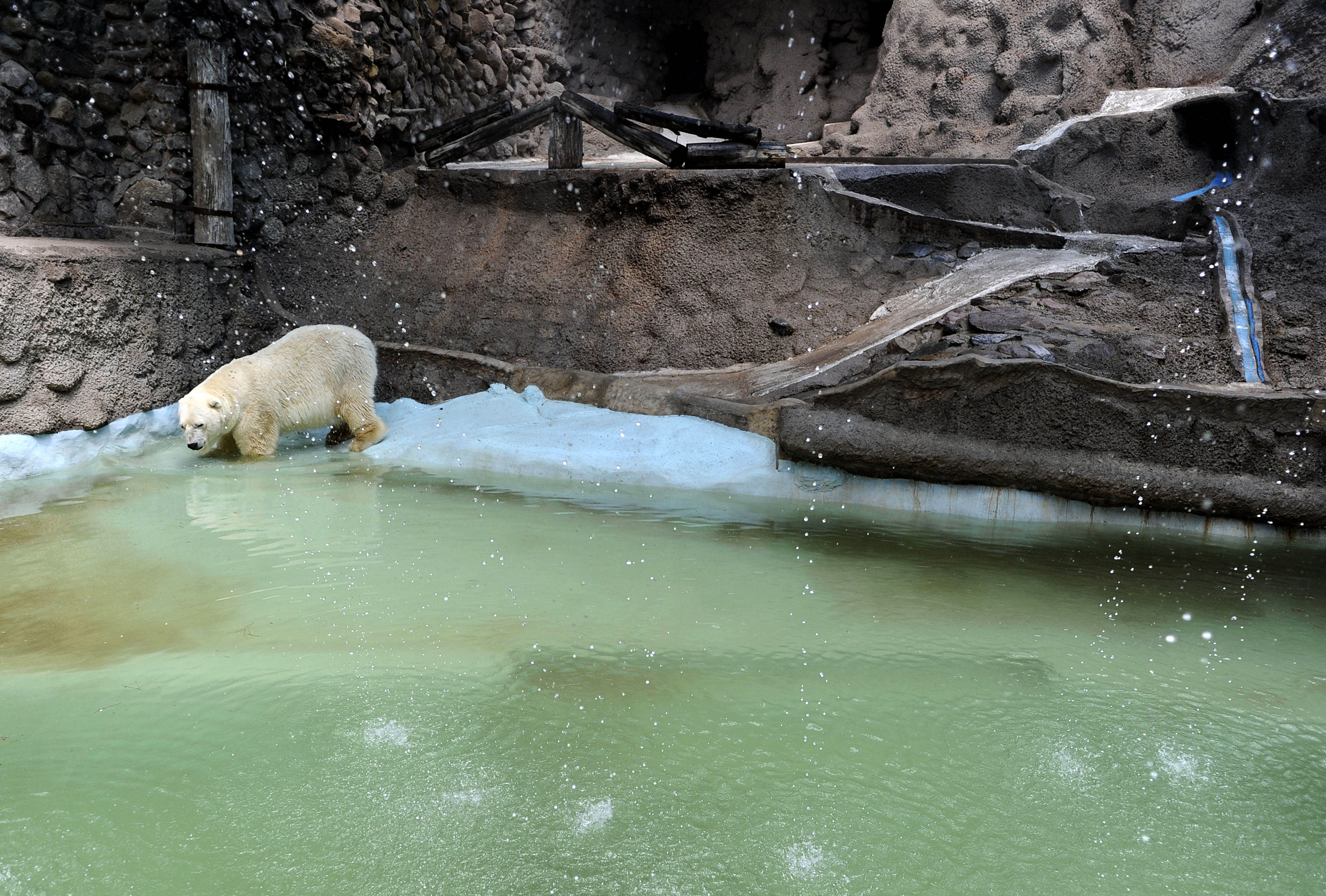 He was a pale shadow of the magnificent creature who should have been at home in the Arctic.

Instead, he was forced to live forced to live alone in a hot enclosure in zoo in Argentina for years, suffering a desolate life of depression and illness.

His plight attracted the attention of animal lovers from across the world, with half a million people signing a petition pleading for him to be transferred to the colder climate of Canada.

In one of the heart breaking final pictures before he died aged 31, Arturo can be seen collapsed in the corner of his enclosure in Mendoza zoo.

His normally beautiful white fur was stained brown as he lay in the South American heat, with experts saying showed all the signs of stress.

“You can see he is going crazy," said Argentian-bornnProfessor Fernanda Arentsen, from the Université de Saint-Boniface in Winnipeg.

"He moves the way polar bears do when they are suffering a lot of stress.

"He has been filmed rocking back and forth in a way that signals distress."

“It breaks my heart to see it. I’m from Mendoza. I know how hot summer is. There is no way for him to escape the heat.”

Arturo was born in Alaska but was taken to Mendoza zoo aged eight and given his life and surroundings, it’s hardly surprising Arturo felt miserable.

His partner Pelusa died of cancer in 2012 and he was said to have developed depression after that, earning him the title “the saddest polar bear in the world”.

In contrast to the vast sea that would have been his natural habitat, the pool of water in his enclosure where he swam was only 20 inches

Zoo staff threw blocks of ice in the water in a bid to keep it cool in the sweltering summer months.

'SUFFERING A LOT OF DISTRESS'

Gradually his health began to deteriorate due to blood circulation problems.

He was already weak due to old age, with failing eyesight that meant he was blind in one eye and loss of sense of smell.

In his last days, he suffered a loss of appetite and lost significant weight.

As his plight began to attract world attention, environmental groups including Greenpeace argued that it was risky to keep polar bears in such a climate and started a campaign to get him out.

But officials argued he was "close to his caretakers" and ruled out his transfer, saying he was too weak.

In his last days, team of vets was watching the animal and considered putting him to sleep in the case of extreme suffering,

According to the zoo "nature took its course" and Arturo died on July 3, 2016.

Polar bears thick fur is perfect for the cold

Everything about the polar bear is designed to protect it from the cold, hunt seals and dominate the Arctic.

They have two layers of fur that allow them to live in the bitterly cold Arctic, even when its -45C outside.

That and a thick layer of blubber keeps their body temperature at 37C.

But their adaption to the cold means they have and unfortunate tendency to overheat, which is more of a problem than cold.

That’s why polar bears are notoriously slow walkers – they’re not lazy but just trying not to overheat.

It’s also one of the reasons why they are often seen swimming.

The Friends of Arturo group said they were devastated at his death and that "we were there until the last moment with him".

Animal rights group Peta said: "With his passing, Arturo no longer has to suffer in a bleak, concrete enclosure at the Mendoza Zoo in Argentina.

"PETA urges families to honor Arturo's heartbreaking legacy by refusing to go to any business that puts animals on display for amusement.”

His death at least led to some good as the local authorities vowed never again to keep polar bears in such squalid and unsuitable conditions. 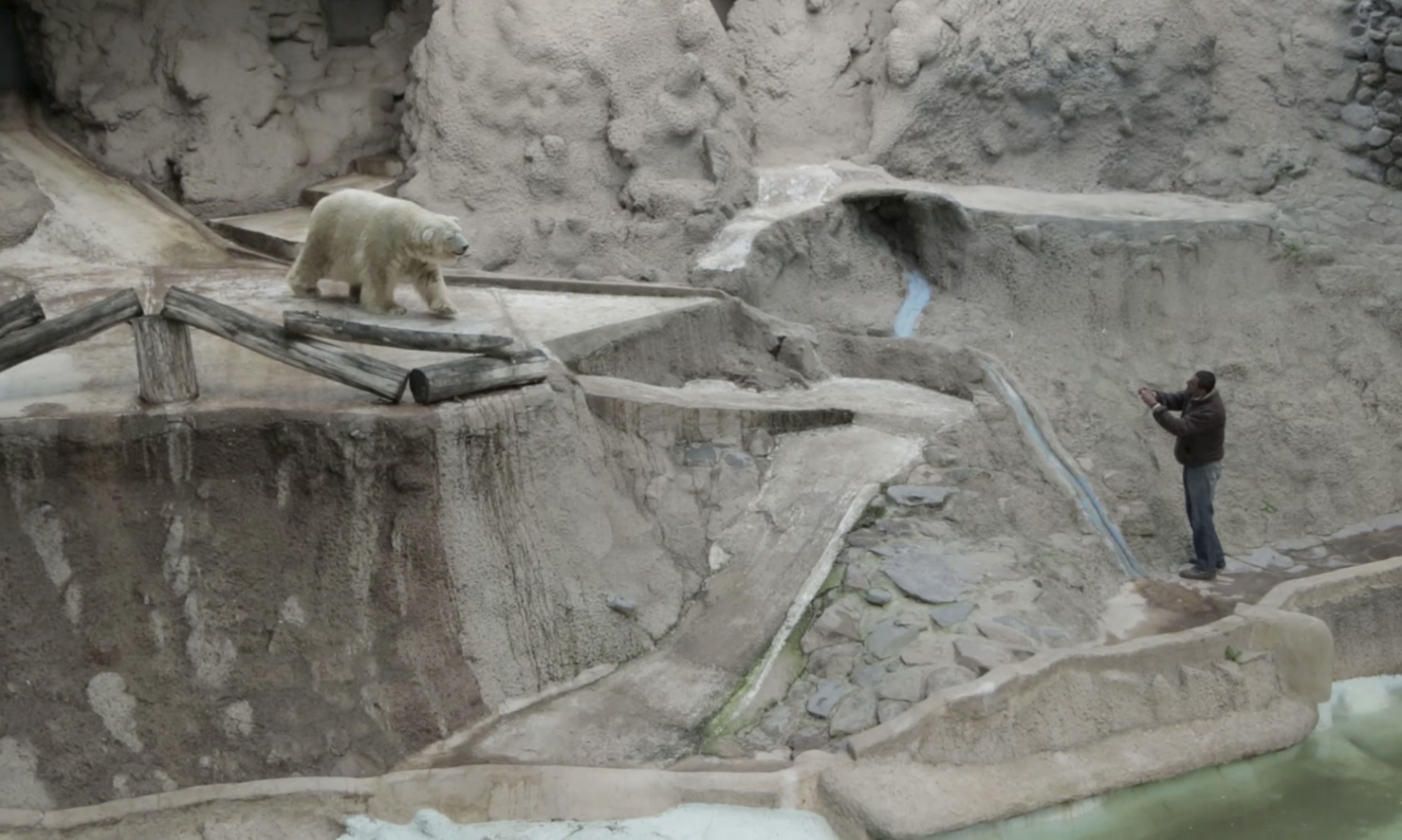 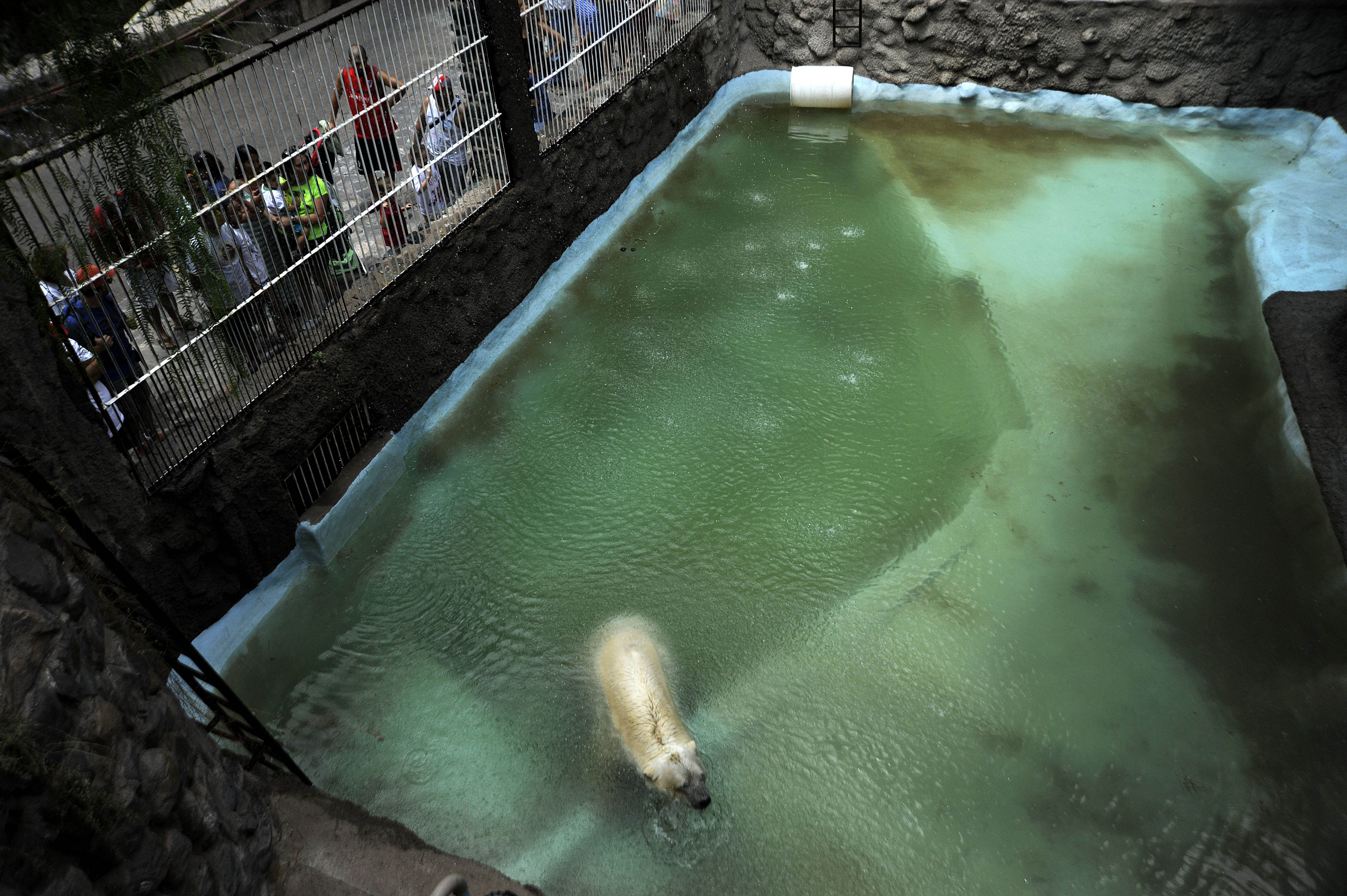 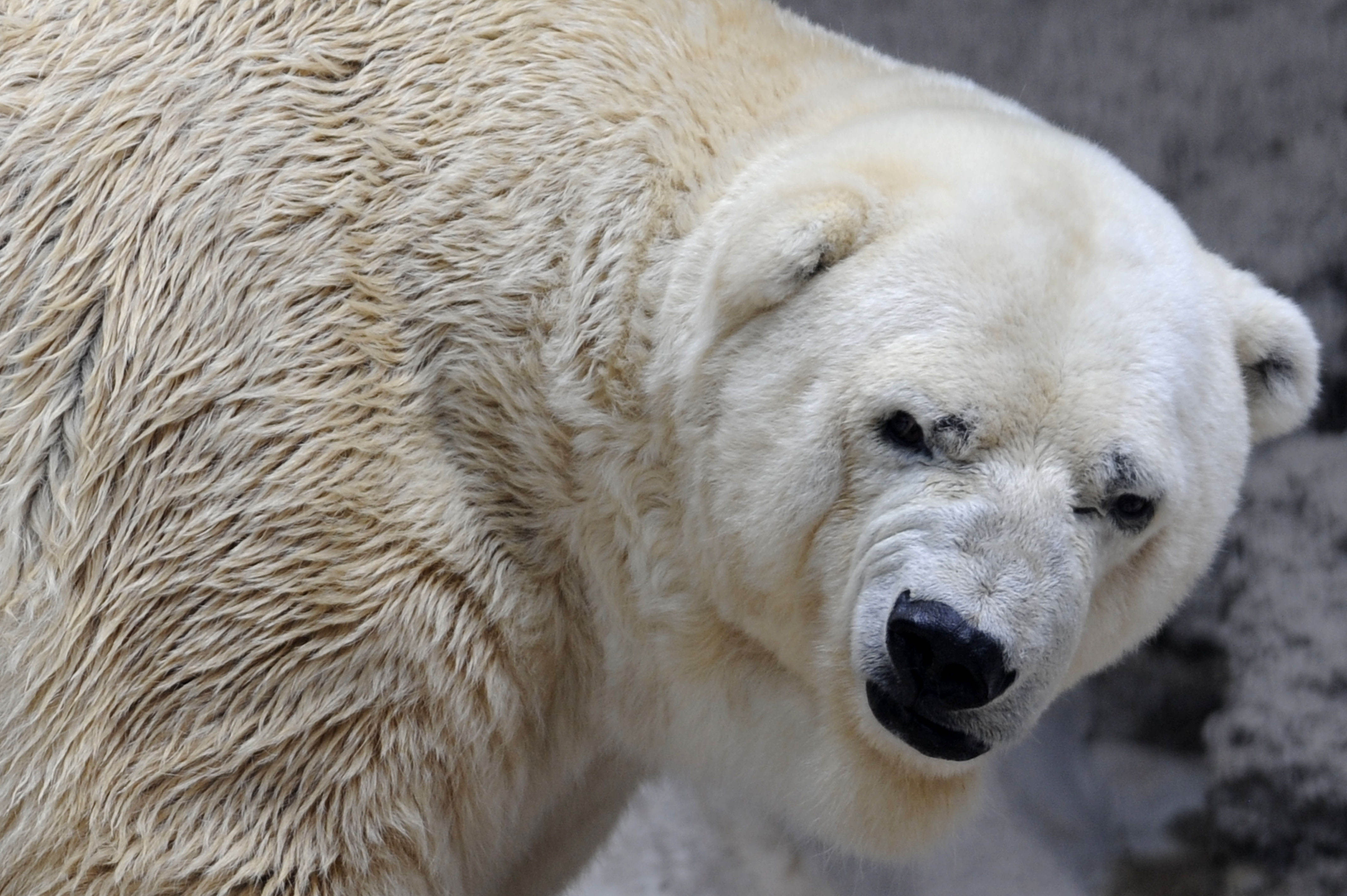 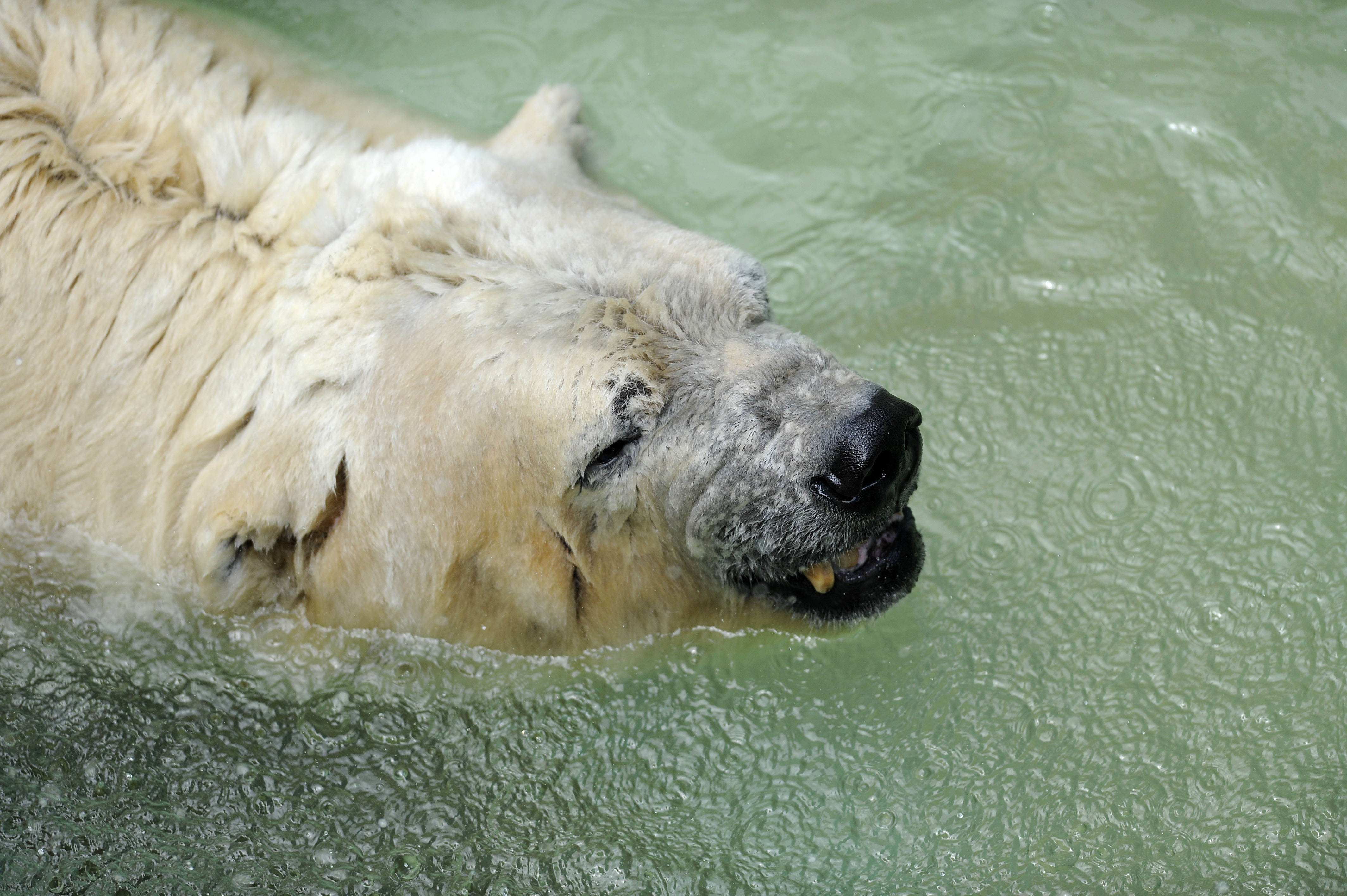