An eight-year-old girl has formed an unlikely bond with her delivery driver who is deaf by communicating with him in sign language amid the coronavirus lockdown.

Proud mother Amy Roberts, from Ashton-under-Lyne, Greater Manchester, captured the moment her daughter Tallulah stood near her garden gates and greeted Hermes delivery driver Tim Joseph with the words ‘have a good day’ in sign language.

The surprised delivery worker, who has been delivery parcels on the street twice a week, smiles at the little girl before giving her a thumbs up. 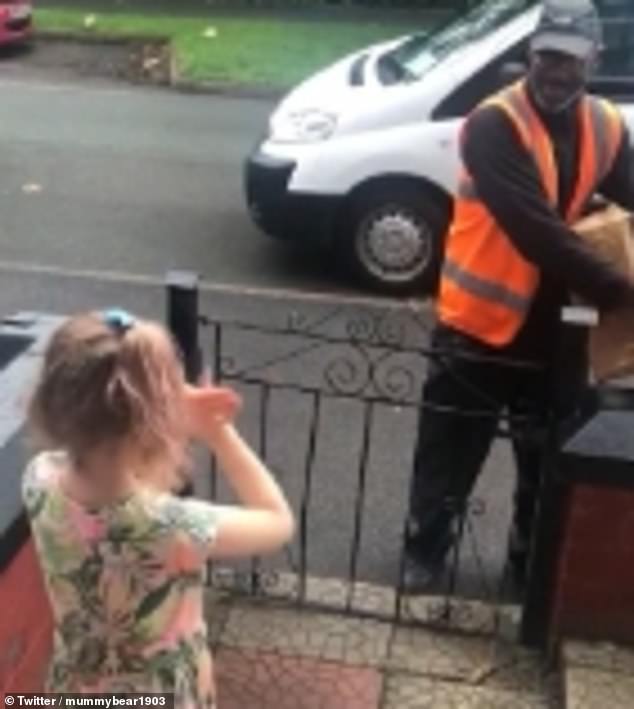 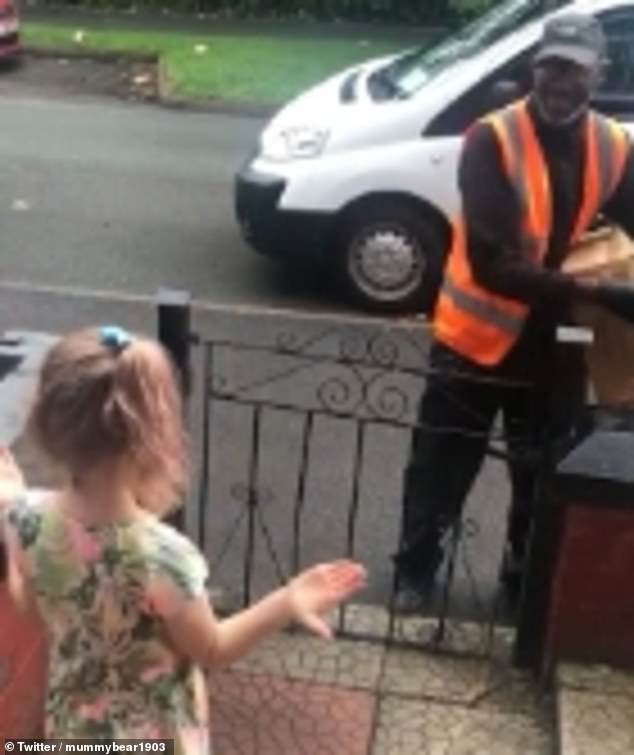 The heartwarming footage, which has since received more than 49,000 likes on Twitter, was uploaded to the social media by Ms Roberts next to the caption: ‘This is our delivery man, we see him 1 or 2 times a week, start of lockdown Tallulah drew him a #thankyou.

‘He still has it proudly on show in his van, they have built up quite a friendship over these last few weeks #proudmum.’

During the clip, Tallulah stands in her front garden and greets the delivery driver with the words ‘have a good day’ in sign language.

The shocked delivery driver then teaches her how to say ‘good morning, have a good day’ before the young girl replicates the actions and watches as the delivery driver beams with joy.

Mr Joseph later told the BBC: ‘Tallulah realised I was deaf and then one day she surprised me when she signed to me, ”have a good day”, I think she learnt sign language at school.

‘I was vey happy and I then showed Tallulah how to sign, ”good morning, have a good day” and then she signed it perfectly and it made my day.’

At the very start of the lockdown, Tallulah also drew Mr Joseph a rainbow thanking him for delivery parcels amid the coronavirus crisis and he has kept the note in his van ever since. 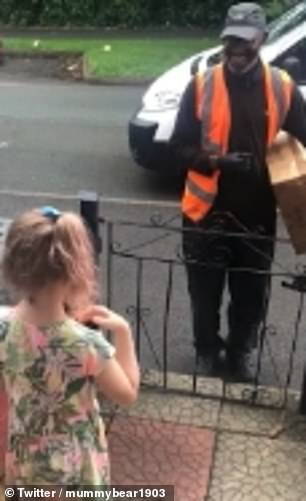 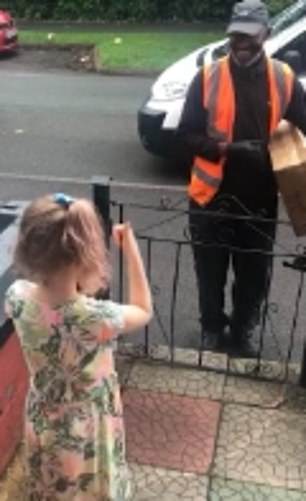 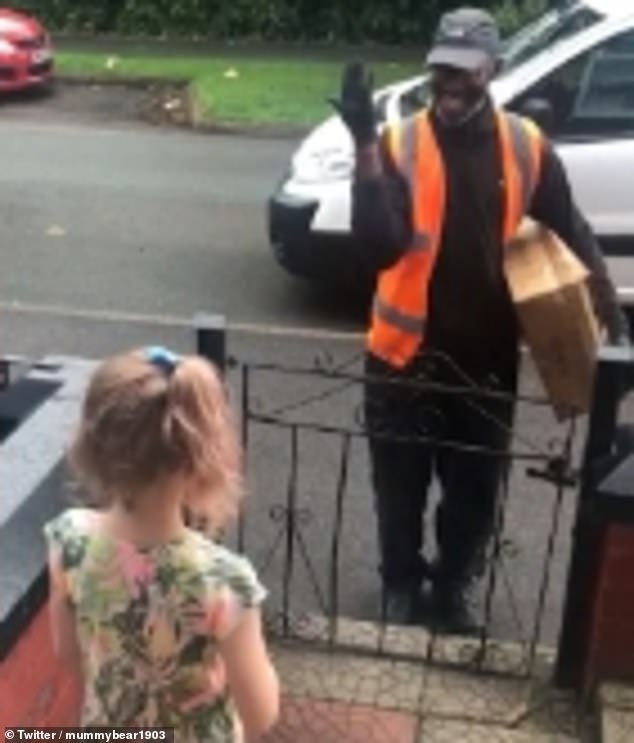 A surprised Mr Joseph then teaches Tallulah how to say ‘good morning, have a good day’ before the young girl repeats his actions

Mr Joseph described how he has been left overwhelmed by the response on social media and hopes the video will encourage more people to learn sign language.

After uploading the footage on Twitter, Ms Roberts has been met with an array of responses from social media users praising her daughter’s kind gesture.

One user wrote: ‘You are a very special and beautiful little girl Tallulah. He is the best delivery driver we have round here! He’s always so pleased/happy when we sign hello and thank you to him #proudfriends #bekind.’

While another person added: ‘Absolutely love this. Young people are so amazing and uncluttered with other peoples opinions and take people at face value. A lesson for us all.’ 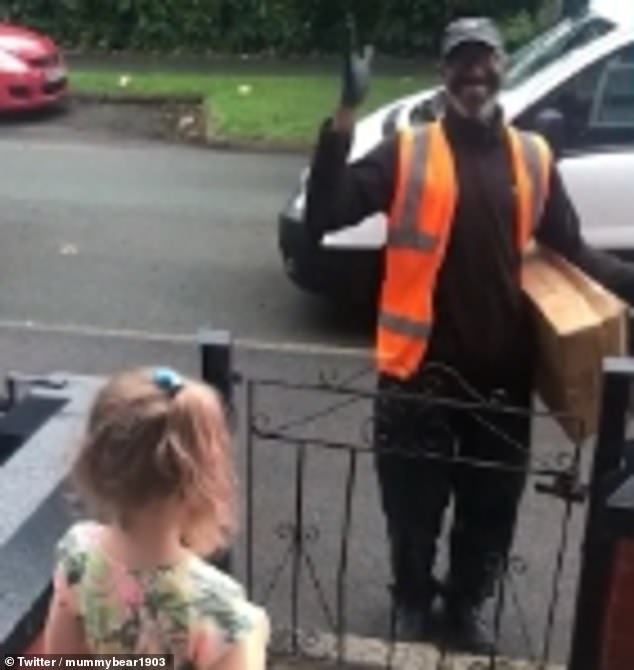 Mr Joseph, who has been delivery parcels on the street twice a week, smiles at the camera following the heartwarming encounter