A BRAZILIAN medical student was rushed to hospital after gouging his eyes out and trying to chop off his penis in the street after breaking up with his girlfriend.

The 35-year-old is believed to have taken "Zombie" drug Flakka before harming himself in Ciudad del Este, Brazil. 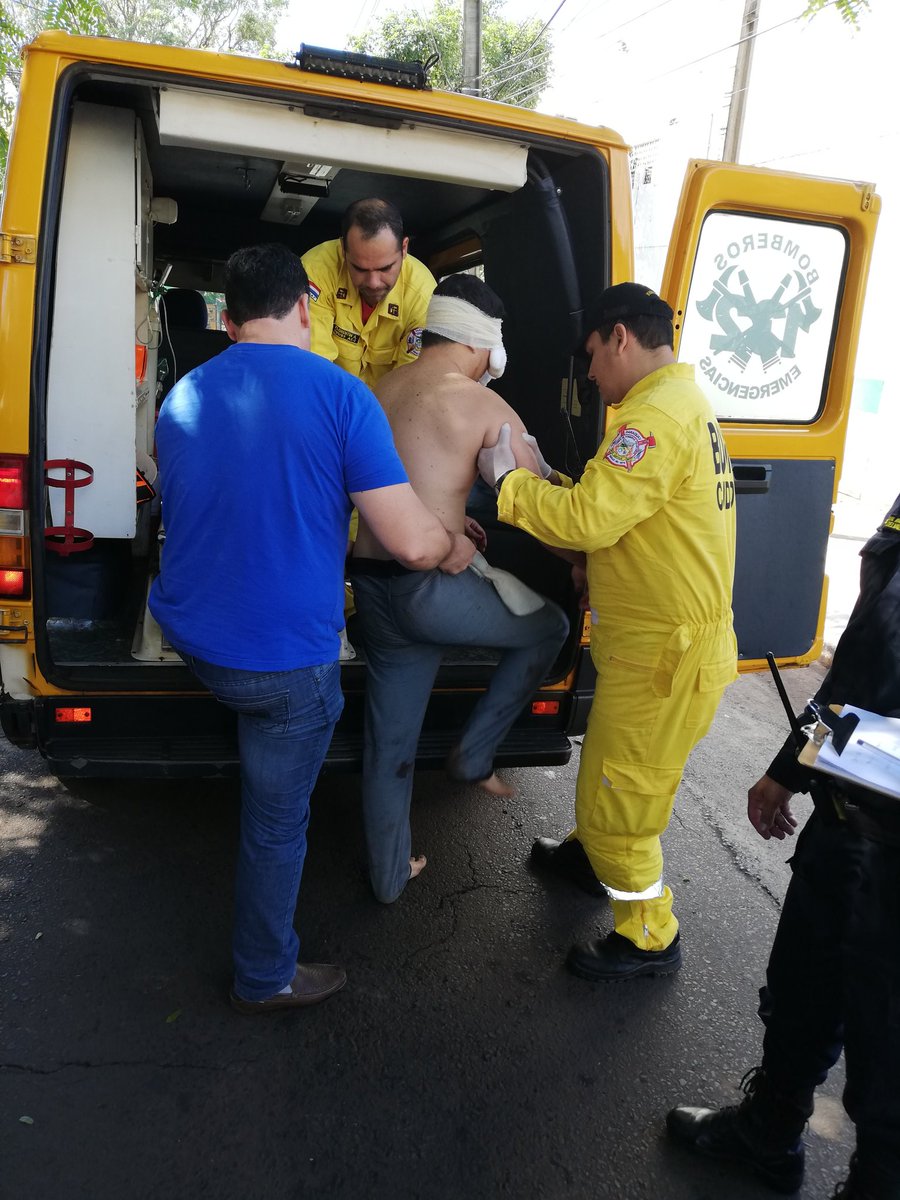 Paramedics sedated him after finding him kneeling on the ground, bleeding and naked on the grass next to one of the eyeballs he had pulled out with his bare hands – following 999 calls from members of the public.

Local reports said the man had returned to Paraguay from his native Sao Paulo a few days earlier and was complaining to friends he had split from his girlfriend.

He is understood to have gone to church to confess shortly before his horrific act of self-mutilation.

Two Brazilian friends he lived and studied medicine with told police he had been suffering from depression and had difficulty sleeping at night.

Doctor Federico Schrodel, director of Ciudad del Este’s Regional Hospital, said: “The patient is a 35-year-old Brazilian who is a second-year medical student.

“His friends have told us his mum and dad have both died and we have been speaking through the Brazilian Embassy with an uncle.

“We are waiting for relatives to arrive so a decision can be taken on his future and whether he should go to the Paraguayan capital Asuncion for surgery or they want to take him back to Brazil.

“He used his own hands to remove his eyeballs.

“A flatmate has said he comes from Sao Paulo and returned from his native city five days ago, saying he had split from a long-term partner he had there.

“He has described him as a person who doesn’t drive alcohol and was very religious, a very happy person who had been very sad and down in the last few days.

“He left the flat where he was living in the early hours of the morning and went to the city cathedral to pray and this horrible incident happened afterwards.

“The images that have been published are awful.”

Firefighter Gumersindo Verdun told local paper Cronica de Paraguay: “You could tell he didn’t have any concept of space or time but he didn’t smell of alcohol.

“He didn’t know what he had just done, he thought he had had been shopping and he didn’t even realise he couldn’t see.

“It was a very strange situation. We don’t know if he was under the effects of some drug or had some sort of mental health problem.

“The strange thing was that he didn’t appear to react to the pain he must have been feeling at that moment in time.” 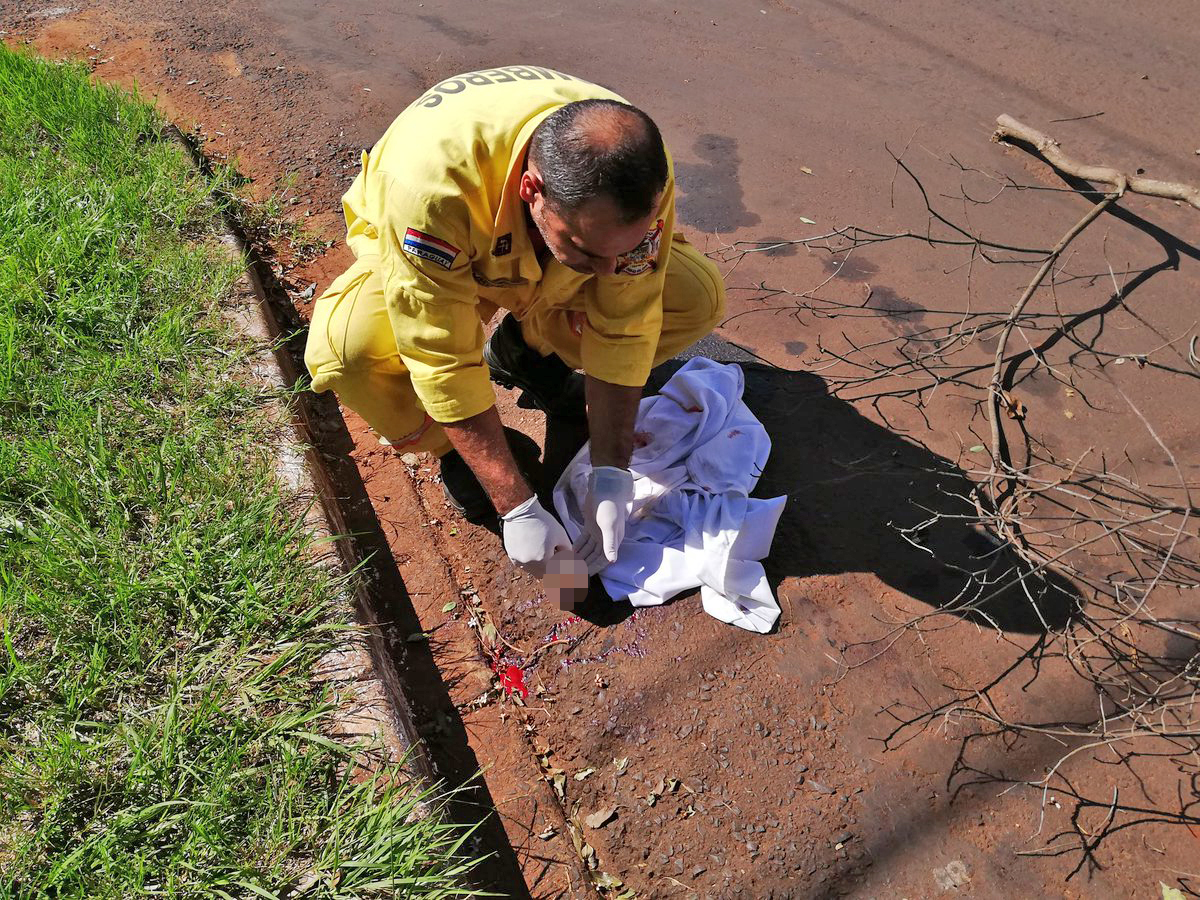 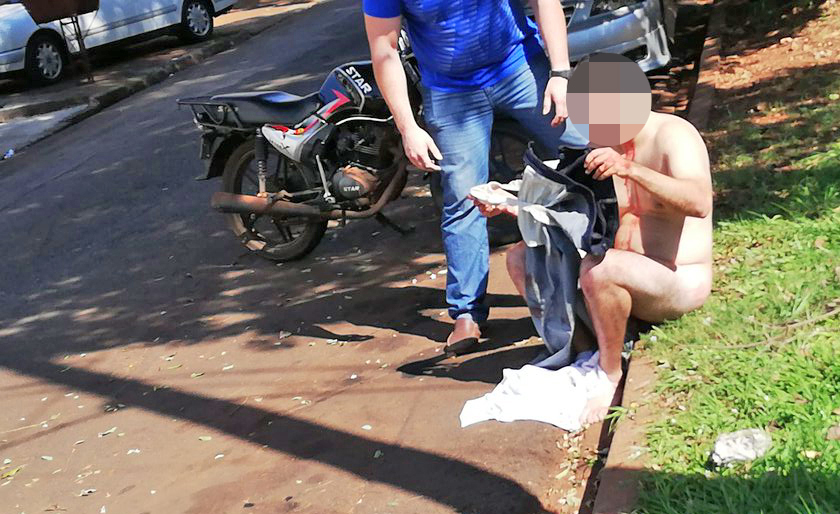