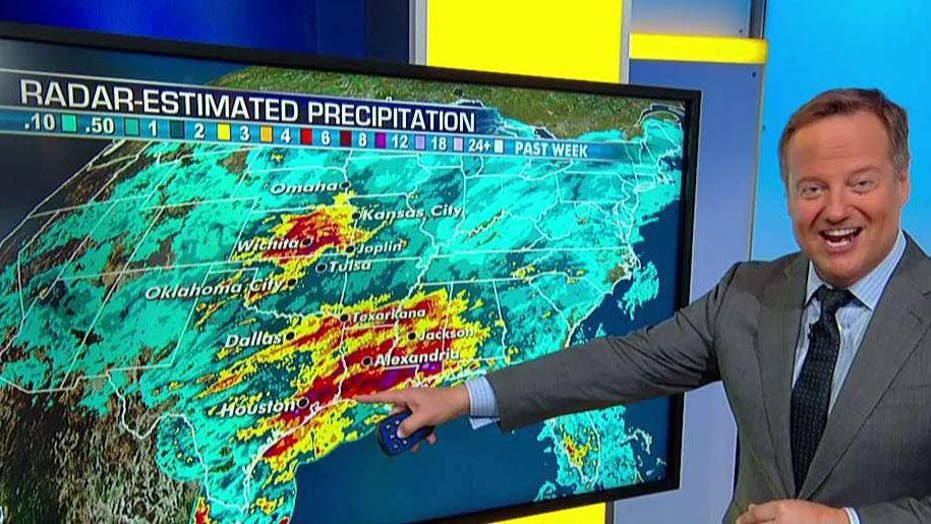 National forecast for Sunday, May 12

Rick Reichmuth has your FoxCast.

Heavy rains from a storm system sparked flash flooding that turned deadly across portions of the Southeast on Sunday and may have also contributed to a freight train derailment.

Flash flood warnings were posted in New Orleans and surrounding areas until 1 p.m. on Sunday as strong storms moved through the area. The National Weather Service's Storm Prediction Center said there was still the risk of "excessive rainfall from parts of the Central Gulf Coast to the Central Appalachians/Mid-Atlantic."

"Showers and thunderstorms will linger along the Eastern Gulf Coast and parts of Florida through Tuesday morning," the NWS said. "Rain will also develop over parts of the Lower Great Lakes/Ohio Valley into the Northern mid-Atlantic and parts of the Northeast."

Heavy rain over the past couple of the days has contributed to rising river levels in Louisiana and Mississippi. 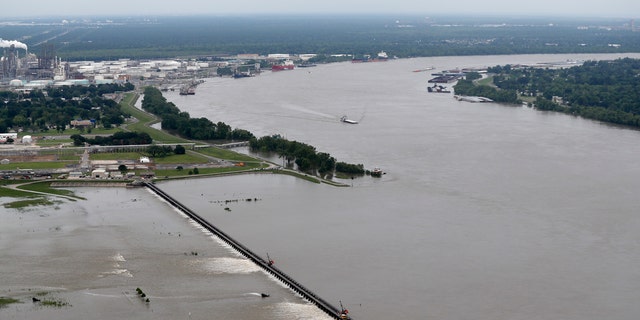 Torrential rains in Louisiana brought such a rapid rise on the river that the Army Corps of Engineers is opening the Bonnet Carre Spillway four days earlier than planned. Spokesman Ricky Boyett says the river rose six inches in 24 hours.
(AP Photo/Gerald Herbert)

"We've had so much rain this week, especially areas of Kansas, parts of Oklahoma, and then right here across areas of the Southeast, Texas, much of Louisiana, Mississippi; it's caused incredible flooding," Fox News Chief Meteorologist Rick Reichmuth said on "FOX & friends." 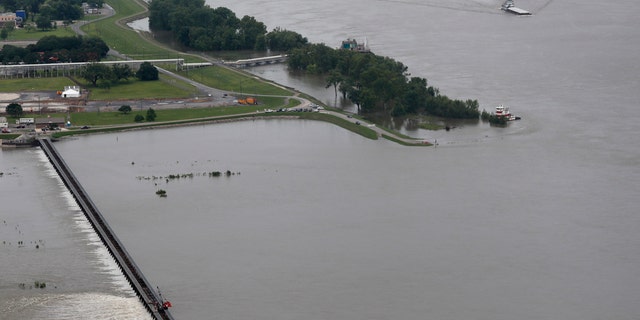 The floodwaters also caused at least two bridges to wash out in the county, according to officials.

Flooding caused the Mississippi Highway Patrol to close part of Highway 49 in Stone County Sunday morning. The flooding may also have contributed to the derailment of a freight train near Lumberton a little after 7 a.m. Saturday.

The derailment, in Pearl River County, happened as the train traveled from Birmingham, Ala., to New Orleans, Norfolk Southern spokeswoman Rachel McDonnell Bradshaw told the Associated Press. Three of the cars were carrying steel and 25 were empty, Bradshaw said. She said no hazardous materials were involved and no injuries were reported.

Mississippi Gov. Phil Bryant said Sunday on Twitter that he had signed a state of emergency declaration for all areas affected by the storms.