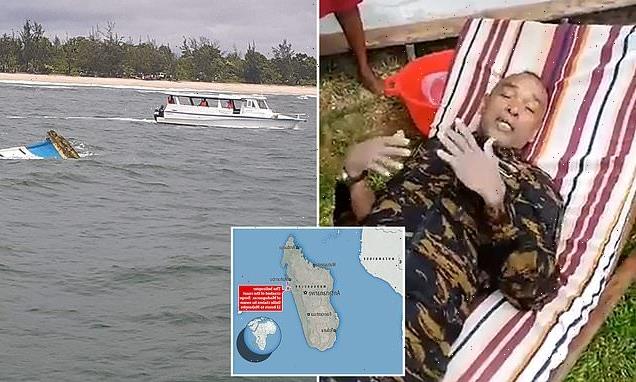 A minister in the Madagascan government claims he swam for 12 hours to reach the safety of shore after his helicopter crashed into the sea.

Police Minister Serge Gelle had been involved in a rescue operation to search for people still stranded following the sinking of a passenger ship off the northeast coast of the country.

At least 64 people have been killed after the wooden vessel, believed to be a cargo ship carrying 130 passengers illegally, sank in the Indian ocean on Monday.

The death toll rose after authorities recovered an additional 25 bodies near the Sainte-Marie islands this morning.

Forty-five passengers were rescued and around 20 remain missing. The search for survivors continues. 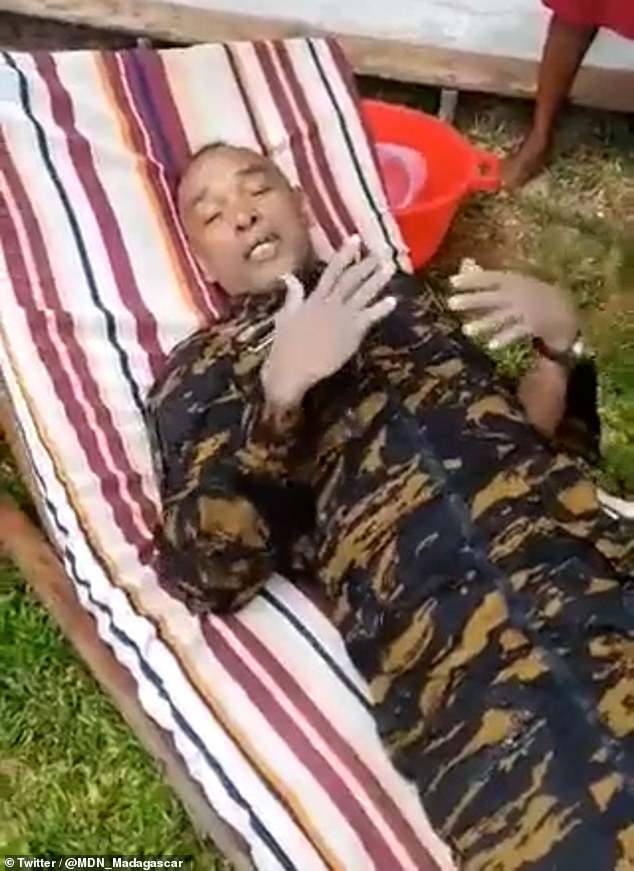 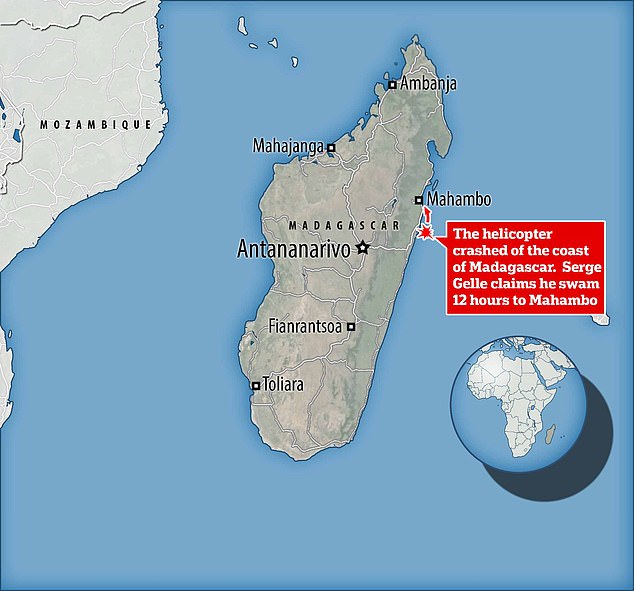 Maritime authorities said initial investigations suggested the vessel’s engine had a ‘technical problem’, leaving the boat vulnerable to tidal forces and causing it to run aground on a reef.

Aiding the search efforts, Gelle had been a passenger in a helicopter involved in a rescue operation near the area the ship went down when the vehicle crashed.

He claims to have then swum for 12 hours, between 7.30pm and 7.30am, in order to reach the Madagascan coast near the coastal town of Mahambo.

And speaking this morning in a video shared to social media, he said that although he was cold, his time ‘hasn’t come yet’.

He added: ‘I would just like you to broadcast this video for my family to see, my colleagues to see, the government members to see. [I am] alive and well.’

Two other officials who had been in the helicopter with him are also reported to have survived the crash.

A search is still underway to locate two more people who were onboard the helicopter, and it is not yet clear why the vehicle went down in the sea.

Police chief Zafisambatra Ravoavy told news agency AFP that Mr Gelle had used one of the helicopter’s seats as a flotation device.

‘He has always had great stamina in sport, and he’s kept up this rhythm as minister, just like a 30-year-old… he has nerves of steel,’ Mr Ravoavy said.

Mr Gelle had served in the police for three decades before being appointed as Police Minister in the Madagascan government in August. 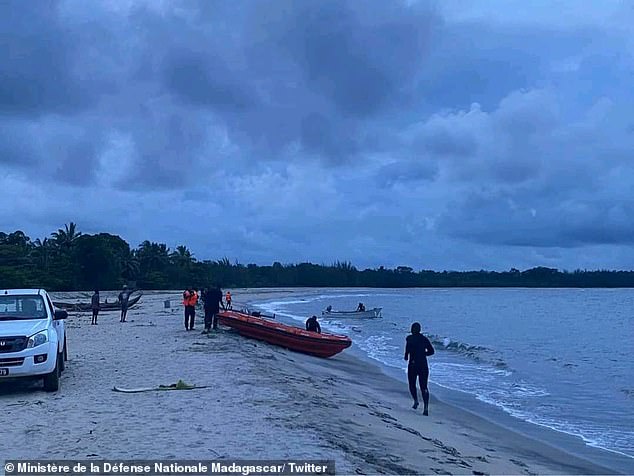 Pictured: Search teams head out in small boats to continue to search for two men who were in the crashed helicopter, and are still missing