THE UK's highest ever surge in daily coronavirus cases was boosted by the delayed recording of positive tests in England from up to six days earlier.

On Saturday we reported how the country had been rocked by 12,872 new infections recorded in the space of just 24 hours. 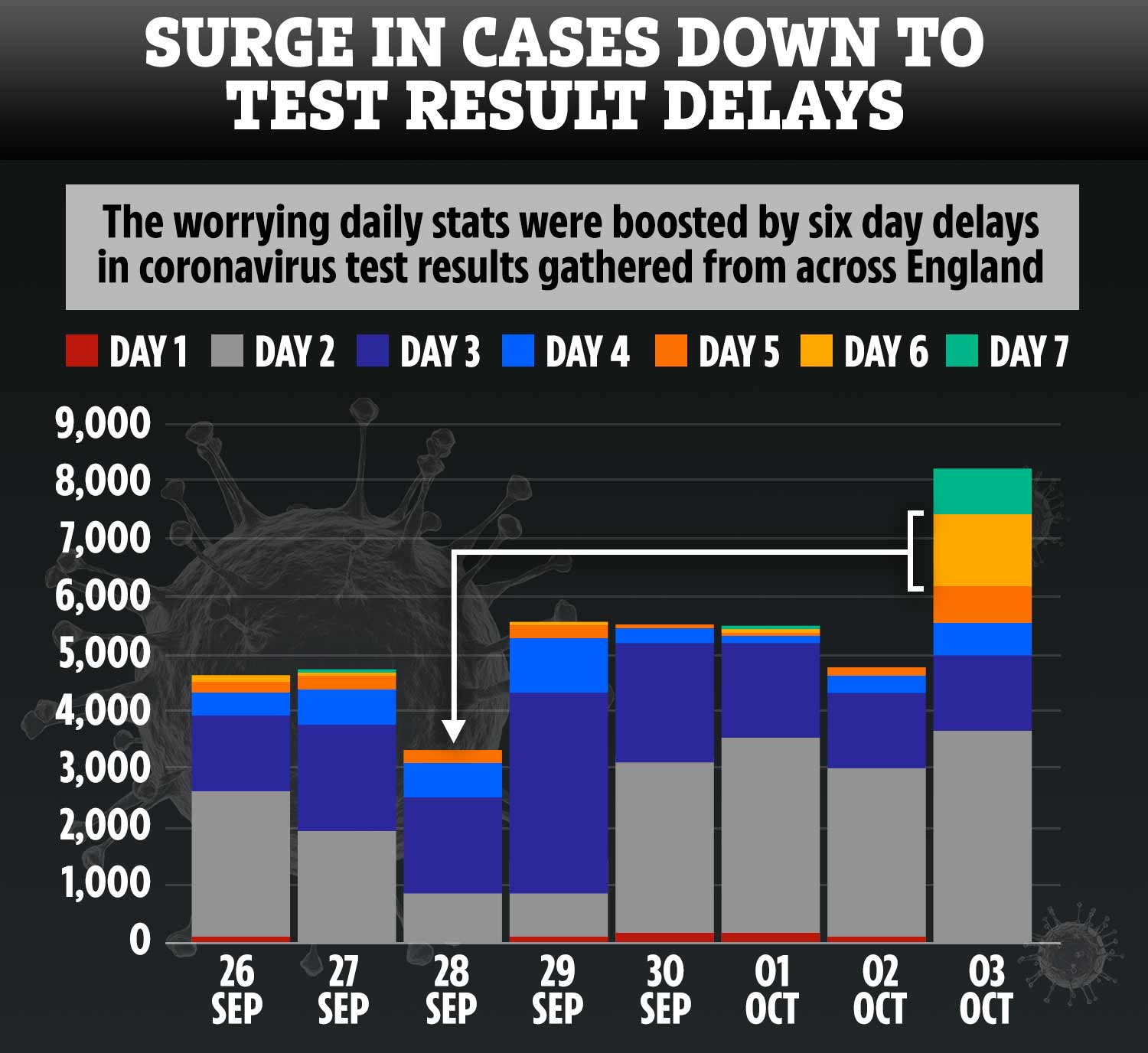 The rise was almost double the previous daily record of 7,143, which was recorded on September 29.

It was also far larger than Friday's rise of 6,968 positive tests and the 6,042 recorded last Saturday.

The figure brought the total number of confirmed cases in the UK to 480,017

However, a chart pulled together using government statistics reveals October 3's figure was boosted by thousands of delayed positive results.

It shows Saturday's statistics were sent soaring by positive tests from up to six days before.

It also explains why the daily figures for earlier in the week – particularly September 28 -were so relatively low. 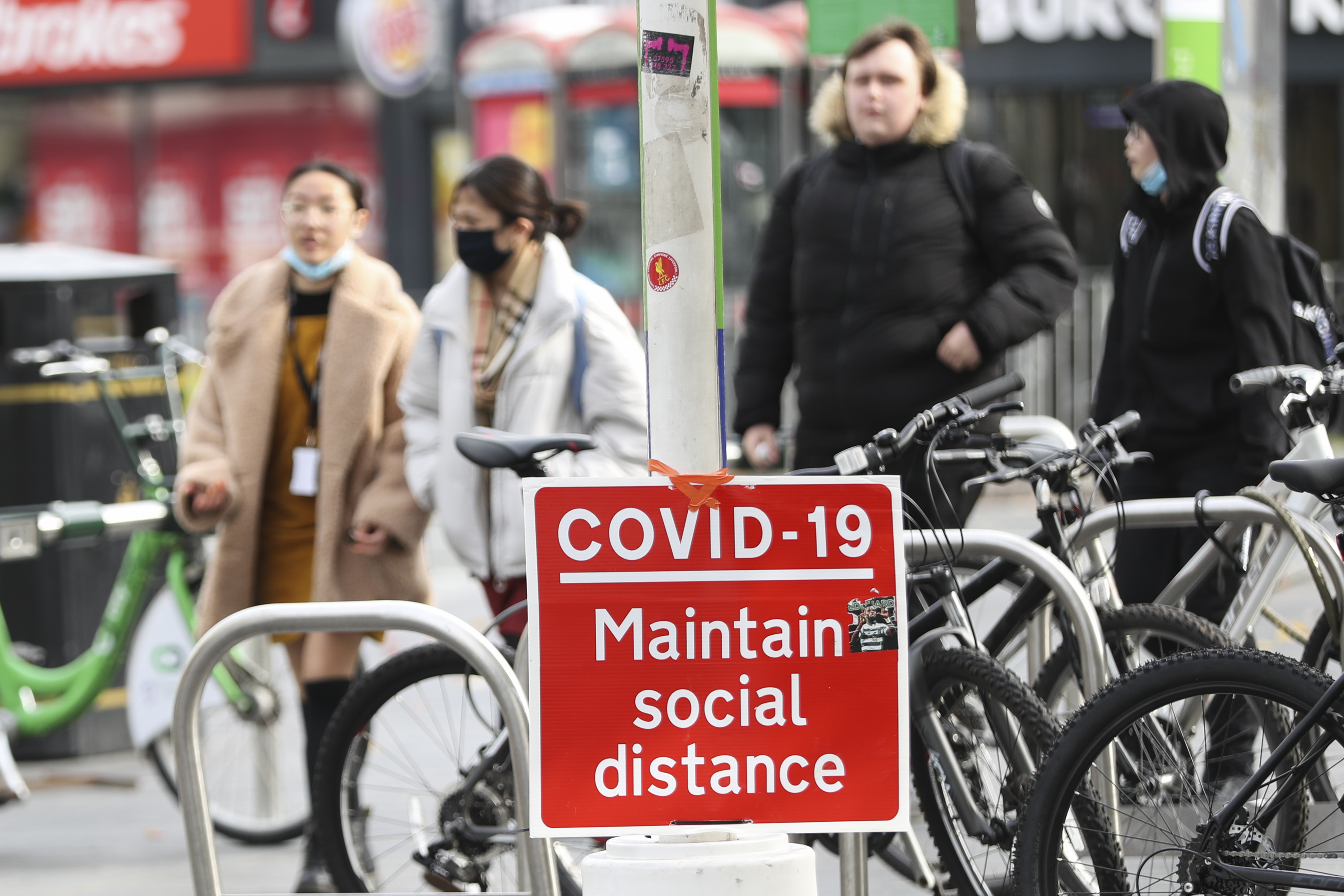 He wrote: "Just to be clear, one of the big elements of today’s massive leap in COVID-19 infections from circa 7k to almost 13k is a ridiculously long lag of more than six days for thousands of results."

The Government has already revealed a data glitch will mean some daily stats will seem higher than they actually are.

A statement on its coronavirus data website reads: "Due to a technical issue, which has now been resolved, there has been a delay in publishing a number of Covid-19 cases to the dashboard in England.

"This means the total reported over the coming days will include some additional cases from the period between 24 September and 1 October, increasing the number of cases reported."

A spokesperson for theDepartment of Health and Social Care added: "This issue does not affect people receiving their Covid-19 test results. 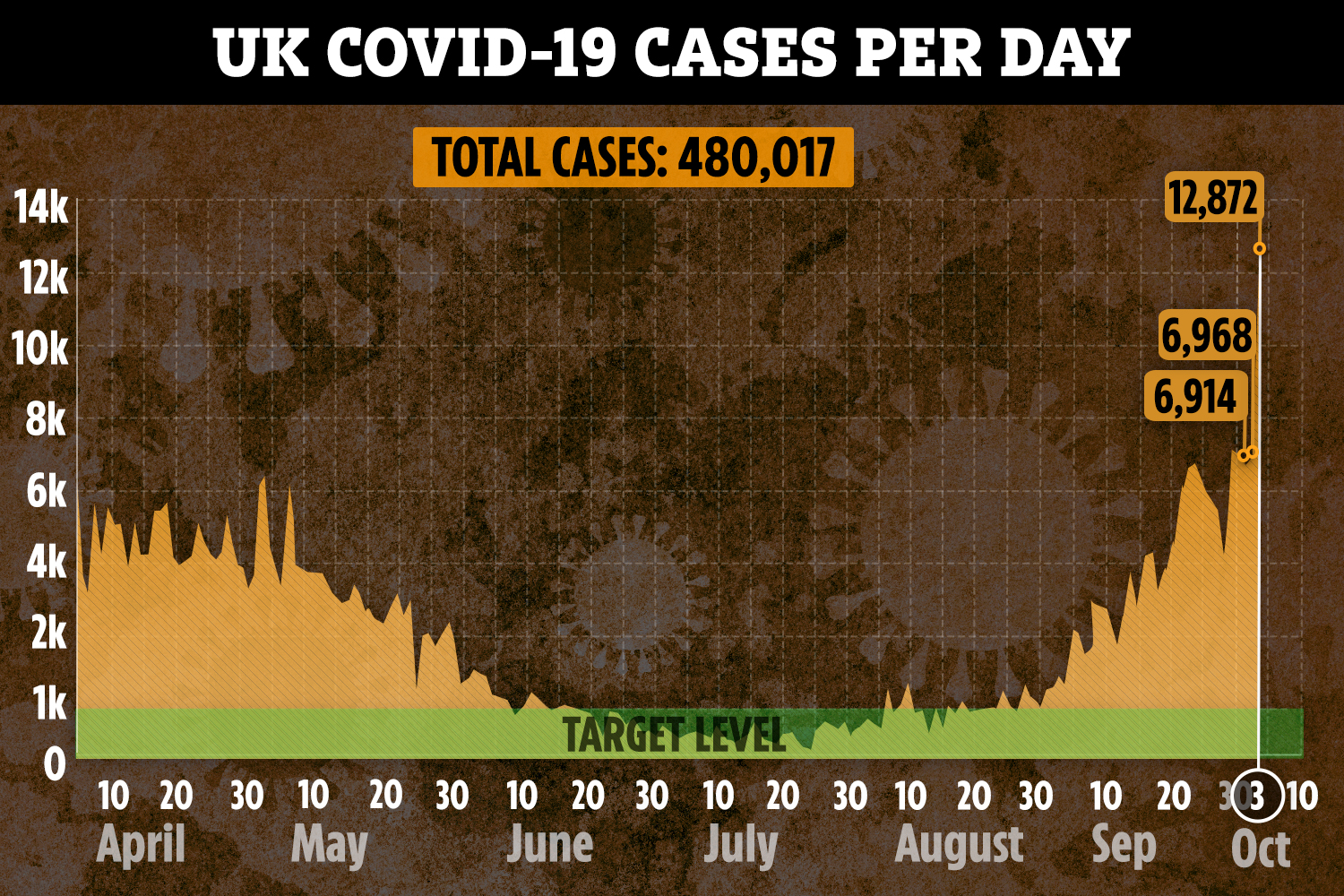 "All people who tested positive have received their Covid-19 test result in the normal way."

In England, 42 more hospital deaths were confirmed, bringing the total number of covid fatalities in English hospitals to 30,138.

The patients, who died between August 8 and October 2, were aged between 44 and 100 – and three of them had no underlying health conditions.

Another 764 cases were recorded in Scotland today, while another 576 were logged in Wales.

It raises the death tolls in those countries to 2,530 and 1,630 respectively.

One more death was reported in Northern Ireland, bringing the grim figure there to 583.