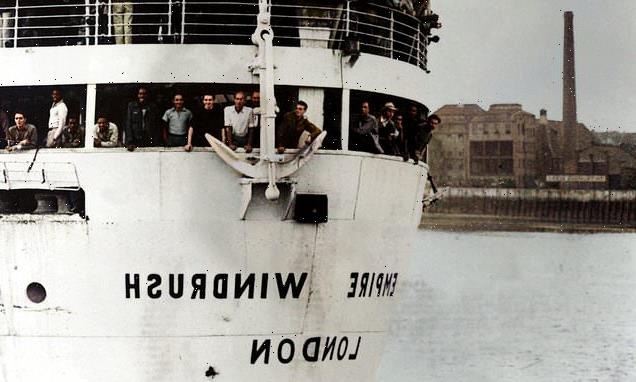 The Home Office ‘appears to be failing’ the Windrush generation a second time through its ill-thought-out compensation scheme, MPs have warned.

They said the remuneration scheme is too complex, too slow to hand out money and understaffed, with only six people hired to deal with a predicted 15,000 claims.

The Windrush scandal erupted in 2018 when British citizens, mostly from the Caribbean, were wrongly detained, deported or threatened with deportation, despite having the right to live in Britain.

Many lost homes and jobs and were denied access to healthcare and benefits.

Following public outcry, the UK Government put in place a compensation programme designed to reimburse those impacted by the scandal.

But the Public Accounts Committee, after reviewing the Home Office’s progress, criticised the approach to redressing the wrongs done to the Windrush generation. 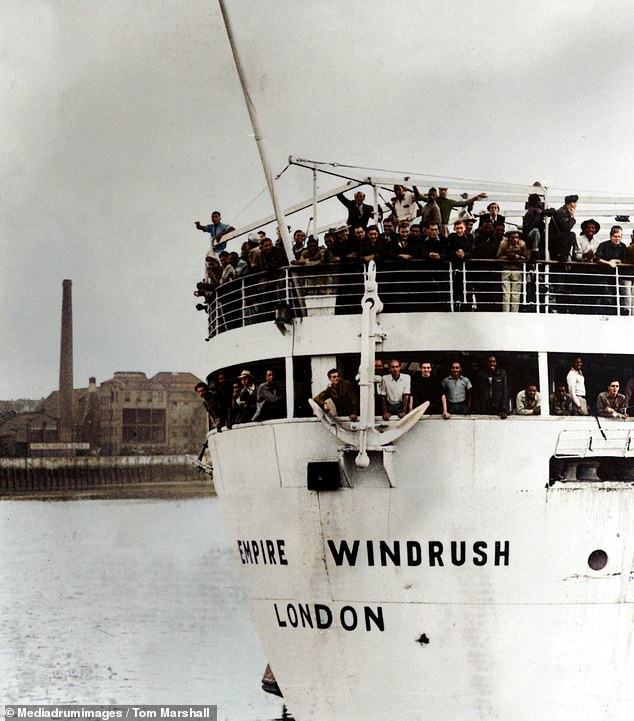 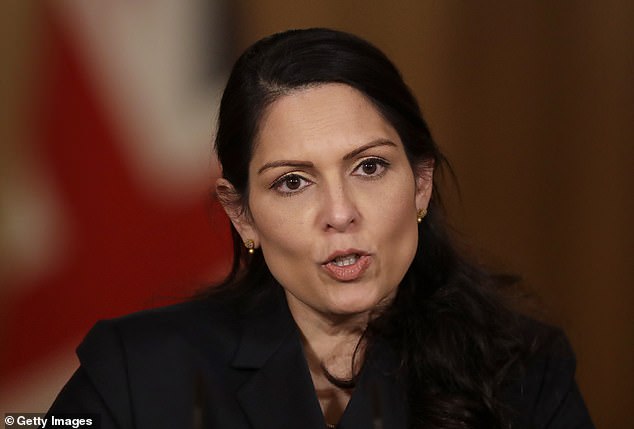 The Public Accounts Committee, after reviewing the Home Office’s progress, criticised the approach to redressing the wrongs done to the Windrush generation

The cross-party group found that some people had died before their claims were dealt with, while fewer than a quarter of claimants have received a payout.

The 17-page report said that when MPs took evidence in June, only 412 of the 2,367 claims submitted had received a final payment despite the process being open for two years.

In an update to the Commons earlier this month, Home Office minister Kit Malthouse put the number of people who had been awarded money at 732, with £24 million paid out from the £32 million on offer.

The PAC report also said people were ‘still waiting far too long to receive compensation’ and that Ms Patel’s department had made ‘little progress’ in processing claims where people had died, resulting in ‘future distress’ for those families.

Only four out of 132 claims made on behalf of the estate of someone who had died had received payment, it added.

In its Windrush Compensation Scheme report, published on Tuesday, the committee said: ‘The Home Office promised to learn lessons from the Windrush scandal, but having failed the Windrush generation once, it appears to be failing them again.’

The Empire Windrush carried one of the first large groups of West Indian immigrants from Jamaica to the UK after the Second World War.

They were among tens of thousands of people – known as the Windrush generation – to arrive from 1948 to help rebuild post-war Britain.

The committee’s findings come less than a week after Home Secretary Priti Patel announced she was scrapping the April 2023 deadline to submit compensation claims, instead making it indefinite. 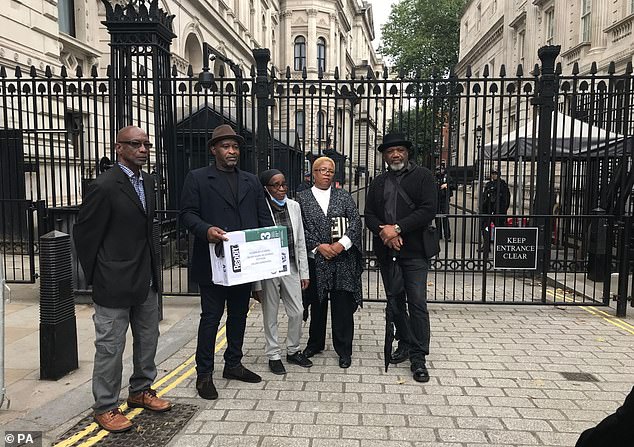 Sabtir Singh of the Windrush campaigners delivering a petition to Downing Street signed by more than 130,000 people in July 2020, calling for action to address failings which led to the scandal [File photo]

Committee chairwoman and Labour MP Dame Meg Hillier said: ‘Let’s not lose sight of the scale of wrongs that the Home Office has promised to right here.

‘Lifetimes in this country were discounted, people’s homes, families and livelihoods were interrupted and uprooted, some were forced from the country.

‘Some were approaching the end of those lifetimes as this tragedy befell them.

‘Some have died without ever seeing justice or receiving the compensation they deserve.

‘Far from learning and applying lessons as promised, the Windrush compensation scheme is beset with the very same issues that led to the initial terrible mistakes.’

The scheme design was ‘too complex’, failing to take into consideration that many of the original difficulties suffered by the Windrush generation were due to not having the documentation they needed to back up their right to remain in Britain, the report said.

‘The department designed a scheme which demands evidence it acknowledges many claimants do not have,’ the MPs noted in the report.

They said government estimates for how many of those hit by the scandal would apply for compensation had been ‘completely wrong’, while there were also criticisms of the lack of caseworkers hired.

The Home Office initially estimated it would receive around 15,000 eligible claims, but so far 2,631 have been submitted.

The PAC found that the Home Office was employing just six caseworkers at its launch to deal with processing claims, compared with the 125 it considered it would need.

‘It has never caught up and appears to still be significantly understaffed,’ the committee concluded.

Last November, Alexandra Ankrah, the most senior black Home Office official working on the scheme, quit, saying it was not fit for purpose.

Under the reforms set out in December , those who can show an ‘impact’ on their life from the scandal will get £10,000 immediately.

They can then launch a full application which could lead to them being handed larger sums.

It is thought the value of the final payments could total somewhere between £90million and £250million.

Reacting to the report, a Home Office spokesman said: ‘The Home Secretary has been resolute in her determination to put right the wrongs suffered by all those affected by the Windrush scandal.

‘Many of the issues raised in this report are already being addressed.

‘Last week, we announced further improvements to simplify the application process, new support measures for those claiming on behalf of relatives who have passed away and the removal of the scheme’s end date.

‘All designed to ensure every victim receives the compensation they deserve.

‘And since December, when the Home Secretary overhauled the scheme, the amount of compensation paid has risen from less than £3 million to almost £27 million, whilst a further £7.1 million has been offered.’