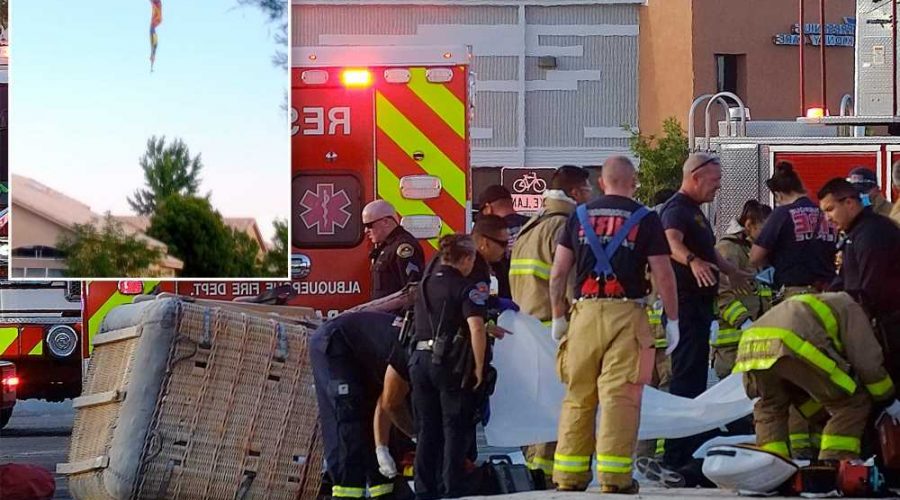 Inside the luxury resort where ‘The Bachelorette’ Season 17 was filmed

Five people were killed when a hot-air balloon crashed into a power line in Albuquerque, N.M. Saturday morning — including the parents of a police officer, according to a report.

The city boasts a vibrant ballooning culture and hosts the Albuquerque International Balloon Fiesta each year.

Martin Martinez, 59, and Mary Martinez, 62, the parents of an Albuquerque Police Department prison transport officer, were among the victims, officials said. Martin Martinez also is a former APD officer.

The passenger basket detached from the balloon and plummeted to the ground, Albuquerque police said.

The names of the other victims were not released.

“To see a balloon go down like this, it’s heart-breaking,” witness Joshua Perez told KOB 4 TV.

Other witnesses reported on social media watching the deflated balloon fall to the ground. It crashed into the yard of a local home.

The Federal Aviation Administration has taken over the investigation, and said the basket fell about 100 feet before crashing onto a street and catching fire.

“We know from experience here in Albuquerque that sometimes winds kick up or things happen that make it difficult for balloons to navigate,” police spokesman Gilbert Gallegos told reporters. “We’re not sure the cause of this at this point. Obviously, the FAA will look into this and determine what the cause was.”

About 13,000 customers lost power because of the crash, according to electricity provider PNM, but power was restored by Saturday afternoon.

26/06/2021 World News Comments Off on Hot-air balloon crash in Albuquerque kills 5, including ex-cop and his wife
Lifestyle